For some, new middle housing is an inconvenience. For others, not having it is devastating. Get ready for change. | Editorial | Bend | The Source Weekly - Bend, Oregon

Under Oregon House Bill 2001, duplexes, triplexes and other multi-family homes must be allowed on any lot that is currently zoned for those single-family homes

Over the past several years, the discussion and then eventual passage of Oregon House Bill 2001 has had NIMBYs on hyperdrive. While each city now has the ability to shape some of the particular policies it implements, the basics of the bill mean that cities in Oregon can no longer allow neighborhoods to be built that allow only single-family homes. Under the new bill, duplexes, triplexes and other multi-family homes must be allowed on any lot that is currently zoned for those single-family homes. NIMBYs have cried foul about the parking, congestion and overall chaos that they believe will ensue when their neighborhoods are allowed to be denser. We see this as a thinly veiled form of racism.

As the City of Bend gets closer to adopting the code changes that reflect the stipulations in HB 2001, expect more heated discussions. Elements of the new code—approved by the Bend Planning Commission July 26—have already been widely discussed, and widely misinterpreted. One of those misinterpretations has come around parking. Some believe that the new code seeks to eliminate all requirements around parking spots in new home developments. That's not true. While the new code does seek to reduce the number of parking spaces required for certain units, no unit will be required to have zero off-street parking. 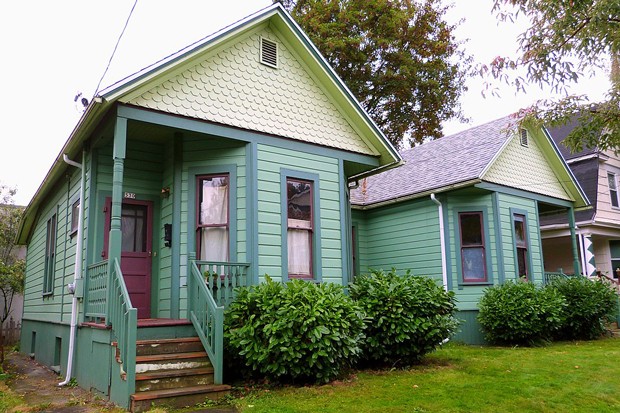 And while the new code would also reduce the minimum lot sizes required for things like triplexes or quadplexes, leaving less room overall for yards or excess parking, the thinking behind the new code, according to comments from Bend City Councilor Melanie Kebler, is that developers will now need to be less concerned about fitting in all the required parking in a development and more focused on the housing itself. We need more focus on housing itself.

In the massive housing crisis that we find ourselves in—one in which a quarter of Bend's population is severely cost-burdened and spends half or more of its income on housing—parking is the least of our worries. Now, with the eventual adoption of this code by the Bend City Council, someone in the duplex next door may park on the street in front of or near your house. So what? If it means fewer people forced to live in tents, motels or cars in front of someone else's home, we'll take it. This is reality.

Similarly, we welcome with relish the part of Bend's proposed code that limits (to one per complex) the number of short-term rentals that can be put into any of the new plexes that get built. Short-term rentals were not addressed in the bill that came from the state, but Bend added that to its proposed code changes anyway. Good—if not restrictive enough. Bend needs housing for locals who want to live here, and shouldn't roll out the red carpet for more armchair hoteliers who want to enrich themselves populating residential neighborhoods with visitors.

Still, one element of Bend's new proposed code does give us pause: the fact that it doesn't mess with existing codes, covenants and restrictions, commonly called CC&Rs, in neighborhoods with a homeowners' association. While existing HOAs can't retroactively put a covenant banning multi-family homes in place now, the ones that already have a single-family home policy in place won't have to roll it back. This is going to foster a level of ultra-exclusivity in the places where those policies are already in existence—and don't expect any HOA to be benevolent enough to do away with those policies if they already have them in place.

For decades, government housing policies such as redlining and exclusionary zoning were tools that made the dream of home ownership—or even the possibility of living in a decent neighborhood—beyond reach for many, and particularly for Black and Brown people in America. Oregon is out front in passing HB 2001, being the first state to pass a bill of this nature. Again, good. Our state's history of Black exclusion laws requires we now do as much as possible to correct history's failings.

Over the next several months, as the Bend City Council decides on whether to approve these changes, much is going to be said in public meetings and in less-formal settings about the merits of the changes.

Locals can belabor the finer points of parking minimums or other particulars of the city's new codes, but like it or not, HB 2001 is here to stay. Be ready for change.