For the Love of Coffee | Beer & Drink | Bend | The Source Weekly - Bend, Oregon

For the Love of Coffee

Brent Kennedy didn't always intend to be in the coffee business, but when an opportunity to purchase a small coffee house presented itself in 1998, he and his wife, Bonnie, decided to take over. At the time, Bonnie was working as a barista and it felt serendipitous. After leaving their respective jobs in the small ski town of Mammoth, California, the original Looney Bean was born. 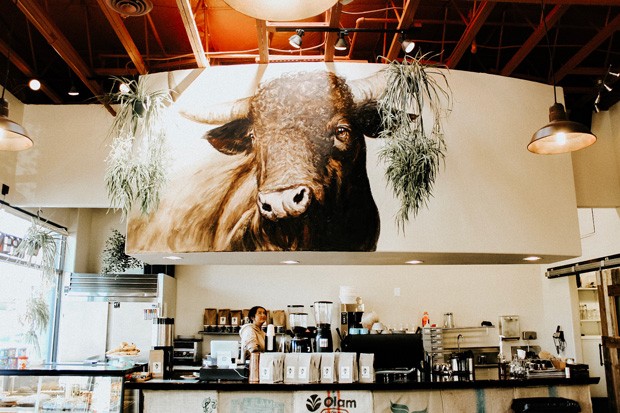 Soon after taking over, Brent developed a deep appreciation for roasting and making coffee. They moved their family to Bend in 2005 and opened Bend's Looney Bean in 2010. While building and growing five Looney Bean locations had been Brent's life's work up to this point, he decided to pass the torch onto a couple who took over in 2013. With more time to hone his coffee craft, Brent decided that roasting his own beans was the next chapter of his pursuit to better coffee. Bend Roasting Company, which resides on Empire, continues to provide high-grade beans to local grocers and coffee shops—including, you guessed it, Looney Bean.

But this isn't where the Kennedy family's story of creating hand-crafted coffee drinks ends. The next generation of Kennedys—Brent and Bonnie's two daughters, Paris and London—have the opportunity to follow in their parents' footsteps. They purchased Bom Dia Coffee and took over in July. The girls have created an array of frozen coffee concoctions, including an activated charcoal frozen mocha and their famous "Velvet Elvis," comprised of white chocolate, espresso, caramel and blended Oreo.

Intrigued by the activated charcoal frozen mocha, I had to visit the coffee shop myself. I'm not sure that activated charcoal actually has much of a taste, but the frozen concoction is tasty as heck. I anticipated a tarry, chalky mixed drink, but was instead met with a smooth and velvety mocha with hints of toasted coconut and dark chocolate. And, no, there were no stained teeth in the reviewing of this drink. 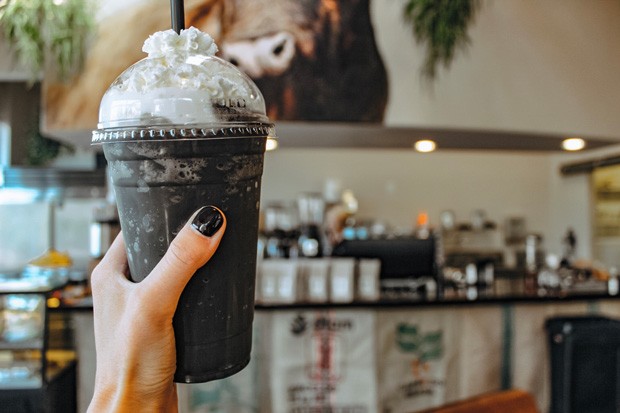 While the Kennedy daughters are still finding their place in the coffee world, they're slowly putting their own touches on the space that has maintained most of its previous décor. They've dressed the space in flowing greenery provided by the indoor plant pop-up, Somewhere That's Green (the plants are all available for purchase, as well). Too Sweet Cakes continues to deliver daily breakfast burritos and, my personal favorite, house-made Cronuts.