Foresee Sick and Bed Over Backward

Your body is your temple!

I'm good friends with an ex. She's a great person, but we just don't work romantically. For two years, I've been seeing a woman I love and want a future with. She initially said she was fine with my friendship with my ex. Two months ago, she said she was uncomfortable with it and it might even be a deal breaker. How is it fair for her to decide this now? 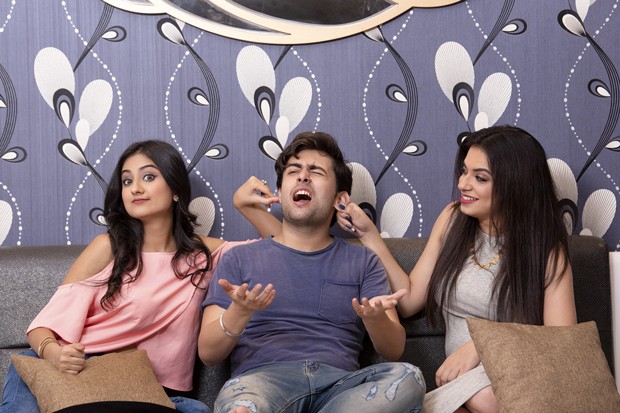 There are a number of things absent from straight men's friendships with other men—namely how two dudes boozing it up together on the couch never leads to anyone's bra being yanked off and flung onto the ceiling fan.

Two years ago, your girlfriend did say she was okay with your friendship with your ex. So, your feeling like you've been played is understandable—but probably driven the (very common!) tendency to overestimate our ability to engage in reliable "affective forecasting." "Affect" is researcher-ese for emotion, and affective forecasting involves predicting how some future event will make us feel. Research by psychologists Daniel Gilbert and Timothy Wilson suggests we're pretty bad at foreseeing what we'll ultimately want and how happy or unhappy it will make us down the road.

Our guesses about how we'll eventually feel are colored by our circumstances and preferences at the time we're making a prediction. For example, before your girlfriend was very attached to you, she might've believed your friendship with your ex was (and would keep being) no biggie. As her love for you grew, the stakes of losing you loomed large in a way they didn't back in the cool light of "Mmmkay, let's see where things go with Mr. (Possibly) Right."

Tell her you want to understand her feelings—and do something few people do when they have a goal of their own in mind: Listen fully and open-mindedly (as opposed to giving the appearance of listening while mentally cataloging all the fantastic points you'll make). Hearing her fears could help you empathize with her—which should make her feel understood. Explain why she has nothing to worry about (uh, assuming that's the case). You might also actively reassure her: regularly do stuff to show how much you love her. Ultimately, however, you might have a big ugly choice to make if you can't get your girlfriend to stop seeing your friendship with your ex as something along the lines of Wile E. Coyote getting the night watchman gig at KFC.

I'm a female college freshman. I was always told that college was the ideal place to find a partner. Disappointingly, there are many more women than men in my year. I want to date a guy and get to know him before having sex, but most of the women seem to hook up right away. I worry that I can't compete with them, as I'm not comfortable with that trend of behavior.

Your body is your temple! Unfortunately, much of your female competition on campus sees theirs that way, too—only their temple's Angkor Wat, where there's a dude outside admitting the crowds with a clicker.

Colleges have become degree-granting hookup-aterias. There are a number of reasons for this, but you point to a biggie in your email: Over the past 40 years, there's been a growing imbalance of women to men on campus. At the end of the 2020-21 academic year, women made up 59.5% of college students—"an all-time high"—to men's 40.5% (per The Wall Street Journal). That's almost three women for every two men... on average. Some campuses have an even worse guy-girl gap.

Though we're all walking around with pocket supercomputers (which women can use to click their way to home delivery of reliable birth control), our psychology is still tuned for an ancestral world. For ancestral men, hooking up was evolutionarily optimal in a way it was not for our prehistoric lady ancestors. (Guys only get pregnant from sex in creepy sci-fi movies.) The ancestral Adonis with all the notches in his spear handle would likely have left more surviving descendants to pass on his genes.

Sexual "economics" work like the monetary kind. An oversupply of women to men gives men the upper hand: transforming the mating "market" into one where men's evolved preferences rule. In short, women respond to the campus man famine (or more technically, the biased "sex ratio") "by offering sex without requiring high levels of commitment," explain evolutionary social psychologists Justin Moss and Jon Maner.

Assuming you continue to give hooking up the thumbs down, you might shop for potential partners off-campus (at events or via dating sites), where male-female ratios are less imbalanced. This should keep you from needing to make certain sacrifices to compete for men—like offering really great sex and throwing in a kidney.