The U.S. Forest Service wants to change the way it evaluates the environmental effects from certain projects on federal land, a move that environmental leaders warn would violate both the letter and the spirit of the law—and put everyone involved in court. 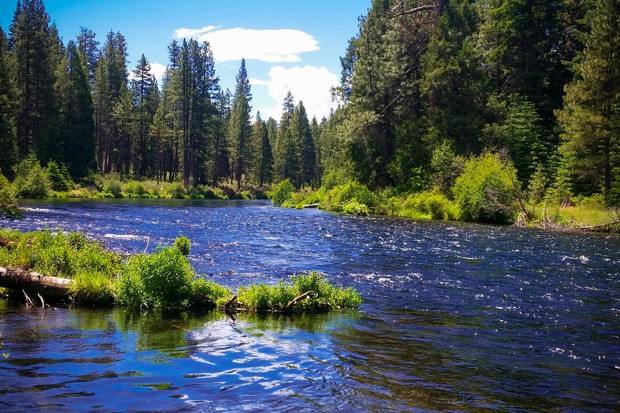 The federal agency has proposed changing its own rules that it uses to comply with the National Environmental Policy Act as a way to speed up projects that it argues would not have significant environmental impacts. Organizations in Oregon and elsewhere see the move and its possible ramifications very differently.

"Specifically, these changes would create loopholes that could vastly increase the amount of logging and mining on public land, while keeping the public in the dark and eliminating science-based reviews," Chandra LeGue, Western Oregon field coordinator with Oregon Wild, wrote in an action alert for the nonprofit. "In my nearly 16 years with Oregon Wild, I've seen very few scarier proposals."

The first major environmental law in the U.S., NEPA requires federal agencies to assess the environmental effects of their proposed actions before making decisions. The Council on Environmental Quality, created with the signing of NEPA in 1970, calls NEPA "our basic national charter for protection of the environment." It sets policy and goals and ways to carry them out, the council's website states, and it set a "bold new vision for America." The law acknowledged decades of environmental neglect that had degraded the nation's landscape and damaged the human environment, the council notes.

Part of the Forest Service's proposal involves adding or expanding the "categorical exclusions" bucket—a list of activities that agencies have found do not have significant environmental impact and need no extensive analysis. The Forest Service argues that it takes far less time to do a categorical exclusion and wants three types of projects—restoration, infrastructure work and special uses—to automatically fall under that option.

Under the proposal, restoration activities, focused on improving ecosystem health or watershed conditions, could not exceed 7,300 acres; any timber-harvest work would need to also include another restoration activity; and harvested acres could not exceed 4,200 acres of the 7,300 acres. For instance, restoration could include commercial timber harvesting to remove diseased or infected trees, plus doing stream restoration work, in a 4,200-acre area. Another example: thinning and prescribed burning of overgrown areas near communities. Infrastructure could include decommissioning several miles of roads or trails that cause resource damage; or building or removing campsites. Special uses could include building a water pipeline and storage tank, allowing construction of a communication site, or letting an outfitter lead guided hikes.

"In each of these examples, and based on analysis of similar projects, the necessary environmental review to authorize these types of important activities could be completed in less time with reduced process while maintaining important environmental safeguards," the Forest Service stated in its materials on the proposal.

“It’s a really big bite at the apple that the agency is attempting to take…The scope of the potential impact is huge here.” —Susan Jane Brown tweet this

The Forest Service expects the changes to result in lower costs and time spent on environmental analysis, for the agency, the public and others involved; and faster development of, access to and use of forest goods and services from healthier, more productive forests. The agency has cited too much time, money and staff spent on NEPA analyses and documentation, saying it was not meeting agency, public or stakeholder expectations to improve lands, create jobs and provide economic and recreational benefits. The agency has also cited huge costs in wildfire suppression work that also stretches staff and resources; and a backlog of more than 5,000 applications for new special use permits and ones for renewal. Making environmental analysis more efficient, the agency stated, would help it "do more to increase the health and grasslands and be more responsive to requests for goods and services."

"The proposed rule would contribute to increasing the pace and scale of work accomplished on the ground and would help the Agency achieve its mission to sustain the health, diversity, and productivity of the nation's forests and grasslands to meet the needs of present and future generations," the Forest Service stated in the Federal Register.

Others agree, including Lawson Fite, general counsel for American Forest Resource Council, a trade association in Portland that represents wood products industry across five western states, with a focus on federal and state lands.

"We strongly support these rules," Fite said, calling the reforms modest, long overdue and based on a review of cases. He expects the change to ensure projects that don't need an environmental impact statement don't have one. And he expects the effort to streamline and focus NEPA compliance work, resulting in more informative documentation than "multi-inch thick" environmental impact statements "that cover every conceivable aspect."

"An EIS can be long but uninformative," Fite said.

Fite also expects the changes will help the agency complete more work, including more forest restoration work and thinning projects that help reduce the intensity of wildfires. He does not expect the changes will cut the public out of participating. These are projects that won't have significant impacts, work that the agency has done for decades and doesn't affect the environment in a meaningful way, he said. And it's good work. He wants to see more of it, including thinning projects in Central and Eastern Oregon.

"It's a real step in the right direction," Fite said.

To Char Miller, director of environmental analysis at Pomona College in California, the whole effort is ironic.

The reason NEPA was established in the first place was because the Forest Service refused to allow the public to participate in its processes, said Miller, who has written several books on land issues in the West.

"Congress hammered the agencies," Miller said. Especially the Forest Service, he added. Congress made the agencies invite the public back into the conversation on managing its lands and resources at a time when the landscape was being clear-cut, largely to help build homes, he noted. NEPA and other big environmental laws emerged around the same time and helped change the dynamic, he said.

Miller also noted that many of those working for federal agencies are there because NEPA required analysis that led to creating those positions—including biologists, hydrologists and sociologists. And now NEPA has 50 years of precedent. Miller expects "a tidal wave of lawsuits" if the changes proceed.

He called the proposal a dangerous step for any agency to pursue, in part because the courts will not side with them. Miller expects the push came from the Trump Administration, but it's the agencies that will lose face with the public and lose in court, he said.

"The minefields into which these agencies are moving are minefields and they can expect to get blown up," Miller said.

Deschutes National Forest will implement the rules that ultimately get put into place, said Kevin Larkin, Bend-Fort Rock District ranger at Deschutes National Forest, part of the Forest Service. Larkin said the agency could not comment on the draft rules during the public comment period. But leaders at DNF will be paying close attention and want to ensure public involvement there while keeping processes as efficient as possible, said Larkin, who noted a good collaborative relationship with the community that he wants to see continue. 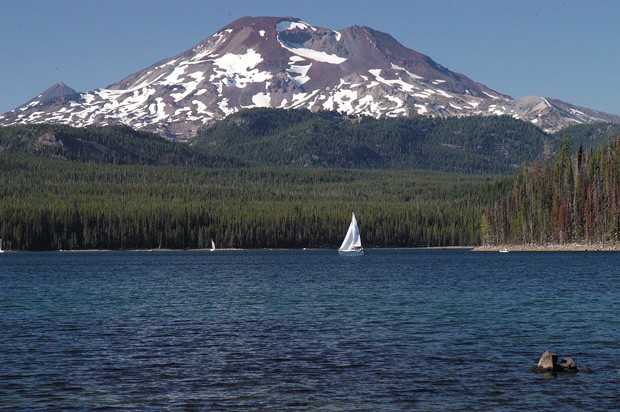 "We all want an efficient government," Brown said.

But the change would shift much of the work the agency does on its lands to the categorical exclusions category, she said, letting those projects proceed with no opportunity for the public to comment on them.

Brown called the proposed change the biggest she'd seen from the Forest Service on NEPA in 20 years.

"It's a really big bite at the apple that the agency is attempting to take," Brown said. "The scope of the potential impact is huge."

Categorical exclusion is meant to apply to such work as mowing lawns near ranger stations and installing interpretive signs, Brown said, warning that the agency is expanding the tool well past its original intention and trying to do a lot more with less analysis and less public oversight. Brown expects that all kinds of projects could fall in the categorical exclusion bucket, including mining projects, oil and gas development and ski area development.

Public feedback is "what NEPA is designed to facilitate," Brown said. She knows that involving the public in project input takes time and can be frustrating.

"But these are our lands. We own them," she said, calling the Forest Service a steward. She also noted Central Oregonians' interest in outdoor recreation—and the possibility for projects on those lands to advance without their knowledge and input.

"People are going to notice and then they're going to be mad," Brown said.

After a public comment period ends, the Forest Service will review the input and make the final decision on its proposed rules.