Could this apparent change in personality point to dementia?

My husband died of a heart attack at age 75. On his phone, I saw several unsettling texts from younger women, alluding to improper liaisons and asking for money. We often helped needy families, but I'm suspecting these women tempted and took advantage of a kind, caring old man, or maybe he turned dirty old man (looking for something more exciting than his wife). Before his death, he started viewing pornography online and seemed not quite himself. Could this apparent change in personality point to dementia? Finding these texts has turned my grieving upside down. I'm often angry with him for possibly cheating on me. I'm not sure how to put this to rest in my mind. 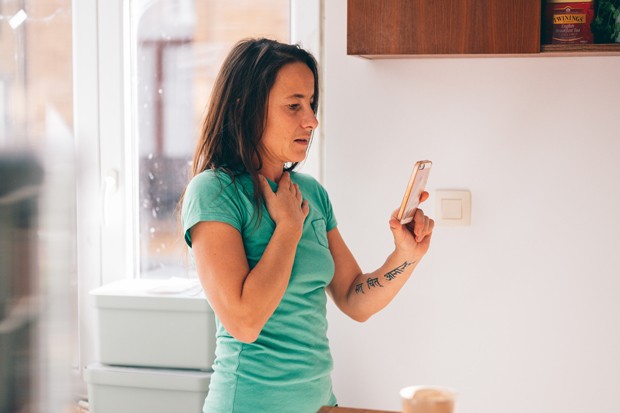 Sadly, elderly men are often easy prey for young scamstresses. These women sexually tempt or even just flatter an old man out of his money—all, "You remind me of that dude from 'Star Wars'!"—making him think of himself as a young, hot Harrison Ford (when the "dude" he actually resembles is Yoda).

I'm so sorry—both about the death of your husband and the apparent death of what you believed about him and your marriage. But I'm hoping my frank exploration of what you do and don't know will help you make your way to peace of mind.

First, it is possible your husband's apparent behavioral changes were due to dementia. Dementia is not technically a disease but an umbrella term for "a decline in mental ability severe enough to interfere with daily life" (per the Alzheimer's Association). Symptoms include personality changes, memory issues, and impaired reasoning. "Alzheimer's disease is the most common cause of dementia, accounting for 60 to 80% of dementia cases."

My friend Stef Willen wrote movingly in her McSweeney's column about the tragic thief of self that is dementia, explaining, "For most of my life, my days with my grandmother had been spent hiking, identifying birds and having beers in a small-town Colorado bars. ... I'd always thought she'd die of a swift heart attack, but death snuck in the back door and did a real hit and miss job. None of us even noticed until the essential parts of her began to go missing."

Her grandma's doctor explained to Stef that her grandma's neurons weren't communicating. Some were dead, and some weren't firing in the correct pattern. As Stef put it: "Apparently, who we are is an electrochemical reaction, and my grandmother had blown her circuits."

Dementia messes with the functioning of the brain's "prefrontal cortex" (PFC), the section just behind your forehead. If you think of your body as a factory and your behavior as the workers, the PFC is the executive boardroom of you: in charge of planning, prioritizing, remembering, reasoning, and "inhibitory control" (professor-ese for resisting temptation). That last one, when the PFC's cells are in healthy working order, keeps us from just giving in to whatever impulse—sexual, gluttonous, violent, or just rude—flies into our head.

But let's back up a sec. You don't know whether your husband had dementia, as he was never diagnosed. Sure, you've pulled together disturbing fragments of information, and they're pointing you toward a conclusion. But you can't know whether your conclusion is correct—though I'm guessing you strongly suspect it is, because that's how our minds evolved to work.

Uncertainty—ambiguous situations, partially answered questions, and other forms of mental untidiness—fill us with anxiety and dread. This makes evolutionary sense—survival sense—because wanting these uncomfortable feelings gone motivates us to try to get answers and information. Knowledge we acquire (of possible lurking harms) really is power: power to take meaningful steps to protect ourselves.

However, our brain has a feature (that's also a bug!): a psychological mechanism in the left hemisphere—named "the interpreter" by cognitive neuroscientist Michael Gazzaniga—that works like mental grout. When we're wading through ambiguities or spot inconsistencies in our behavior (or others'), the interpreter creates stories to fill in the blanks: stories that make us feel comforted, consistent, and smart. Conveniently, no sooner does our mind spin some explanatory yarn than it turns right around and believes it, as if it were cold, hard fact.

Since you can never know the full story, it's pointless to torment yourself by rerunning painful bits of information and guessing. However, you could find comfort by using that crafty bugger, the interpreter, to your advantage. Shift over to the story you do know—the happy, loving times you two shared for decades—and focus on that. If you're gonna go in for torment, make it a healthier class of it—like hot yoga (aka the commercialization of hot flashes paired with stretches easily accomplished by anyone who finds a wizard to turn them into a wire twist-tie).