A sneak peek at The Get Ahead's upcoming album

Portland band The Get Ahead is a close-knit group of musicians. They're five close friends, including two couples—one of which just became new parents. It's really like one big musical family. The band's upcoming album, "Deepest Light," features vocalist Juliet Howard on the cover in the midst of her pregnancy. The band says the art was meant to "celebrate the glorious and magical creative power of women." While some told the group that the cover might deter some listeners, the band didn't shy away. "Deepest Light" is a record meant to cover everything life has to offer. 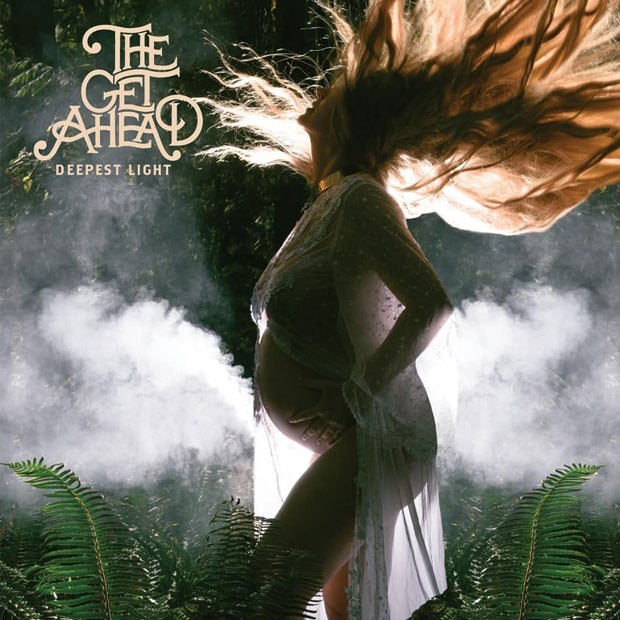 Luckily for me I got a sneak-peek at the album before it releases April 26. "Deepest Light" is 11 tracks long—a great combination of soul, rock and folk music. Here's a list of my four favorites on the record, which ultimately as a whole, is a strong effort that I'll be sure to come back to.

As soon as Nathan Earle comes in on this album opener, it's hook, line and sinker. Earle possesses a tone that's both inviting and strong, and when Earle lets it go at the 2:20 mark it makes for one of the best moments on the album. The icing on the cake is the sweet saxophone coming in under the hook. I'm a sucker for some good sax.

Earle is using his pipes to the max on this one, leaving trails of some nicely executed runs all over the title track. This song is definitely a little groovy – while listening at my desk, my legs were clearly doing things the rest of my body wasn't. My advice would be to not fight it, because "Deepest Light" will probably win. It makes sense why the band would release this as a single. Stick around for the brief but rocking guitar solo to close out the song.

This is prime folk music – emotional, strong, vast and dreamy. It details the search for a sign, marker or really anything to help point you in the right direction on this meandering road of life. I can already see the many lighters (cellphones?) that will be waved back and forth to this.

This is my number one on the album. "Special Breed" is a true jam – perfect for a weekend road trip (windows down preferred) or when you're simply in need for those feel-good tunes to set the mood. It clearly feels like the "radio-ready" song from the album, which, is totally fine. It has a chorus built for singing along to and it just sounds that good.

Catch The Get Ahead playing some of these songs and more on March 29.