The Bend-La Pine Schools district board voted unanimously last January to hire Dr. Steve Cook as its newest superintendent. The former Coeur d'Alene, Idaho school superintendent has since hit the ground running, even before the position's official start date of July 1.

Cook taught school for 13 years and then served as an administrator for another 12. At one point, though, he says, he left administration to gain some current teaching experience by substitute teaching. "I felt too far from the classroom," he explains. "I am a chemistry and physics teacher." Cook says he was most comfortable teaching at the high school level, though he enjoyed elementary classrooms as well. Since his stint as a sub, he says, "I have now taught at every grade level." 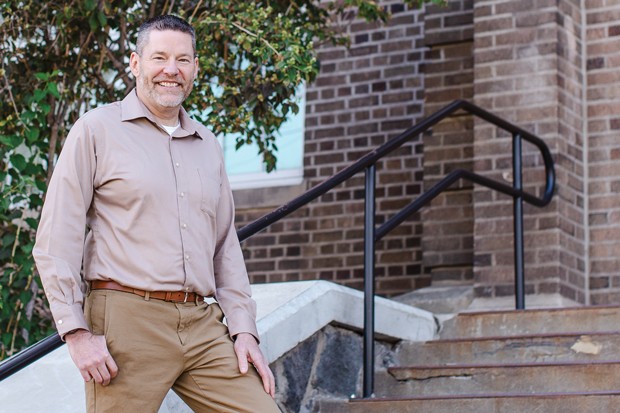 Asked what his priority for the coming school year would be, Cook describes a process that is already underway. "Getting to know the administrators, teachers and staff. Learning names. Building connections with our team of over 2,000 employees. Being at every single school. Riding the bus routes. Visiting the maintenance department. Listening, and building a sense of community."

Bend was an attractive destination for Cook because, he says, "I am most comfortable in a purple environment." He successfully implemented a strategic plan in the Idaho district with the goal of making every student, and every member of the school community, feel valued, cared for and listened to. "We had a great instructional strategy commitment." What he felt missing for him personally, though, was a general environment of listening and communication inclusive of multiple viewpoints.

"As an educator, as a superintendent, you don't want to be in a political position – you're not voted in – yet there are some political aspects," he says. He had been waiting for the right opportunity to make a change. "My investment is that it must be a comfortable fit personally, for me and my family." Cook feels that most people in education circles, even on a national level, are near the center politically. "That's the world I grew up in," he says. "It is my unrelenting wish for every kid to have the same excellent opportunities, and I believe that is best served from a position of the middle."

“It is my unrelenting wish for every kid to have the same excellent opportunities, and I believe that is best served from a position of the middle.” tweet this

The Idaho district's strategic plan, something Cook intends to duplicate for Bend-La Pine, was the result of an audit commissioned by the district to identify areas for improvement in the system. "The curricular management company found that we had some deficits in equity," he says. "The three issues that stand out that were common and well-known were full-day kindergarten, a 'once-in, always-in' policy and differing class structure and graduation requirements among individual high schools." Some of the 11 elementary schools offered full-day school for kindergarten, but five of the campuses did not. This was identified as one equity issue. The 'once-in, always-in' rule, also for elementary schools, dictated that once a student attended a particular school, that student was allowed to stay until graduation. "The way that plays out," Cook explains, "you have a kid living near a neighborhood school who is put on a bus to a remote location, and that kid ends up losing 20 minutes of instructional time." At the high school level, some campuses had a six-period structure while others had eight. At one newer high school, graduation requirements had changed. "There were equity issues at both (elementary and secondary) levels," he says. With the statistical data from the commissioned audit, the district was able to determine what needed to change to address the deficits. "The audit gave us specifics and clarity. It allowed us to create an effective strategic plan, which coalesced the community around common goals."

Engaging communities in conversation is a passion for Cook. "The community (in the Bend-La Pine district) is crying out for engagement," he says. "Here's what we've done here so far: listening sessions – I'll be doing sessions and the board will be doing some. There isn't enough time for public comment at the board meetings alone." Access to board meetings will also be improved. "We are outfitting the board room with streaming capability. We will provide a video summary of the meetings, in English and Spanish. We've done a trial run on a podcast." The listening sessions will be formatted as fireside chats and coffee with the superintendent. "We have a lot of passion and energy here. I love to see that. I welcome it. We need to make time to listen and respond." 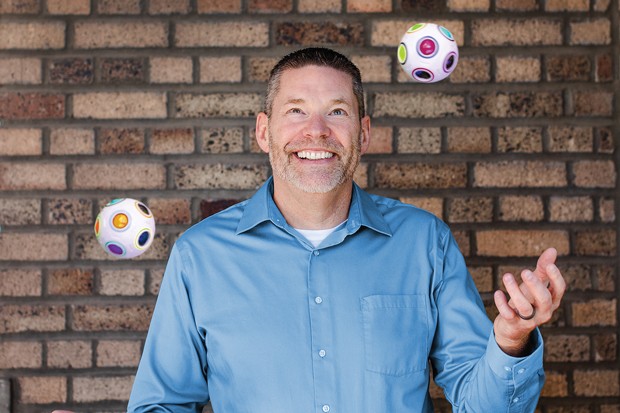 Cook says he is keenly aware of the issues most pressing to the Bend-La Pine school community, evidenced by an exceptionally high attendance at the last school board meeting. Of all those issues, including critical race theory and low graduation rates, he says the peak interest is clearly protective masks. He intends to address this point and all others brought to his attention with concerted listening to all perspectives and by engaging people in productive conversation. "My desire is to be visible and to build coherence. That is what I intend to do, to provide avenues for engagement and feedback." He is also aware that listening to other perspectives means occasionally losing the argument. "Where we don't agree," he says, "that can be a problem, but ultimately we can disagree with grace."

Regarding Oregon's low high school graduation rate, Cook feels that an overall culture of acceptance buoyed by a system-wide strategic plan will be key to fostering more student success. "Building that takes a system approach," he says. "When we do that, kids are better equipped to face challenge." Beyond implementation of a targeted plan, though, he also values steering students toward post-graduation choices. "Graduation is not enough. Industry licensure or Ivy League school, every student needs something beyond high school. The financial impact of being a high school grad alone is devastating over a lifetime."

The superintendent looks forward to getting through the currently predominant mask issue and focusing more on long-term goals for the district. We will be feeling the impacts of the pandemic, he says, for the next 10 years. "At some point we're going to be done with masks. We have high expectations for the future."

"I am extremely excited to be here, humbled by the opportunity. I am keenly aware of the expectations of the role. I want to engage with my heart and passion. This is my life's work. To be able to do that here is a dream come true. I want to be a long-standing part of this community."