February 04, 2021
comment
Families with teens looking for something exciting to do will want to check out Zero Latency, the new VR arena, which recently opened in Wagner Mall, where Nature's used to be. I recently had the pleasure of testing out the VR arena and the experience was incredible!

After a brief introduction where they tell you the do's and don'ts, they strap on a sort of computer backpack and give you headphones and a VR headset. Then you step into an empty, well-lit room where they calibrate your headset. Once you put the headset over your eyes, you are in! It was like stepping into another world—like what you imagine the future will look like. You're in a sort of waiting lobby where particle effects are swirling around you. 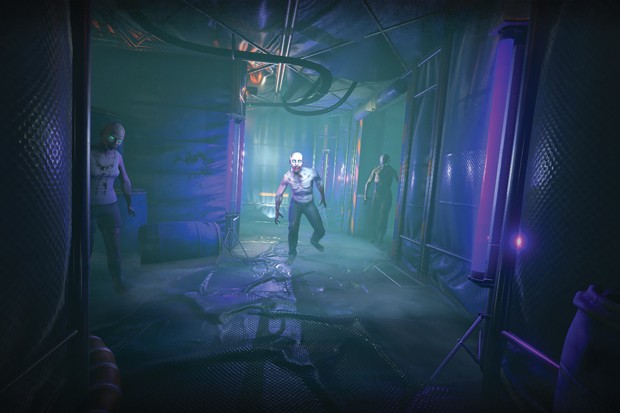 I expected to feel disoriented or dizzy, but throughout the whole experience, I found myself experiencing none of that. After everyone was calibrated, they started the first game. This was a sort of head-to-head battle where you try to rack up points by killing the most zombies. You get three weapons: a long-range crossbow, a medium range assault rifle and a short-range shotgun. Man, was this one fun!

The map was vibrant and colorful, while still having a dystopian feel. It was definitely visually realistic, but what I didn't expect was the real fear I felt as the zombies closed in. Turning around in VR and having a zombie horde attacking you from behind actually produced a very real fear response.

Once that segment was over, they loaded up a different, but similar, zombie game, where instead of trying to get the high score, you had to work together to survive the zombie waves, kind of like the video games, Left 4 Dead or Call of Duty Zombies. I felt the art style wasn't as polished as the first one, but it was fun, nonetheless.

After we finished, we exited the play area and all I could think was, I have to come back! There is wonder and amazement from the moment you first load up—even just the lobby is incredible.