Free Will Astrology—Week of April 19 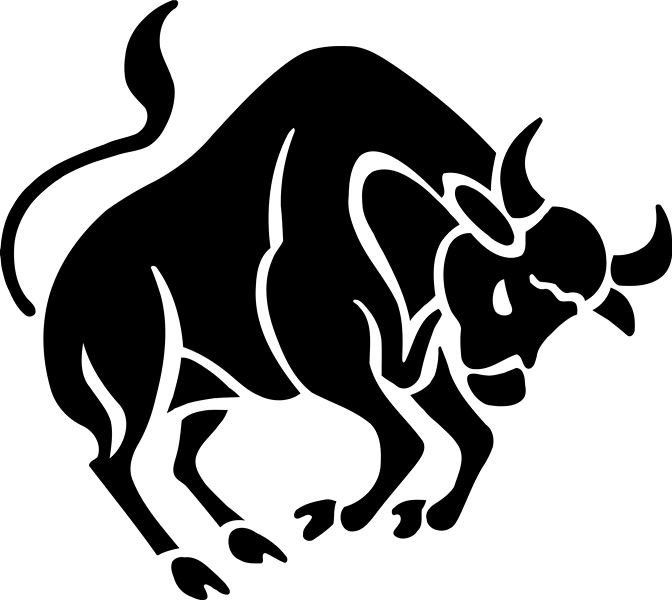 TAURUS (April 20-May 20): The Chesapeake Bay is a fertile estuary that teems with life. It's 200 miles long and holds 18 trillion gallons of water. More than 150 streams and rivers course into its drainage basin. And yet it's relatively shallow. If you're six feet tall, you could wade through over a thousand square miles of its mix of fresh and salt water without getting your hat wet. I see this place as an apt metaphor for your life in the coming weeks: an expanse of flowing fecundity that is vast but not so deep that you'll get overwhelmed.

GEMINI (May 21-June 20): You'll soon arrive at a pressure-packed turning point. You'll stand poised at a pivotal twist of fate where you must trust your intuition to reveal the differences between smart risks and careless gambles. Are you willing to let your half-naked emotions show? Will you have the courage to be brazenly loyal to your deepest values? I won't wish you luck, because how the story evolves will be fueled solely by your determination, not by accident or happenstance. You will know you're in a good position to solve the Big Riddles if they feel both scary and fun.

CANCER (June 21-July 22): Strong softness is one of your specialties. So are empathetic rigor, creative responsiveness, and daring acts of nurturing. Now is a perfect time to summon and express all of these qualities with extra flair. If you do, your influence will exceed its normal quotas. Your ability to heal and inspire your favorite people will be at a peak. So I hereby invite you to explore the frontiers of aggressive receptivity. Wield your courage and power with a fierce vulnerability. Be tenderly sensitive as an antidote to any headstrong lovelessness you encounter.

LEO (July 23-Aug. 22): In 1973, Pink Floyd released the album *The Dark Side of the Moon.* Since then, it has been on various Billboard charts for over 1,700 weeks, and has sold more than 45 million copies. Judging from the astrological aspects coming to bear on you, Leo, I suspect you could create or produce a beautiful thing with a similar staying power in the next five months. What vitalizing influence would you like to have in your life for at least the next 30 years?

VIRGO (Aug. 23-Sept. 22): I beg you to take a break sometime soon. Give yourself permission to indulge in a vacation or recess or sabbatical. Wander away on a leave of absence. Explore the mysteries of a siesta blended with a fiesta. If you don't grant yourself this favor, I may be forced to bark "Chill out, dammit!" at you until you do. Please don't misunderstand my intention here. The rest of us appreciate the way you've been attending to the complicated details that are too exacting for us. But we can also see that if you don't ease up, there will soon be diminishing returns. It's time to return to your studies of relaxing freedom.

LIBRA (Sept. 23-Oct. 22): Singer-songwriter Roy Orbison achieved great success in the 1960s, charting 22 songs on the *Billboard* Top 40. But his career declined after that. Years later, in 1986, filmmaker David Lynch asked him for the right to use his tune "In Dreams" for the movie *Blue Velvet.* Orbison denied the request, but Lynch incorporated the tune anyway. Surprise! *Blue Velvet* was nominated for an Academy Award and played a big role in reviving Orbison's fame. Later the singer came to appreciate not only the career boost, but also Lynch's unusual aesthetic, testifying that the film gave his song an "otherworldly quality that added a whole new dimension." Now let's meditate on how this story might serve as a parable for your life. Was there an opportunity that you once turned down but will benefit from anyway? Or is there a current opportunity that maybe you shouldn't turn down, even if it seems odd?

SCORPIO (Oct. 23-Nov. 21): You've been to the Land of No Return and back more than anyone. But soon you'll be visiting a remote enclave in this realm that you're not very familiar with. I call it the Mother Lode of Sexy Truth. It's where tender explorers go when they must transform outworn aspects of their approach to partnership and togetherness. On the eve of your quest, shall we conduct an inventory of your capacity to outgrow your habitual assumptions about relationships? No, let's not. That sounds too stiff and formal. Instead, I'll simply ask you to strip away any falseness that interferes with vivacious and catalytic intimacy.

SAGITTARIUS (Nov. 22-Dec. 21): In 1824, two British explorers climbed a mountain in southwestern Australia. They were hoping to get a sweeping view of Port Phillip Bay, on which the present-day city of Melbourne is located. But when they reached the top, their view was largely obstructed by trees. Out of perverse spite, they decided to call the peak Mount Disappointment, a name it retains to this day. I suspect you may soon have your own personal version of an adventure that falls short of your expectations. I hope — and also predict — that your experience won't demoralize you, but will rather mobilize you to attempt a new experiment that ultimately surpasses your original expectations.

CAPRICORN (Dec. 22-Jan. 19): Capricorn rock musician Lemmy Kilmister bragged that he swigged a bottle of Jack Daniel's whiskey every day from 1975 to 2013. While I admire his dedication to inducing altered states of consciousness, I can't recommend such a strategy for you. But I will love it if you undertake a more disciplined crusade to escape numbing routines and irrelevant habits in the next four weeks. According to my reading of the astrological omens, you will have a special knack for this practical art.

AQUARIUS (Jan. 20-Feb. 18): Germany was one of the big losers of World War I, which ended in 1919. By accepting the terms of the Versailles Treaty, it agreed to pay reparations equivalent to 96,000 tons of gold. Not until 2010, decades after the war, did Germany finally settle its bill and fulfill its obligation. I'm sure your own big, long-running debt is nowhere near as big or as long-running as that one, Aquarius. But you will nonetheless have reason to be ecstatic when you finally discharge it. And according to my reading of the astrological omens, that could and should happen sometime soon. (P.S. The "debt" could be emotional or spiritual rather than financial.)

PISCES (Feb. 19-March 20): "I would rather have a drop of luck than a barrel of brains," said the ancient Greek philosopher Diogenes. Fortunately, that's not a choice you will have to face in the coming weeks, Pisces. According to my reading of the cosmic signs, your brain will be working with even greater efficiency and ingenuity than it usually does. Meanwhile, a stronger-than-expected flow of luck will be swirling around in your vicinity. One of your main tasks will be to harness your enhanced intelligence to take shrewd advantage of the good fortune.

ARIES (March 21-April 19): In the early history of the automobile, electric engines were more popular and common than gasoline-powered engines. They were less noisy, dirty, smelly, and difficult to operate. It's too bad that thereafter the technology for gasoline cars developed at a faster rate than the technology for electric cars. By the end of the first decade of the twentieth century, the petroleum-suckers were in ascendance. They have remained so ever since, playing a significant role in our world's ongoing environmental degradation. Moral of the story: Sometimes the original idea or the early model or the first try is better. According to my analysis of the astrological omens, you should consider applying this hypothesis to your current state of affairs.

Homework: It's easy to see fanaticism, rigidity, and intolerance in other people, but harder to acknowledge them in yourself. Do you dare?