Free Will Astrology week of December 26

Blast from the past — Here's your horoscope from 10 years ago! 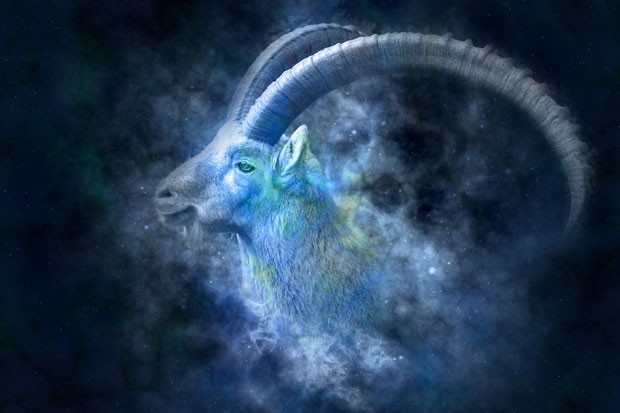 Blast from the past — Here's your horoscope from 10 years ago!

CAPRICORN (Dec. 22-Jan.19): "l am a man of fixed and unbending principles," said American politician Everett Dirksen, "the first of which is to be flexible at all times." That's the kind of playful and resilient spirit I urge you to aspire to in 2010, Capricorn. I think you're most likely to have a successful year if you regularly explore the joys of improvisation. The more empirical and less theory-bound you're willing to be, the better you'll feel. Practicing the art of compromise doesn't have to be galling, I promise you; it may even turn out to be more fun and educational than you imagined possible.

AQUARIUS (Jan. 20-Feb.18): Who and what do you hold most dear, Aquarius? I encourage you to get clear about that. Once you do, I hope you'll make a vow to bestow extra care and attention on them in 2010 — I mean literally write out a one-page oath in which you describe the inner states you will cultivate in yourself while you're in their presence and the specific actions you're going to take to help them thrive. Nothing else you do will be more important to your success in 2010.

PISCES (Feb. 19-March 20): The philosopher Nietzsche said there was no middle ground: You either said "yes" to life or you said "no." You either celebrated your vitality, enjoyed your power, and thrived on challenges, or else you practiced constant self-denial, hemmed yourself in with deluded rationalizations, and tormented yourself with indecision. I'm not so sure it's always as clear-cut as that. While I'm usually in the "yes to life" camp," I've gone through "no to life" phases, as well as some extended "maybe to life" times. What about you, Pisces? Whatever you've done in the past, I hope that in 2010 you will take maximum advantage of the cosmic rhythms, which will be encouraging you to give life a big, resounding, ongoing YES.

ARIES (March 21-April 19): One of my favorite landscape painters makes a livable wage from selling her art. She has had many gallery showings and has garnered much critical acclaim. That's the good news. The bad news is that she feels obligated to keep churning out more landscape paintings — even when her muse nudges her to take a detour into, say, abstract expressionism or surrealistic portraits. Galleries don't want anything from her except the stuff that has made her semi-famous. "Sometimes I fantasize about creating a series of 'Sock Puppet Monkeys Playing Poker,'" she told me. If she were an Aries, I'd advise her to do what I think you should do in 2010: Listen to what your version of the sock puppet monkeys are urging you to do.

TAURUS (April 20-May 20): My Taurus friend Jill had a dream in which she stopped by a blackberry bush on a summer afternoon. All the ripe blackberries were too high on the bush, just out of reach. She stood there gazing longingly up at them for a long time. Finally three people in medieval garb came by, as if having stepped out of a deck of Tarot cards a warrior, magician, and priestess. "I really want those blackberries," she said to them. "Could you give me a boost?" They stooped down to make their backs available. She climbed up, but still couldn't reach the berries. "Oh well, we tried," she said. "Follow us," said the priestess, and she did. After a while they came to another bush whose blackberries were lower and easy to pluck. Then the four shared the feast. After analyzing the omens for 2010, Taurus, I've come to the conclusion that Jill's dream is an apt metaphor for your best possible destiny in 2010.

GEMINI (May 21-June 20): "We should not think of our past as definitely settled, for we are not a stone or a tree," wrote poet Czeslaw Milosz. "My past changes every minute according to the meaning given it now, in this moment." I suggest you make abundant use of this wisdom in 2010. According to my reading of the astrological omens, you will have unprecedented power to re-vision and reinterpret your past. Keep the following question in mind as you go about your work: "How can I recreate my history so as to make my willpower stronger, my love of life more intense, and my future more interesting?"

CANCER (June 21-July 22): I think everyone should always have an improbable quest playing at the edges of their imagination — you know, some heroic task that provokes deep thoughts and rouses noble passions even if it also incites smoldering torment. I'm talking about an extravagant dream that's perhaps a bit farfetched but not entirely insane; a goal that constantly rouses you to stretch your possibilities and open your mind further; a wild hope whose pursuit makes you smarter and stronger even if you never fully accomplish it. The coming year would be an excellent time to keep such an adventure at the forefront of your awareness.

LEO (July 23-Aug.22): A guy who goes by the name of "Winter" has made it his goal to visit every Starbucks in the world. According to his website, he has thus far ordered drinks in 9,874 stores. His project contrasts dramatically with an acquaintance of mine who calls herself "Indian Summer." She is in the midst of a global pilgrimage to the hundreds of sites listed in Colin Wilson's book The Atlas of Holy Places and Sacred Sites, including cave paintings, dolmens, medicine wheels, and temples. Guess which of these two explorers I'm nominating to be one of your inspirational heroes in 2010.

VIRGO (Aug. 23-Sept.22): Scientific studies have proved what we all knew already: A person who's only mildly interesting to you will probably become more attractive if you drink a couple of pints of beer. What if I told you, Virgo, that in 2010 you could regularly create the same effect without drinking the beer? I have it on good astrological authority that this will be the case. Due to fundamental shifts in Your relationship with the life force, and having nothing to do with how much alcohol you consume, the entire world will often be at least 25 percent more attractive to you than it ever was before.

LIBRA (Sept. 23-Oct.22): Your limitations will be among your greatest assets in 2010. Yes, you heard me right, Libra; I'm not speaking ironically or sarcastically. During the coming months, you will be able to benefit from circumstances that you might otherwise imagine would prevent you from operating with maximum freedom. It might require you to look at the world upside-down, or work in reverse to your habitual thought patterns, but you could actually generate interesting opportunities, vital teachings, and maybe even financial gain by capitalizing on your so-called liabilities.

SCORPIO (Oct. 23-Nov. 21): "Dear Rob: I sure don't like so much God stuff mixed into my horoscopes. Can you cut it out, please? I understand it's common for the masses to believe in an Ultra Being, but you? Pul-lease. You're smarter than that. I just can't abide all the 'Divine Wow' this and 'Cackling Goddess' nonsense that you dispense; it doesn't jibe with the practical, sensible, unsuperstitious, non-mushy world I hold dear. -Sally Scorpio." Dear Sally: I predict that many Scorpios will have sensational, ongoing, up-close and personal communion with the Divine Wow in 2010. You're free, of course, to call it something else, like an unprecedented eruption of creative energy or a breakthrough in your ability to access your own higher powers.

SAGITTARIUS (Nov. 22-Dec. 21): You Sagittarians may wander farther and wider than the other signs of the zodiac, and you may get itchier when required to stay in one place too long, but you still need a sense of belonging. Whether that comes from having a certain building where you feel comfortable or a wilderness that evokes your beloved adventurousness or a tribe that gives you a sense of community, you thrive when you're in regular touch with a homing signal that keeps you grounded. According to my analysis, 2010 will be prime time for you to find or create or renew your connection to a source that serves this purpose well.