Free Will Astrology—Week of February 28

PISCES (Feb. 19-March 20): Until the sixteenth century in much of Europe and the eighteenth century in Britain, the new year was celebrated in March. That made sense given the fact that the weather was growing noticeably warmer and it was time to plant the crops again. In my astrological opinion, the month of March is still the best time of year for you Pisceans to observe your personal new year. The coming weeks will be an excellent time to start fresh in any area of your life. If you formulate a set of New Year's resolutions, you're more likely to remain committed to them than if you had made them on January 1. 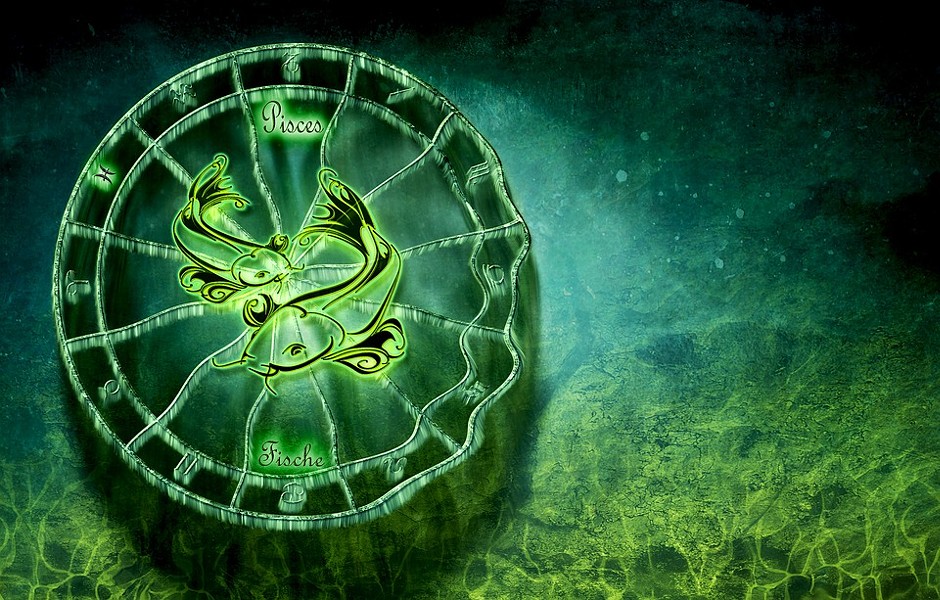 ARIES (March 21-April 19): South Koreans work too hard. Many are on the job for fourteen hours a day, six days a week. That's why a new concept in vacations has emerged there. People take sabbaticals by checking into Prison Inside Me, a facility designed like a jail. For a while, they do without cell phones and Internet and important appointments. Freed of normal stresses and stripped of obsessive concerns, they turn inward and recharge their spiritual batteries. I'd love to see you treat yourself to a getaway like this—minus the incarceration theme, of course. You'd benefit from a quiet, spacious, low-pressure escape.

TAURUS (April 20-May 20): The astrology column you're reading is published in periodicals in four countries: the U.S., Canada, Italy, and France. In all of these places, women have had a hard time acquiring political power. Neither the U.S. nor Italy has ever had a female head of government. France has had one, Édith Cresson, who served less than a year as Prime Minister. Canada has had one, Kim Campbell, who was in office for 132 days. That's the bad news. The good news is that the coming months will be a more favorable time than usual to boost feminine authority and enhance women's ability to shape our shared reality. And you Tauruses of all genders will be in prime position to foster that outcome. Homework: Meditate on specific ways you could contribute, even if just through your personal interactions.

GEMINI (May 21-June 20): A 19-year-old guy named Anson Lemmer started a job as a pizza delivery man in Glenwood, Colorado. On his second night, he arrived with a hot pizza at a house where an emergency was in progress. A man was lying on the ground in distress. Having been trained in CPR, Lemmer leaped to his rescue and saved his life. I expect that you, too, will perform a heroic act sometime soon, Gemini—maybe not as monumental as Lemmer's, but nonetheless impressive. And I bet it will have an enduring impact, sending out reverberations that redound to your benefit for quite some time.

CANCER (June 21-July 22): Scientist Michael Dillon was shocked when he learned that some bees can buzz around at lofty altitudes where the oxygen is sparse. He and a colleague even found two of them at 29,525 feet—higher than Mt. Everest. How could the bees fly in such thin air? They "didn't beat their wings faster," according to a report in National Geographic, but rather "swung their wings through a wider arc." I propose that we regard these high-flying marvels as your soul animals for the coming weeks. Metaphorically speaking, you will have the power and ingenuity and adaptability to go higher than you've been in a long time.

LEO (July 23-Aug. 22): Do you find it a challenge to commit to an entirely plant-based diet? If so, you might appreciate flexitarianism, which is a less-perfectionist approach that focuses on eating vegetables but doesn't make you feel guilty if you eat a bit of meat now and then. In general, I recommend you experiment with a similar attitude toward pretty much everything in the coming weeks. Be strong-minded, idealistic, willful, and intent on serving your well-being—but without being a maniacal purist.

VIRGO (Aug. 23-Sept. 22): If you gorge on sugary treats and soft drinks, you ingest a lot of empty calories. They have a low nutrient density, and provide you with a scant amount of minerals, vitamins, protein, and other necessities. Since I am committed to helping you treat yourself with utmost respect, I always discourage you from that behavior. But I'm especially hopeful you will avoid it during the next three weeks, both in the literal and metaphorical senses. Please refrain from absorbing barren, vacant stuff into the sacred temple of your mind and body—including images, stories, sounds, and ideas, as well as food and drink.

LIBRA (Sept. 23-Oct. 22): Charles Grey was the second Earl of Grey, as well as Prime Minister of England from 1830 to 1834. His time in office produced pivotal changes, including the abolition of slavery, reform of child labor laws, and more democracy in the nation's electoral process. But most people today know nothing of those triumphs. Rather he is immortalized for the Earl Grey tea that he made popular. I suspect that in the coming weeks, one of your fine efforts may also get less attention than a more modest success. But don't worry about it. Instead, be content with congratulating yourself for your excellent work. I think that's the key to you ultimately getting proper appreciation for your bigger accomplishment.

SCORPIO (Oct. 23-Nov. 21): At a young age, budding Scorpio poet Sylvia Plath came to a tough realization: "I can never read all the books I want," she wrote in her journal. "I can never be all the people I want and live all the lives I want. I can never train myself in all the skills I want. And why do I want? I want to live and feel all the shades, tones, and variations of mental and physical experience possible in life." Judging by current astrological omens, I can imagine you saying something like that right now. I bet your longing for total immersion in life's pleasures is especially intense and a bit frustrated. But I'm pleased to predict that in the next four weeks, you'll be able to live and feel more shades, tones, and variations of experience than you have in a long time.

SAGITTARIUS (Nov. 22-Dec. 21): When Europeans invaded and occupied North America, they displaced many indigenous people from their ancestral lands. There were a few notable exceptions, including five tribes in what's now Maine and Eastern Canada. They are known as the Wabanaki confederacy: the Passamaquoddy, Penobscot, Micmac, Maliseet, and Abenaki. Although they had to adjust to and compromise with colonialism, they were never defeated by it. I propose we make them your heroic symbols for the coming weeks. May their resilient determination to remain connected to their roots and origins motivate you to draw ever-fresh power from your own roots and origins.

CAPRICORN (Dec. 22-Jan. 19): Capricorn javelin thrower Julius Yego won a silver medial at the 2016 Summer Olympics. How did he get so skilled? Not in the typical way. He gained preliminary proficiency while competing for his high school team, but after graduation, he was too poor to keep developing his mastery. So he turned to Youtube, where he studied videos by great javelin throwers to benefit from their training strategies and techniques. Now that you're in an intense learning phase of your cycle, Capricorn, I suggest that you, too, be ready to draw on sources that may be unexpected or unusual or alternative.

AQUARIUS (Jan. 20-Feb. 18): The first edition of Action Comics, which launched the story of the fictional character Superman, cost ten cents in 1938. Nowadays it's worth three million dollars. I'll make a bold prediction that you, too, will be worth considerably more on December 31, 2019 than you are right now. The increase won't be as dramatic as that of the Superman comic, but still: I expect a significant boost. And what you do in the next four weeks could have a lot to do with making my prediction come true.

Homework: Write a short essay on "How I Created Something Out of Nothing." Go to https://RealAstrology.com and click on "Email Rob."