Free Will Astrology—Week Of June 6

GEMINI (May 21-June 20): Some birds can fly for days without coming down to earth. Alpine swifts are the current record-holders, staying aloft for 200 consecutive days as they chase and feed on insects over West Africa. I propose we make the swift your soul ally for the next three weeks. May it help inspire you to take maximum advantage of the opportunities life will be offering you. You will have extraordinary power to soar over the maddening crowd, gaze at the big picture of your life, and enjoy exceptional amounts of freedom. 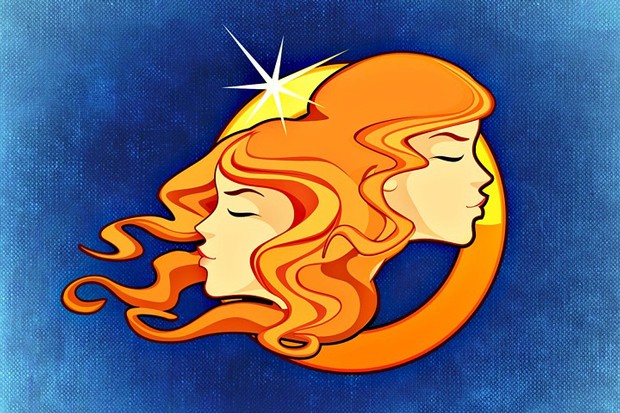 CANCER (June 21-July 22): "I think gentleness is one of the most disarmingly and captivatingly attractive qualities there are," writes poet Nayyirah Waheed. That will be emphatically true about you in the coming weeks, Cancerian. Your poised, deeply felt gentleness will accord you as much power as other people might draw from ferocity and grandeur. Your gentleness will enable you to crumble obstacles and slip past barriers. It will energize you to capitalize on and dissipate chaos. It will win you leverage that you'll be able to use for months.

LEO (July 23-Aug. 22): Is the Loch Ness monster real? Is there a giant sea serpent that inhabits the waters of Loch Ness in Scotland? Tantalizing hints arise now and then, but no definitive evidence has ever emerged. In 1975, enterprising investigators got the idea to build a realistic-looking papier-mâché companion for Nessie and place it in Loch Ness. They hoped that this "honey trap" would draw the reclusive monster into more public view. Alas, the scheme went awry. (Lady Nessie got damaged when she ran into a jetty.) But it did have some merit. Is there an equivalent approach you might employ to generate more evidence and insight about one of your big mysteries, Leo? What strategies might you experiment with? The time is right to hatch a plan.

VIRGO (Aug. 23-Sept. 22): Earlier in your life, you sometimes wrestled with dilemmas that didn't deserve so much of your time and energy. They weren't sufficiently essential to invoke the best use of your intelligence. But over the years, you have ripened in your ability to attract more useful and interesting problems. Almost imperceptibly, you have been growing smarter about recognizing which riddles are worth exploring and which are better left alone. Here's the really good news: The questions and challenges you face now are among the finest you've ever had. You are being afforded prime opportunities to grow in wisdom and effectiveness.

LIBRA (Sept. 23-Oct. 22): How many languages are you fluent it? One? Two? More? I'm sure you already know that gaining the ability to speak more than one tongue makes you smarter and more empathetic. It expands your capacity to express yourself vividly and gives you access to many interesting people who think differently from you. I mention this, Libra, because you're in a phase of your cycle when learning a new language might be easier than usual, as is improving your mastery of a second or third language. If none of that's feasible for you, I urge you to at least formulate an intention to speak your main language with greater candor and precision—and find other ways to expand your ability to express yourself.

SCORPIO (Oct. 23-Nov. 21): Here's Uruguayan writer Eduardo Galeano from The Book of Embraces: "In the River Plate basin we call the heart a 'bobo,' a fool. And not because it falls in love. We call it a fool because it works so hard." I bring this to your attention, Scorpio, because I hope that in the coming weeks, your heart will indeed be a hard-working, wisely foolish bobo. The astrological omens suggest that you will learn what you need to learn and attract the experiences you need to attract if you do just that. Life is giving you a mandate to express daring and diligent actions in behalf of love.

SAGITTARIUS (Nov. 22-Dec. 21): When he was twenty years old, a German student named Max Planck decided he wanted to study physics. His professor at the University of Munich dissuaded him, telling Planck, "In this field, almost everything is already discovered, and all that remains is to fill a few unimportant holes." Planck ignored the bad advice and ultimately went on to win a Nobel Prize in Physics for his role in formulating quantum theory. Most of us have had a similar experience: people who've tried to convince us to reject our highest calling and strongest dreams. In my view, the coming weeks will be a potent time for you to recover and heal from those deterrents and discouragements in your own past.

CAPRICORN (Dec. 22-Jan. 19): Not all, but many horoscope columns address your ego rather than your soul. They provide useful information for your surface self, but little help for your deep self. If you've read my oracles for a while, you know that I aspire to be in the latter category. In that light, you won't be surprised when I say that the most important thing you can do in the coming weeks is to seek closer communion with your soul; to explore your core truths; to focus on delight, fulfillment, and spiritual meaning far more than on status, power, and wealth. As you attend to your playful work, meditate on this counsel from Capricorn author John O'Donohue: "The geography of your destiny is always clearer to the eye of your soul than to the intentions and needs of your surface mind."

AQUARIUS (Jan. 20-Feb. 18): Aquarian biochemist Gertrude Belle Elion shared the Nobel Prize in Physiology or Medicine in 1988. She was instrumental in devising new drugs to treat AIDS and herpes, as well as a medication to facilitate organ transplants. And yet she accomplished all this without ever earning a PhD or MD, a highly unusual feat. I suspect you may pull off a similar, if slightly less spectacular feat in the coming weeks: getting a reward or blessing despite a lack of formal credentials or official credibility.

PISCES (Feb. 19-March 20): Today Mumbai is a megacity with 12.5 million people on 233 square miles. But as late as the eighteenth century, it consisted of seven sparsely populated islands. Over many decades, reclamation projects turned them into a single land mass. I foresee you undertaking a metaphorically comparable project during the coming months. You could knit fragments together into a whole. You have the power to transform separate and dispersed influences into a single, coordinated influence. You could inspire unconnected things to unite in common cause.

ARIES (March 21-April 19): "I don't think we were ever meant to hear the same song sung exactly the same way more than once in a lifetime," says poet Linh Dinh. That's an extreme statement that I can't agree with. But I understand what he's driving at. Repeating yourself can be debilitating, even deadening. That includes trying to draw inspiration from the same old sources that have worked for you in the past. In accordance with current astrological omens, I suggest you try to minimize exact repetition in the next two weeks: both in what you express and what you absorb. For further motivation, here's William S. Burroughs: "Truth may appear only once; it may not be repeatable."

TAURUS (April 20-May 20): Peter Benchley wrote the bestselling book Jaws, which was later turned into a popular movie. It's the story of a great white shark that stalks and kills people in a small beach town. Later in his life, the Taurus author was sorry for its influence, which helped legitimize human predation on sharks and led to steep drops in shark populations. To atone, Benchley became an aggressive advocate for shark conservation. If there's any behavior in your own past that you regret, Taurus, the coming weeks will be a good time to follow Benchley's lead: correct for your mistakes; make up for your ignorance; do good deeds to balance a time when you acted unconsciously.

Homework: To connect with me on social media, go here: