Free Will Astrology—Week of March 28 | The Source Weekly - Bend, Oregon

Free Will Astrology—Week of March 28

ARIES (March 21-April 19): Kermit the Frog from Sesame Street is the world's most famous puppet. He has recorded songs, starred in films and TV shows, and written an autobiography. His image has appeared on postage stamps and he has a star on the Hollywood Walk of Fame. Kermit's beginnings were humble, however. When his creator Jim Henson first assembled him, he consisted of Henson's mom's green coat and two halves of a white ping pong ball. I mention this, Aries, because the current astrological omens suggest that you, too, could make a puppet that will one day have great influence. APRIL FOOL! I half-lied. Here's the whole truth: now isn't a favorable time to start work on a magnificent puppet. But it is a perfect moment to launch the rough beginnings of a project that's well-suited for your unique talents. 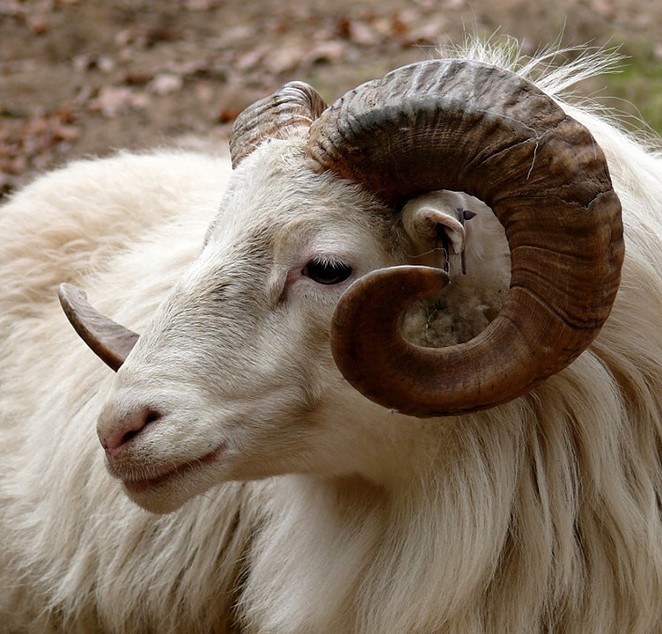 TAURUS (April 20-May 20): Taurus businessman Chuck Feeney made a huge fortune as the entrepreneur who co-developed duty-free shopping. But at age 87, he lives frugally, having given away $8 billion to philanthropic causes. He doesn't even own a house or car. In accordance with astrological omens, I invite you to follow his lead in the coming weeks. Be unreasonably generous and exorbitantly helpful. APRIL FOOL! I exaggerated a bit. While it's true that now is an extra favorable time to bestow blessings on everyone, you shouldn't go overboard. Make sure your giving is artful, not careless or compulsive.

GEMINI (May 21-June 20): Now is a perfect time to start learning the Inuktitut language spoken by the indigenous people of Eastern Canada. Here are some key phrases to get you underway. 1. UllusiuKattagit inosek: Celebrate your life! 2. Pitsialagigavit, piggogutivagit!: Because you're doing amazing things, I'm proud of you! 3. Nalligijauvutit: You are loved! 4. Kajusitsiatuinnagit: Keep it up! APRIL FOOL! I lied. Now isn't really a better time than any other to learn the Inuktitut language. But it is an important time to talk to yourself using phrases like those I mentioned. You need to be extra kind and super positive toward yourself.

CANCER (June 21-July 22): When he was twenty years old, Greek military leader Alexander the Great began to conquer the world. By age 30, he ruled the vast territory between Greece and northwest India. Never shy about extolling his own glory, he named 70 cities after himself. I offer his example as a model for you. Now is a favorable time to name clouds after yourself, as well as groves of trees, stretches of highway, buses, fire hydrants, parking spaces, and rocks. APRIL FOOL. I got a bit carried away. It's true that now is a good time to assert your authority, extend your clout, and put your unique stamp on every situation. But I don't recommend that you name entire cities after yourself.

LEO (July 23-Aug. 22): Now is an excellent time to join an exotic religion. How about the Church of the Flying Spaghetti Monster, which believes that true spiritual devotion requires an appreciation of satire? Or how about Discordianism, which worships the goddess of chaos and disorder? Then there's the United Church of Bacon, whose members exult in the flavor of their favorite food. (Here's a list of more: tinyurl.com/WeirdReligions.) APRIL FOOL! I wasn't entirely truthful. It's accurate to say that now is a great time to reinvigorate and transform your spiritual practice. But it's better if you figure that out by yourself. There's no need to get your ideas from a bizarre cult.

LIBRA (Sept. 23-Oct. 22): If you ever spend time at the McMurdo Station in Antarctica, you'll get a chance to become a member of the 300 Club. To be eligible, you wait till the temperature ouside drops to minus 100 degrees Fahrenheit. When it does, you spend 20 minutes in a sauna heated to 200 degrees. Then you exit into the snow and ice wearing nothing but white rubber boots, and run a few hundred feet to a ceremonial pole and back. In so doing, you expose your naked body to a swing of 300 degrees. According to my astrological analysis, now is an ideal time to pull off this feat. APRIL FOOL! I lied. I'm not really urging you to join the 300 Club. On the other hand, I do think it's a favorable phase to go to extremes for an authentically good cause.

SCORPIO (Oct. 23-Nov. 21): Scientific research shows that if you arrange to get bitten by thousands of mosquitoes in a relatively short time, you make yourself immune. Forever after, mosquito bites won't itch you. Now would be an excellent time for you to launch such a project. APRIL FOOL! I lied. I don't really think you should do that. On the contrary. You should scrupulously avoid irritations and aggravations, especially little ones. Instead, immerse yourself in comfort and ease. Be as free from vexation as you have ever been!

SAGITTARIUS (Nov. 22-Dec. 21): If allowed to do what comes naturally, two rabbits and their immediate descendants will produce 1,300 new rabbits in twelve months' time. In five years, their offspring would amount to 94 million. I suspect that you will approach this level of fertility in the next four weeks, at least in a metaphorical sense. APRIL FOOL! I stretched the truth a bit. There's no way you will produce more than a hundred good new ideas and productions and gifts. At the most, you'll generate a mere 50.

CAPRICORN (Dec. 22-Jan. 19): The weather is warm year-round and the crime rate is low on Pitcairn, a remote South Pacific island that is a 30-hour boat ride away from the nearest airport. The population has been dwindling in recent years, however, which is why the government offers foreigners free land if they choose to relocate. You might want to consider taking advantage of this opportunity. APRIL FOOL! I was exaggerating. It's true that you could get major health benefits by taking a sabbatical from civilization. But there's no need to be so drastic about it.

AQUARIUS (Jan. 20-Feb. 18): You don't have to run faster than the bear that's chasing you. You just have to run faster than the slowest person the bear is chasing. OK? So don't worry! APRIL FOOL! What I just said wasn't your real horoscope. I hope you know me well enough to understand that I would NEVER advise you to save your own ass by betraying or sacrificing someone else. It's also important to note that the bear I mentioned is entirely metaphorical in nature. So please ignore what I said earlier. However, I do want you to know that there are effective ways to elude the symbolic bear that are also honorable. To discover them, meditate on calming down the beastly bear-like qualities in yourself.

PISCES (Feb. 19-March 20): Now is a favorable time to disguise yourself as a bland nerd with no vivid qualities, or a shy wallflower with no strong opinions, or a polite wimp who prefers to avoid adventure. Please don't even consider doing anything that's too interesting or controversial. APRIL FOOL! I lied. The truth is, I hope you'll do the opposite of what I suggested. I think it's time to express your deep authentic self with aggressive clarity. Be brave and candid and enterprising.

Homework: What's the best joke or prank you could play on yourself?