Align yourself with influences that represent your highest, noblest values

LIBRA (Sept. 23-Oct. 22): I vote in American elections, but I've never belonged to a political party. One of my favorite politicians is Bernie Sanders, who for most of his career has been an Independent. But now I'm a staunch advocate for the Democrats. Why? Because Republicans are so thoroughly under the curse of the nasty, cruel, toxic person known as Donald Trump. I'm convinced that it's crucial for our country's well-being that Democrats achieve total victory in the upcoming election. In accordance with astrological omens, I urge you to do your personal equivalent of what I've done: Unambiguously align yourself with influences that represent your highest, noblest values. Take a sacred stand not just for yourself, but also in behalf of everything you love. 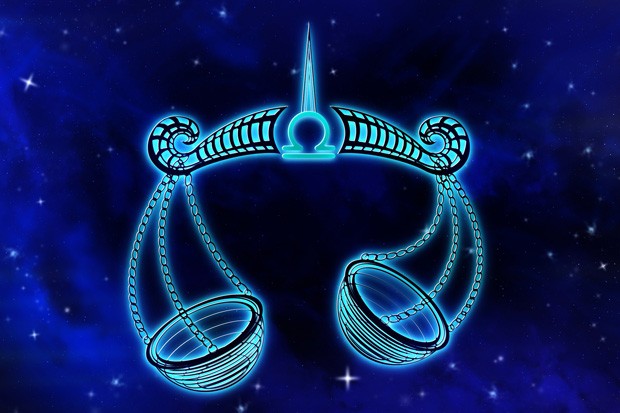 SCORPIO (Oct. 23-Nov. 21): "I loathe narcissism, but I approve of vanity," said fashion writer Diana Vreeland. Here's how I interpret that: People who care mostly for their own feelings and welfare, and who believe they're more important than everyone else, are boring and repellent. But those who enjoy looking their best and expressing their unique beauty may do so out of a desire to share their gifts with the world. Their motivation might be artistry and generosity, not self-centeredness. In accordance with cosmic potentials, Scorpio, I invite you to elude the temptations of narcissism as you explore benevolent forms of vanity.

SAGITTARIUS (Nov. 22-Dec. 21): Yes, do let people see you sweat. At least for now, be forthright and revelatory. Let people witness your secret fire, your fierce tang, your salty tears, and your unhealed wounds. Hold nothing back as you give what you haven't been able to give before. Be gleefully expressive as you unveil every truth, every question, every buried joy. Don't be crude and insensitive, of course. Be as elegant and respectful as possible. But make it your priority to experiment with sacred vulnerability. Find out how far you can safely go as you strip away the disguises that have kept you out of touch with your full power.

CAPRICORN (Dec. 22-Jan. 19): Between 2008 and 2017, Southern California had two sizable earthquakes: 5.5 and 5.1 on the Richter scale. But during the same period, the area had 1.8 million small quakes that were mostly too mild to be felt. The ground beneath the feet of the local people was shaking at the rate of once every three minutes. Metaphorically speaking, Capricorn, you're now in a phase that resembles the mild shakes. There's a lot of action going on beneath the surface, although not much of it is obvious. I think this is a good thing. The changes you're shepherding are proceeding at a safe, gradual, well-integrated pace.

AQUARIUS (Jan. 20-Feb. 18): No American woman was allowed to earn a medical degree and practice as a physician until Aquarian-born Elizabeth Blackwell did it in 1849. It was an almost impossible feat, since the all-male college she attended undermined her mercilessly. Once she began her career a doctor, she constantly had to outwit men who made it difficult for her. Nevertheless, she persisted. Eventually, she helped create a medical school for women in England and made it possible for 476 women to practice medicine there. I propose that we make her your patron saint for now. May she inspire you to redouble your diligent pursuit of your big dream. Here's your motto: "Nevertheless, I'm persisting."

PISCES (Feb. 19-March 20): Henry David Thoreau wrote, "I fear my expression may not be extravagant enough, may not wander far enough beyond the narrow limit of my daily experience, so as to be adequate to the truth of which I have been convinced." You'll be wise to have a similar fear, Pisces. According to my analysis, you can generate good fortune for yourself by transcending what you already know and think. Life is conspiring to nudge you and coax you into seeking experiences that will expand your understanding of everything. Take advantage of this opportunity to blow your own mind!

ARIES (March 21-April 19): "I've been told that nobody sings the word 'hunger' like I do," testified Aries chanteuse Billie Holiday. She wasn't suggesting that she had a stylish way of crooning about fine dining. Rather, she meant "hunger" in the sense of the longing for life's poignant richness. Her genius-level ability to express such beauty was due in part to her skillful vocal technique, but also because she was a master of cultivating soulful emotions. Your assignment in the coming weeks, Aries, is to refine and deepen your own hunger.

TAURUS (April 20-May 20): Author Renata Adler expresses my own feelings when she writes, "Hardly anyone about whom I deeply care resembles anyone else I have ever met, or heard of, or read about in literature." I bet if you're honest, Taurus, you would say the same. It's almost certainly the case that the people you regard as worthy of your love and interest are absolutely unique. In the sense that there are no other characters like them in the world, they are superstars and prodigies. I bring this to your attention because now is an excellent time to fully express your appreciation for their one-of-a-kind beauty—to honor and celebrate them for their entertainment value and precious influence and unparalleled blessings.

GEMINI (May 21-June 20): "If you cannot find an element of humor in something, you're not taking it seriously enough," writes author Ilyas Kassam. That's a key thought for you to keep in mind during the coming weeks. Levity and joking will be necessities, not luxuries. Fun and amusement will be essential ingredients in the quest to make good decisions. You can't afford to be solemn and stern, because allowing those states to dominate you would diminish your intelligence. Being playful—even in the face of challenges—will ensure your ultimate success.

CANCER (June 21-July 22): I'm hoping the horoscopes I wrote for you in late August helped propel you into a higher level of commitment to the art of transformation. In any case, I suspect that you will have the chance, in the coming weeks, to go even further in your mastery of that art. To inspire you in your efforts, I'll encourage you to at least temporarily adopt one or more of the nicknames in the following list: 1. Flux Luster 2. Fateful Fluctuator 3. Shift Virtuoso 4. Flow Maestro 5. Alteration Adept 6. Change Arranger 7. Mutability Savant 8. Transition Connoisseur

LEO (July 23-Aug. 22): "When one is a stranger to oneself, then one is estranged from others, too," wrote author Anne Morrow Lindbergh. "If one is out of touch with oneself, then one cannot touch others. Only when one is connected to one's own core, is one connected to others." In bringing these thoughts to your attention, Leo, I don't mean to imply that you are out of touch with your deep self. Not at all. But in my view, all of us can benefit from getting into ever-closer communion with our deep selves. In the coming weeks, you especially need to work on that—and are likely to have extra success in doing so.

VIRGO (Aug. 23-Sept. 22): My cosmic tipsters told me that you will be even smarter than usual in the coming weeks. As I scoured the heavenly maps, I detected signs that you have the potential to be a skilled code-cracker, riddle-decipherer, and solver of knotty problems and tricky dilemmas. That's why I suggest you express gratitude to your beautiful brain, Virgo. Sing it sweet songs and tell it how much you love it and find out which foods you can eat to strengthen it even more. Now read Diane Ackerman's description of the brain: "that shiny mound of being, that mouse-gray parliament of cells, that dream factory, that petit tyrant inside a ball of bone, that huddle of neurons calling all the plays, that little everywhere, that fickle pleasuredome."

Homework: Name five things you do to make yourself feel good. Then think of another thing to add to the list. FreeWillAstrology.com