Free Will Astrology—Week of October 31 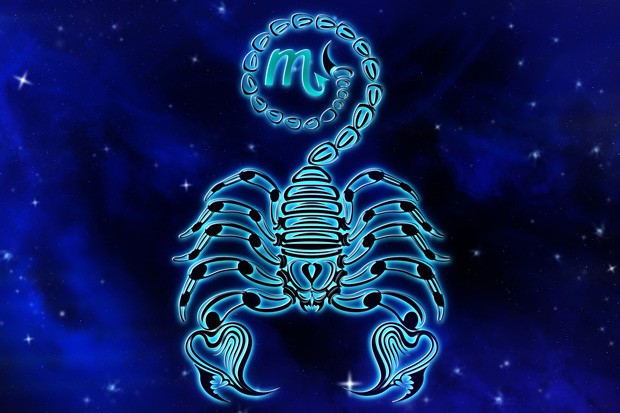 SCORPIO (Oct. 23-Nov. 21): Studies suggest that on average each of us has a social network of about 250 people, of whom 120 we regard as a closer group of friendly acquaintances. But most of us have no more than twenty folks we trust, and only two or three whom we regard as confidants. I suspect that these numbers will be in flux for you during the next twelve months, Scorpio. I bet you'll make more new friends than usual, and will also expand your inner circle. On the other hand, I expect that some people who are now in your sphere will depart. Net result: stronger alliances and more collaboration.

CAPRICORN (Dec. 22-Jan. 19): Persian polymath Avicenna (980–1037) wrote 450 books on many topics, including medicine, philosophy, astronomy, geography, mathematics, theology, and poetry. While young, he tried to study the Metaphysics of Aristotle, but had difficulty grasping it. Forty times he read the text, even committing it to memory. But he made little progress toward fathoming it. Years later, he was browsing at an outdoor market and found a brief, cheap book about the Metaphysics by an author named al-Farabi. He read it quickly, and for the first time understood Aristotle's great work. He was so delighted he went out to the streets and gave away gifts to poor people. I foresee a comparable milestone for you, Capricorn: something that has eluded your comprehension will become clear, at least in part due to a lucky accident.

AQUARIUS (Jan. 20-Feb. 18): In addition to being a key figure in Renaissance art, fifteenth-century Italian painter Filippo Lippi had a colorful life. According to legend, he was once held prisoner by Barbary pirates, but gained his freedom by drawing a riveting portrait of their leader. Inspired by the astrological factors affecting you right now, I'm fantasizing about the possibility of a liberating event arriving in your life. Maybe you'll call on one of your skills in a dramatic way, thereby enhancing your leeway or generating a breakthrough or unleashing an opportunity. (Please also re-read your horoscope from last week.)

PISCES (Feb. 19-March 20): "Stand high long enough and your lightning will come," writes Piscean novelist William Gibson. He isn't suggesting that we literally stand on top of a treeless hill in a thunderstorm and invite the lightning to shoot down through us. More realistically, I think he means that we should devotedly cultivate and discipline our highest forms of expression so that when inspiration finds us, we'll be primed to receive and use its full power. That's an excellent oracle for you.

ARIES (March 21-April 19): Aries psychologist James Hillman said we keep "our images and fantasies at arm's length because they are so full of love." They're also quite flammable, he added. They are always on the verge of catching fire, metaphorically speaking. That's why many people wrap their love-filled images and fantasies in metaphorical asbestos: to prevent them from igniting a blaze in their psyches. In my astrological opinion, you Aries folks always have a mandate to use less asbestos than all the other signs—even none at all. That's even truer than usual right now. Keep your images and fantasies extra close and raw and wild.

TAURUS (April 20-May 20): Poet James Merrill was ecstatic when he learned the Greek language. According to his biographer, he felt he could articulate his needs "with more force and clarity, with greater simplicity and less self-consciousness, than he ever could in his own language." He concluded, "Freedom to be oneself is all very well; the greater freedom is not to be oneself." Personally, I think that's an exaggeration. I believe the freedom to be yourself is very, very important. But for you in the coming weeks, Taurus, the freedom to not be yourself could indeed be quite liberating. What might you do to stretch your capacities beyond what you've assumed is true about you? Are you willing to rebel against and transcend your previous self-conceptions?

GEMINI (May 21-June 20): Musician Brian Eno made a deck of oracular cards called Oblique Strategies. Each card has a suggestion designed to trigger creative thinking about a project or process you're working on. You Geminis might find it useful to call on Oblique Strategies right now, since you're navigating your way through a phase of adjustment and rearrangement. The card I drew for you is "Honor thy error as hidden intention." Here's how I interpet it: An apparent lapse or misstep will actually be the result of your deeper mind guiding you to take a fruitful detour.

CANCER (June 21-July 22): We devote a lot of energy to wishing and hoping about the meaningful joys we'd love to bring into our lives. And yet few of us have been trained in the best strategies for manifesting our wishes and hopes. That's the bad news. The good news is that now is a favorable time for you to upgrade your skills at getting what you want. With that in mind, I present you with the simple but potent wisdom of author Maya Angelou: "Ask for what you want and be prepared to get it." To flesh that out, I'll add: Formulate a precise statement describing your heart's yearning, and then work hard to make yourself ready for its fulfillment.

LEO (July 23-Aug. 22): What are the key parts of your life—the sources and influences that enable you to be your most soulful self? I urge you to nourish them intensely during the next three weeks. Next question: What are the marginally important parts of your life—the activities and proclivities that aren't essential for your long-term success and happiness? I urge you to corral all the energy you give to those marginally important things, and instead pour it into what's most important. Now is a crucial time in the evolution of your relationship with your primal fuels, your indispensable resources, your sustaining foundations.

VIRGO (Aug. 23-Sept. 22): "When she spoke of beauty, he spoke of the fatty tissue supporting the epidermis," wrote short story author Robert Musil. He was describing a conversation between a man and woman who were on different wavelengths. "When she mentioned love," Musil continued, "he responded with the statistical curve that indicates the rise and fall in the annual birthrate." Many of you Virgos have the flexibility to express yourself well on both of those wavelengths. But in the coming months, I hope you'll emphasize the beauty and love wavelength rather than the fatty tissue and statistical curve wavelength. It'll be an excellent strategy for getting the healing you need.

LIBRA (Sept. 23-Oct. 22): Libran blogger Ana-Sofia Cardelle was asked, "What is your signature perfume?" She said she hadn't found one. But then she described how she would like to smell: "somewhere between fresh and earthy: cinnamon and honey, a rose garden, saltwater baked in the sun." The coming days will be an excellent time to indulge in your own fantasies about the special fragrance you'd like to emanate. Moreover, I bet you'll be energized by pinpointing a host of qualities you would like to serve as cornerstones of your identity: traits that embody and express your uniqueness.

Homework. You don't have to believe in ideas that make you sad or tormented. Drop them. FreeWillAstrology.com