Dozens of seasonal beers on their way 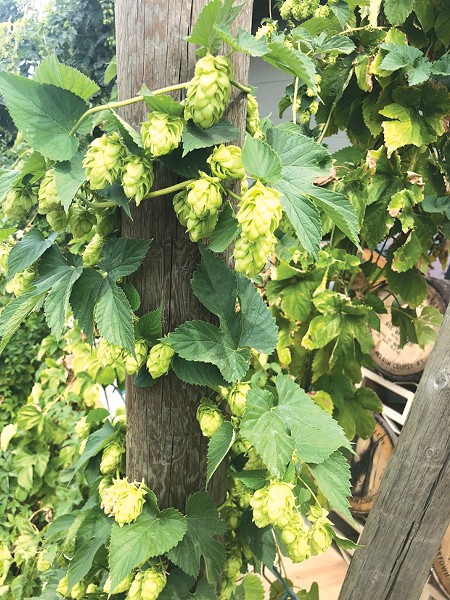 There's no doubt that craft beer is a nationwide trend—one that now has many regional specialties. Look at the ultra-trendy New England IPA, for example, or the tart and sour Berliner weisses that are endemic all across Florida. Up here in Oregon, however, we have fresh hops every fall—the regional gift that keeps on giving.

What are fresh-hop beers? Simply put, they're brews made with hops that are pulled off the vine and go straight into the kettle. The vast majority of the hops used by U.S. breweries are cultivated in Oregon and Washington. For the most part, these hops are dried and processed before being sold to professional and amateur brewers, which affects the flavor punch. With fresh hops, drinkers can expect more hoppiness, more aroma and more flavor—kind of like cooking with fresh herbs and spices instead of something that's been on the shelf for a while.

The best place to take in all the region's fresh-hop brews at once is at the Hood River Hops Fest, taking place Sept. 22 and featuring over 50 breweries across Oregon, Washington and Idaho. (The weekend after that is the smaller but still awesome Sisters Fresh Hop Festival, held on the grounds of Three Creeks' production brewery.)

As tuned in as Bend's breweries are to the local scene, it's a given that there are going to be a ton of fresh-hop beers in short order. Available at Crux right now is Pert Near, a new IPA brewed with the season's first Centennial hops from Goschie Farms in Silverton. Their big project this year, however, is Way Two Fresh, a collaborative effort with Yakima's Bale Breaker Brewing. Crux and Bale Breaker are simultaneously harvesting Mosaic and Simcoe hops from the Willamette and Yakima valleys, then combining them into each other's brew facilities. Each outfit is making their own version of Way Two Fresh, and Crux's will be available locally in canned four-packs.

Deschutes isn't phoning it in this year, either. Bend's biggest brewery plans to release 13 different fresh-hop beers in September and October, with a different selection available at the brewery tasting room and the Bend and Portland pubs. The Bond Street location will have all the classics, including a fresh-hop Centennial pale and Chinook IPA, but head to the southwest Bend facility to try the Black Rye IPA, a malty hop-forward ale made with fresh Sorachi Ace hops for a citrus-y kick.