September 11, 2020
comment
The Federal Emergency Management Agency announced this morning that the president has approved Oregon's request for a disaster declaration in the state.

The Emergency Disaster Declaration makes it possible for state, tribal and local governments to get federal equipment and other resources to help battle the massive fires that are burning in Oregon right now—largely on the western slope of the Cascades. As we reported early Friday morning, 500,000 Oregonians have been put under some type of evacuation order or warning (either a Level 1, 2 or 3 evacuation order), while an estimated 900,000 acres of land burns around the state. 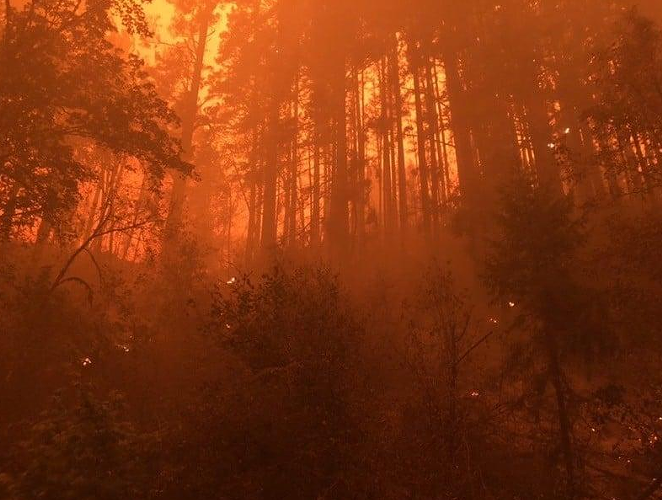 “Families across Oregon are facing horrific and potentially life-changing circumstances as these fires sweep through our state,” said Oregon Sen. Jeff Merkley, who is spending Friday and Saturday touring affected areas. “As this emergency continues, it’s critical that the federal government do everything in its power to help, and I’m continuing to fight for the resources we need. This declaration will help free up critical emergency assistance, but there will be plenty more we need to do. I urge all Oregonians to continue to remain vigilant and follow directions from local emergency management agencies. My heart is with everyone across our state who is being impacted by this dangerous and heartbreaking situation.”

Events canceled; trails closed in Central Oregon due to smoke


Meanwhile, with the winds now changed to a westerly direction, Central Oregon is getting hit with intense smoke and hazardous air quality conditions.

This morning, the Bureau of Land Management for Oregon and Washington announced a closure of all public BLM lands east of Interstate 5, effective this morning. That includes all roads, sites and trails. 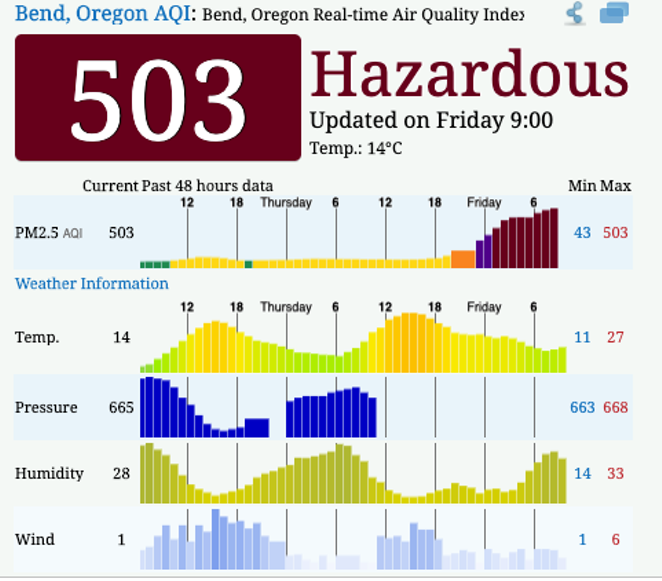 "Multiple new fires started on Bureau of Land Management, U.S. Forest Service, and private lands in the region have prompted Level 3 “Go” evacuations," stated a press release from the agency Friday. "Moderate to heavy smoke impacts from the fires are expected to continue along the western slopes of the Cascades and into the Willamette Valley."

The Redmond School District announced Friday that all school buildings are closed—so that means no distribution of meals for families.

This morning, the Sisters Folk Festival announced that it had canceled its "Close 2 Home" concerts planned for this weekend. The socially distanced shows were to be a replacement for the bigger Sisters Folk Festival weekend, which was scaled back to just one venue due to COVID-19 restrictions.

In Bend, BendFilm announced today that it had canceled the drive-in movies planned for this weekend at the Deschutes Brewery lot, including this Saturday's screening of "I am Not Your Negro." BendFilm hopes to still be able to screen the John Lewis documentary, "Good Trouble," next Friday.

We'll update this page with other local cancellations as we hear about them.
With Friday's Disaster Declaration, federal disaster funds are now available for Clackamas, Douglas, Jackson, Jefferson, Klamath, Lane, Lincoln, Linn, Marion, Tillamook, and Washington counties. tweet this

For those looking for the most up-to-date information on evacuations, the Oregon Office of Emergency Management's interactive database has the most recent information.


The Central Oregon Fire Information website offers daily updates on fires in the region, and recommends people text "COFIRE" to 888-777 to receive wildfire and prescribed burn text alerts for the area.


People can donate and help the evacuees directly at the website for the Red Cross Cascades Region. Evacuees should register on the Red Cross' Safe and Well website to let family and friends know their whereabouts.