Friends of the Children | Give Guide | Bend | The Source Weekly - Bend, Oregon

Friends of the Children

Giving kids a consistent caring adult throughout their lives 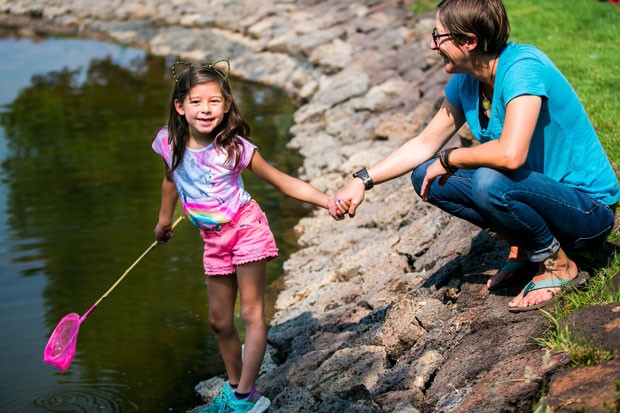 You might have heard of volunteer programs that place a positive adult with a child in need of extra support. Friends of the Children builds on that model—but does it by enlisting "Friends" who earn a full-time salary for their mentorship.

Founded in Portland in 1993 by Duncan Campbell, a Portland-area man who himself experienced a host of adverse childhood experiences, Friends of the Children's model is based on research showing that kids who have at least one consistent caring adult in their lives are more likely to overcome childhood experiences such as homelessness, neglect, parental incarceration, drug and alcohol abuse in their homes, poverty and domestic violence.

Penny Pritchard, development and marketing director for Friends of the Children Central Oregon, says Campbell's model was based on asking the question, "What is going to be the thing that breaks the cycle of generational poverty? And it really was around taking volunteering out of this crucial mentorship role," Pritchard said. "And that is why we pay our Friends."

Since Friends' founding, it's been expanded to 15 locations across the nation, including opening a Central Oregon chapter in 2017. With the Friends model, an adult mentor spends time with a child from kindergarten all the way through high school graduation, even supporting youth as they enter the workforce or post-secondary education. A "Friend" spends three to four hours each week with each child, helping them set and meet life goals, as well as going out and having fun with the child.

Working with school districts in Redmond and Bend, Friends of the Children Central Oregon spends several weeks observing kindergarten classes at the start of the school year, working to identify children who might need extra support.

"We're trying to really get away with the words 'at risk' and really say, 'children who are born into circumstances that they can't control,''' Pritchard said.

Pritchard says one-time or small monthly donations are helpful ways to support the program—as well as taking part in ongoing fundraisers throughout the year.

Friends of the Children Raffle
$25 ticket for a chance to win a Pivot mountain bike
friendscentraloregon.org