From a Strip Mall, a Craft Revolution

Mekong Restaurant the unlikely standard-bearer of beer in the South 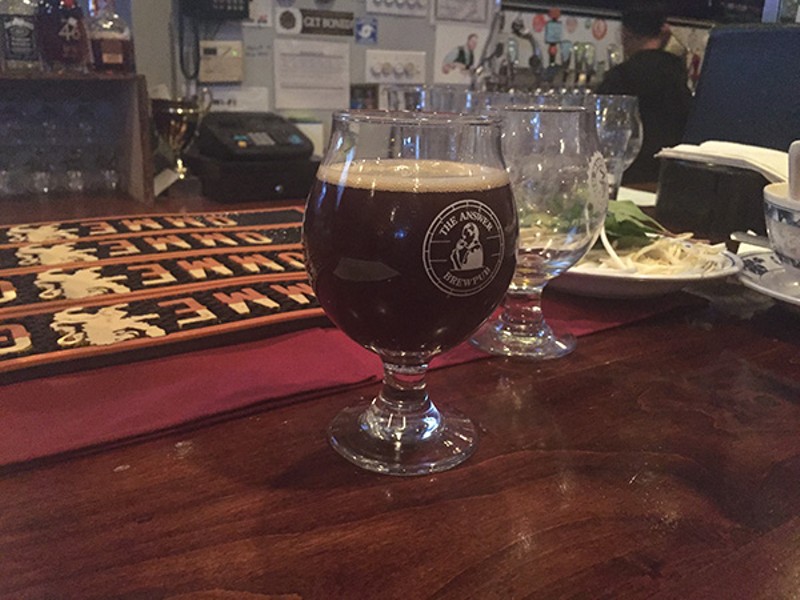 One of the neatest things about craft beer is the way it forms spontaneous new communities wherever it goes, often in completely unexpected places. Case in point: In Richmond, the capital of Virginia, Ground Zero for the entire region's beer scene is...a strip-mall Vietnamese restaurant.

Mekong Restaurant was founded in the '90s by a family that fled Vietnam after the end of the war. It started as your typical hole-in-the-wall Asian joint, but An Bui, the eldest son, began to steer the restaurant in another direction after he developed a taste for good Belgian beer in college. Now Mekong is...well, still a hole-in-the-wall Asian joint, but one with a large, age-weathered wooden bar and 55 taps containing the best beer you can get in the South, running the gamut from big names like Dogfish Head's 120 Minute IPA and Goose Island's Bourbon County Brand Stout, to the latest from regional favorites like Terrapin, Sweetwater and DC Brau.

An's efforts have kindled a suddenly-burgeoning craft scene in Richmond, a city still in the throes of the sort of urban revitalization that transformed Portland in the '90s. It's led by Hardywood Park, whose powerful, flavorful beers (including multiple barrel-aged variants of their imperial gingerbread stout) have long attracted crowds to its warehouse location near Richmond's minor-league baseball stadium. But just in the past year, Hardywood's suddenly found itself in a crowded market, with new Richmond-area breweries like Strangeways, Ardent Craft Ales, and Lickinghole Creek (it's an actual geographic location, stop snickering) setting up shop. Even An himself is getting in the game—The Answer, another craft-beer bar in the same strip mall as Mekong, is scheduled to begin brewing its own before the end of winter. Thanks in no small part to him, the South's beer scene is starting to get truly serious.