From Canceled Shows to Online Debuts

Alicia Viani's debut album is ready to have its moment

In February 2019, I spoke with Central Oregon artist Alicia Viani about getting ready to record her debut album in Nashville. Since then, a lot has happened. Originally, Viani planned to release the self-titled record in April with a show at The Belfry... until the COVID-19 pandemic broke out. Now, it's been a little over a year since Viani finished recording, and things are finally settled enough for a full release show here in Central Oregon. 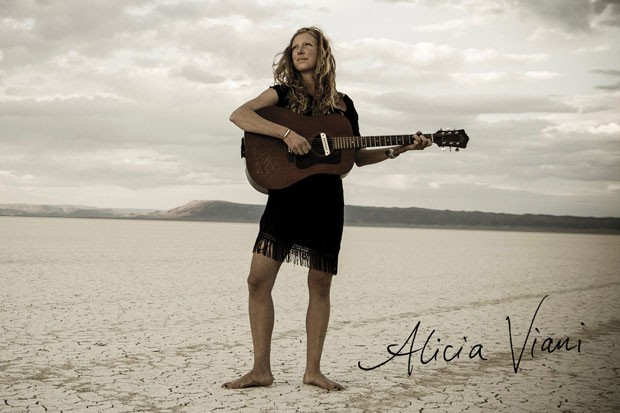 On June 26, Viani will host a live-streamed concert from Parkway Studios in Bend to celebrate the release. She'll be joined by longtime collaborator Mark Karwan, Scott Oliphant (The Color Study) and Pete Kartsounes. It's going to be a fulfilling night for Viani, as the full circle of her debut album will finally be complete.

"I'm really excited about it. I was pretty disappointed that The Belfry show got canceled. Even though it was disappointing, it was the right thing to do," says Viani. "We're gonna play the record in full, and some other songs we've been working out with a couple of guests. The band is sounding really great, and we've all missed each other."

Viani says holding off the release was weird for a number of reasons. For one, the album charted at #4 on FolkDJ Radio, so having to wait was a real shift in momentum. Timing is another area that has been on Viani's mind. As she put it, while being in the largest civil rights movement of our generation, she wasn't sure if taking up space online with her album was the right thing to do. But Viani, who is a mental health professional, also knows that the record touches on a lot of issues in our society, so she decided to roll out with the release, because music can both be healing and informative.

"It's been a beautiful process, but one with interruptions for sure. I listen to it every once in a while, and I just keep returning to the fact that I was proud of it when we made it and I'm still proud of it," Viani tells the Source. "I'm really happy to have created something that is so fun and fulfilling. And I think it's relevant."

The singer/songwriter is both relieved and excited to share the album with the rest of Central Oregon. As she said over the phone, "f*cking finally!"

Getting to play with the band and for viewers in the comfort of their homes is a real treat for Viani. Plus, Parkway Studios always releases great video sets online, so this will definitely be a show you crank up the volume for if you plan to tune in. It's going to be a moment of celebration.

"At the end of the day, performing is just a ball for us and it's a bonus to share it with you guys."

Once it's official, fans will be able to purchase physical copies of the record on her Bandcamp page. And judging from singles like "Lonesome For You," this is going to be a Central Oregon album to remember.