From Drinks to Disinfectant

by Miina McCown and Nicole Vulcan

April 15, 2020
comment
Liquor sales are up at stores in the state, according to the Oregon Liquor Control Commission—but even with the liquor side of the business booming, local distilleries and breweries are all working to produce hand sanitizer to donate and make it available to the public. 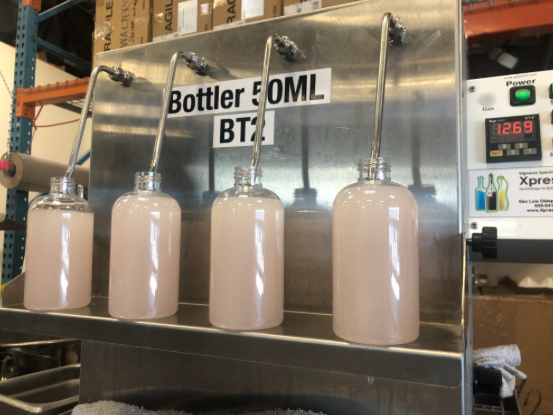 GoodLife Brewing and BackDrop Distilling are cooperating to make hand sanitizer, using waste products from beer to do so. Beer waste produced at GoodLife during the fermentation of yeast, hops, and barley—stuff the brewery normally disposes of—is then taken by BackDrop, where it's mixed with high-strength hydrochloride to produce hand sanitizer. The companies then put the hand sanitizer into bottles to donate to local hospitals and healthcare workers.

Meanwhile, Crater Lake Spirits (Bendistillery) has converted part of its production process to make ethanol-based hand sanitizer. Since hand sanitizer is made up of about 60% alcohol, Bendistillery has not had to make any changes to the equipment used to make its usual gin, whiskey, bourbon and vodka, yet has had to obtain some new ingredients. Glycerin, aloe and xanthan gum are not used in standard alcoholic beverage production, however, they're added to hand sanitizer to retain moisture in skin, and corn is used instead of barley.

Bendistillery is giving out one free bottle per person daily at the downtown Bend tasting room as well as the Tumalo distillery tasting room. They're offering 50 ml bottles made to the World Health Association standards of 80% ethanol, glycerin and hydrogen peroxide. (Correction: An earlier version of this story stated that the distillery had other sizes available for sale; that was incorrect.)

Update: Crater Lake Spirits let us know April 22 that it also has 374mL bottles available, for $4.95 per bottle or $49.95 by the case at the downtown Bend and Tumalo tasting rooms.

Bendistillery is supplying sanitizer to local hospitals and healthcare workers, as well as hospice, plumbers, electricians, and a number of private businesses.

On Tuesday, the OLCC reported that Oregon liquor stores generated a record level of revenue for the state, with an almost 20% increase in sales in March compared to 2019.

According to the OLCC's Tuesday release:

"The upsurge in sales from agent-operated liquor stores is attributed to changes in consumer behavior due to the Covid-19 pandemic. Specifically, liquor consumption has shifted from sit-down bars and restaurants to consumers purchasing distilled spirts by-the-bottle for at home consumption.

"OLCC liquor stores have issued more than $500,000 in refunds to 94 licensees (bars and restaurants) for returned liquor. The value of store inventory – unsold product – at liquor stores increased from $67.5 million to $78.6 million."

“These numbers may be alarming to those concerned about alcohol dependency, but it reflects the shift in consumption, not an increase in consumption,” said Steve Marks, OLCC Executive Director.