From First to Last | The Source Weekly - Bend, Oregon

From First to Last

"The Dark Phoenix Saga" changed how I viewed comic books. Released from January to October 1980 and written by Chris Claremont and John Byrne, "The Dark Phoenix Saga" showed me that not all comics would have happy endings. Jean Grey, arguably the kindest and most empathetic X-Man, gets exposed to a solar flare which turns her into a being of limitless power and intellect. Things go poorly. 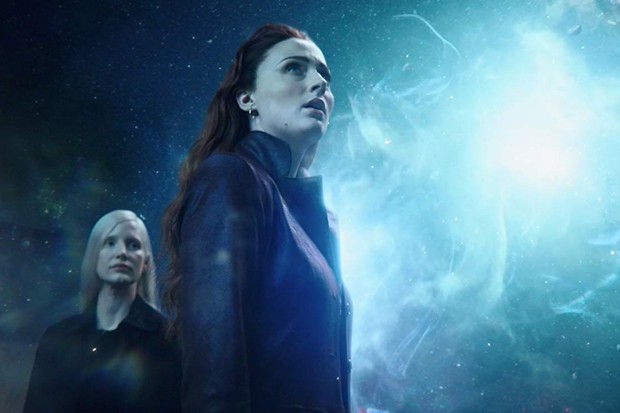 What's hilarious about this whole thing is that Fox already attempted to adapt the Dark Phoenix story into a film, with 2006's pile of steaming garbage, "X-Men: The Last Stand." It managed to get just about everything wrong it could, even though it had Wolverine and other characters we'd become invested in to play with.

So how does Fox course correct and tell the story properly in 2019? By hiring THE SAME PERSON who wrote "The Last Stand" to write and direct "Dark Phoenix." This is why Fox can't have nice things. Luckily, Simon Kinberg is a better director than he is a writer (he also wrote 2016's fustercluck "X-Men: Apocalypse), but that's not saying much.

The super-heroics in "Dark Phoenix" are fun, with some of the best action sequences of the entire franchise, but the problem lies in the fact that we don't really care about these iterations of the characters. While James McAvoy and Michael Fassbender are still fully committed to their performances as Professor X and Magneto, Jennifer Lawrence, Jessica Chastain and Nicholas Hoult are just waiting to cash a check.

Sophie Turner (Sansa from "Game of Thrones") does her best as Jean Grey, but this is only her second time playing the role—which is a shame since the franchise has been around for almost two decades. There's no investment in her becoming the Dark Phoenix and killing the characters we know and love since, arguably, without Hugh Jackman's Wolverine, no one's been around long enough for us to care.

Now that Fox is owned by Disney, X-Men will become a part of the Marvel Cinematic Universe. Hopefully, Marvel will recast all the characters from top to bottom, dump all of the nonsensical continuity and start throwing in established characters we already love to help revamp the X-Men.

Imagine a space adventure starring Wolverine, Nightcrawler, Drax, Rocket and Captain Marvel or a time travel heist featuring Star Lord, Kitty Pryde, Gamora, Venom and Thor. The possibilities are endless. Or check this out: A journey to the center of the Earth searching for Silver Surfer starring the Fantastic Four, Deadpool, Blade, Spider-Man, Black Widow and Shuri. Hire me, Disney. I got this.