From Illegal to Essential | The Leaflet | Bend | The Source Weekly - Bend, Oregon

From Illegal to Essential

At the beginning of the pandemic, the threat of police-state lockdown orders loomed large on the horizon: Weeks before the initial outbreak in Oregon, China and Italy forced people inside for weeks with threats of arrests and even jail time. Some Americans raced to the store to stock up on toilet paper, groceries and medications. Meanwhile many Central Oregonians stood in line for hours at local dispensaries to stock up on their own essential goods.

Whether cannabis consumption helped to ease the stress and anxiety of the news of the pandemic, or made all the hours on the couch watching Netflix a lot more fun than it should have been, pot sales soared in the Beaver State, where there are more dispensaries per capita than any other state, according to Ganjapreneur. 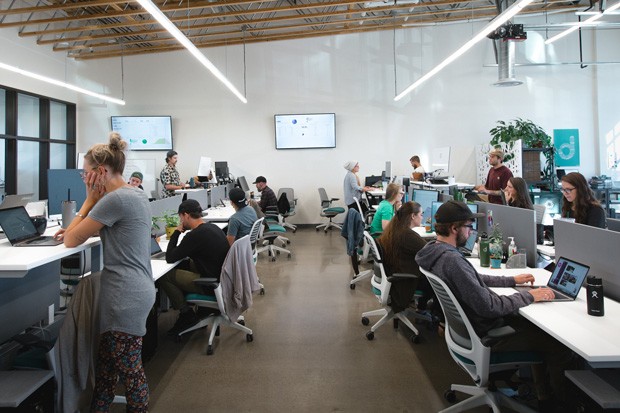 After decades of stigmatization and criminalization, marijuana was finally deemed essential, even as large parts of the state's economy like entertainment, barber shops and yoga studios were left out in the cold. The Oregon Liquor Control Commission reported record-breaking sales month after month since the first coronavirus outbreak in March.

Marijuana sales in Deschutes County were $5 million during both May and June, according to records from the OLCC. Sales for the cannabis flower were $2.68 million this June, compared to $1.85 million in June 2019. tweet this

Oregon's response was similar to other states that had legalized marijuana in recent years. Some cities, such as Denver, Colorado, originally tried to declare recreational marijuana—along with liquor stores—nonessential, but after largescale public outcry, Mayor Michael Hancock reversed the ruling, according to The New York Times. The same pattern emerged from San Francisco to Boston in the early days of the pandemic, but in city after city, pot stores stayed open.

Marijuana sales in Deschutes County were $5 million during both May and June, according to records from the OLCC. Sales for the cannabis flower were $2.68 million this June, compared to $1.85 million in June 2019.

Since the beginning of the pandemic in Oregon, the State never paused to ask if cannabis businesses should remain open, it asked how it could help keep them up and running safely. After all, tax revenue from sales added $100 million to the State's coffers last year.

In March, on the heels of Gov. Kate Brown's stay-home orders, the OLCC issued temporary relaxed rules for dispensaries which allowed for curbside pick-up. It also made it easier for marijuana workers to get a permit to work by allowing them to complete the process online. Total sales in the state totaled $100 million this June.

Locally, some stores saw the pandemic as an opportunity. Some switched most of their business to online ordering and contactless payment, combined with curbside pickup. 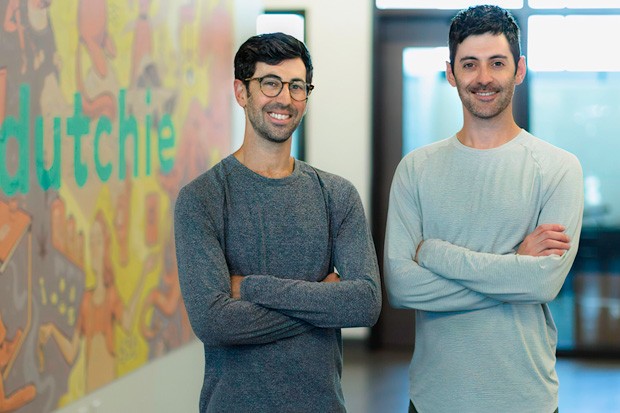 One of Bend's most successful tech startups, Dutchie, provides exactly the kind of services that marijuana dispensaries need right now to deal with the pandemic, both in Bend and across the country. The three-year-old company delivers website creation and maintenance, order processing, and pickup and delivery tracking for marijuana retail operations throughout the U.S. It just won $35 million in a second round of funding this month, partially thanks to Howard Schultz, the Starbucks tycoon.

Dutchie responded to the pandemic by creating a new feature for online dispensary customers to select curbside pickup when they complete their order, while also adding technology that helped the dispensary workers find each customer's car, Dutchie founder Ross Lipson told the Source.

"Virtually all states deemed cannabis dispensaries as essential businesses," Lipson told Tech Crunch last week. "Many still had to comply with state laws and close their physical stores, though, leaving only one option for sales — online ordering. We saw dispensaries shift from about 30% of overall sales coming from Dutchie to upwards of 100%."

"Dutchie saw a 700% increase in order volume [since] the pandemic hit," Lipson told the Source. "The demand for our product increased heavily and Dutchie on-boarded an additional 250 dispensaries in the first 30 days of the pandemic. Dutchie now powers online ordering for over 1,350 dispensaries, across 25 states plus Canada, facilitates over 75,000 orders a day, which equates to over $2.4 billion in annualized sales."

The cannabis industry, like many others, has been irrevocably transformed by the COVID-19 pandemic. Many of these small dispensary businesses have been a boon for the local and state economy, providing service jobs as many other forms of employment evaporated overnight. The innovations of Dutchie are powering the systems that help these small businesses in Central Oregon and all over the U.S. stay afloat. On top of that, Dutchie provides 100 well-paying jobs to people in Bend and plans to double that by next year.