From Japan to Industrial Way 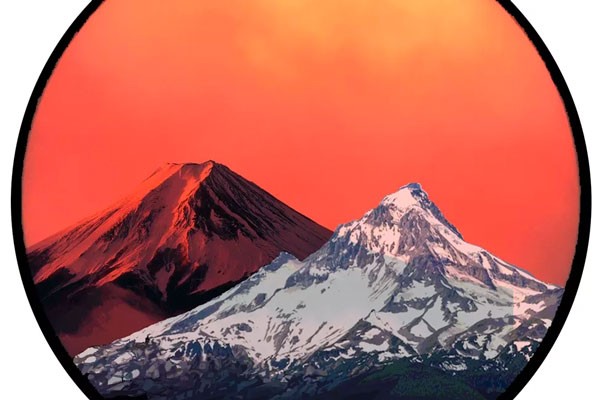 The calendar claims that it's well into spring now—which, in Central Oregon, means that maybe the temperature will start to think about staying above freezing consistently. That's stupendous news for anyone who wants to engage in either of the Beaver State's most popular pastimes: hanging outdoors or having some local brew.

The opportunities to do both at the same time begin bubbling up this time of year, with ticketed beer festivals already a thing, and Central Oregon Beer Week, the local king of them all, just around the corner in late May. This weekend, there are two in the state that are both can't-miss for their own reasons.

Over in Portland on Saturday, April 21 will be the first Fuji to Hood beer festival, inside the Bindery Annex building that plays home to Culmination Brewing. The focus here is on all things Japanese—ramen, sushi, sake, taiko drum demonstrations and of course, beer.

For this event, 11 different breweries from Japan collaborated with one from the Portland area to create 10 different beers and one cider, each making their debut at this event. It's an expanded version of what the Oregon Brewers Festival did a couple years ago, and featuring the best of the best from both sides of the pond, and every brew uses at least one ingredient that's Japanese in origin.

The results, looking at the list of beers available, are pretty exotic. Take "Who's Umami?"—a mashup between Burnside Brewing and Yokosuka Beer south of Tokyo. In order to create a "savory" London porter, the brewers added a broth with 25 pounds of Japanese shiitake powder to the mix, holding it for nine hours before infusing it into the porter mash the next morning. Then 25 more pounds were added to the end of the boil to complement the layers of malt flavor with that authentic umami-ness. Does it work? That's a mystery to be solved at the event. No worries, though—there's lots of beer with more traditional ingredients such as apples, citrus, basil and shiso leaves.

Portland sound a bit far? No problem! The local folks at Immersion Brewing are holding a fest of their own this Sunday. Called Give Me a Firkin Beer, the event showcases firkins (small-batch, cask-conditioned ales) from a dozen breweries and cideries across Central Oregon, including Deschutes, Crux, Sunriver, Wild Ride and Tumalo Cider. It's a chance to try out a whole lot of unusual beer at once, in the same place—and at $20 for a glass and five tasting tokens, it's not at all a bad deal. Check out imbrewing.com for details.

Give Me a Firkin Beer Fest
Sun., April 22
2 pm
Tickets at imbrewing.com