The Podski was never intended to be a food cart lot. In fact, it started with Mikel Lomsky's dream of being a rock star. After several years in real estate, he decided that he was burned out. He turned an office inside of the Bakery Building on Galveston Avenue, which he owns, into his personal jam studio. In exchange for below-market rent, the tenants agreed to endure the days of Lomsky's band practicing at its leisure. But Lomsky knew that this wouldn't work long term; he began the hunt for a space where he and his band could ignite their artistic dreams. 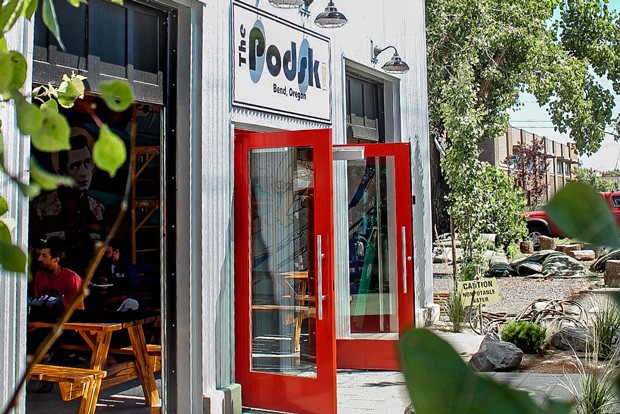 A vacant lot on Arizona Avenue felt like the right place to commence their journey to rock-stardom. The property included a small shop and a bit more property than he'd hoped to undertake, but it was the only way to get the band relocated.

"My drummer couldn't quit his day job, so I convinced him to buy a beer cart and sell brews out of the cart in between practice sessions," says Lomsky of his business partner, Caleb Trowbridge. They discovered a small cart for sale that would become the original Podski Beer Cart. But they found that with the consumption of beer often comes the craving for food—cart food. With water hook-ups and just enough space, Lomsky welcomed a handful of food carts into his space, along with Head Over Wheels—a mobile hairdressing trailer.

After a brutal, late-onset winter, it only made sense to take the next step and create a permanent structure for the food cart lot. It took two years of planning, an unforeseen additional investment (in the few-hundred thousand dollar range) and some compromising with the city, but The Podski's 1,000-square-foot building was resurrected late this summer.

The building includes two new restrooms, a permanent bar with beer by the can and on tap, wine, and kombucha, and a few upcoming "surprise amenities." Lomsky wanted the building to include an ongoing addition of sports equipment, including his collection of snowboards from the 1980s, and a larger-than-life mural on the building's vacant wall, painted by Brandon Walsh of EMW Fusion. 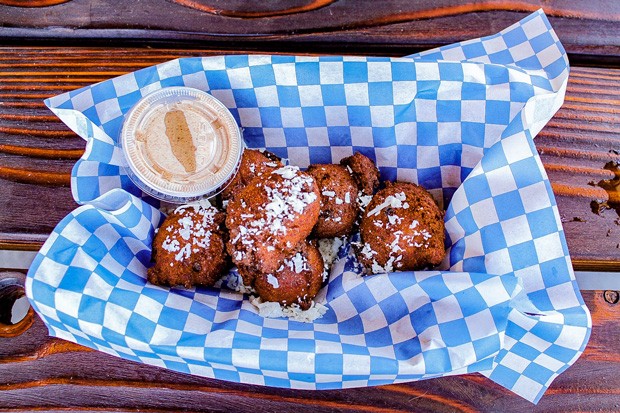 "I didn't want to influence the artist's vision whatsoever—I told him, 'paint whatever you want, don't even run it by me,'" Lomsky says. The wall, which includes a painting of Johnny Cash and Homer Simpson, will soon include another surprise element.

“These are all small business owners; most of the food cart owners are also the cooks, operators, and managers of the cart.”-Mikel Lomsky tweet this 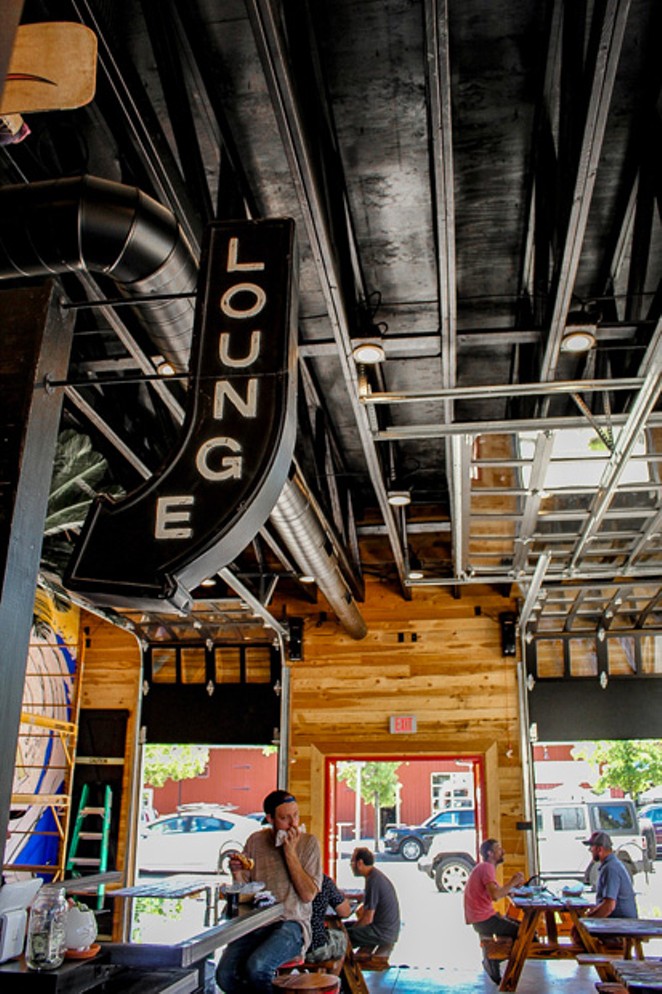 While the hair trailer is no longer located at The Podski, several locally-owned food carts have found their home on Arizona Avenue. The Tin Pig offers Southern favorites including fried green tomatoes, Nashville chicken sandwiches, and—my appetizer of choice, hushpuppies. Thailandia has been cooking up Northern Thai street food in Bend since 2012 and now maintains a permanent residency at The Podski. Big Ski's Pierogis makes stuffed Polish dumplings with fillings from potato and cheese to chicken and mozzarella with pesto. East Meets West makes their famous "pandos"—a fusion of Korean-style pancakes and sandwiches.

A few new carts have recently joined The Podski family; Earl and Mabel is a keto-friendly cart serving salads, kabobs and skillets. Toasty has vegan-friendly fare for a lighter option. They'll soon welcome a taco truck along with Terrascout, an American-made apparel company.

Be sure to check the schedule for your favorite food cart; Lomsky believes in a balanced work life and doesn't implement required working hours.

"I wanted to allow my tenants to set their own hours and be here when it worked for them. These are all small business owners; most of the food cart owners are also the cooks, operators, and managers of the cart."