From Shakespeare to Superstar

A production of Andrew Lloyd Webber's seminal work launches the new series, Theater in the Park 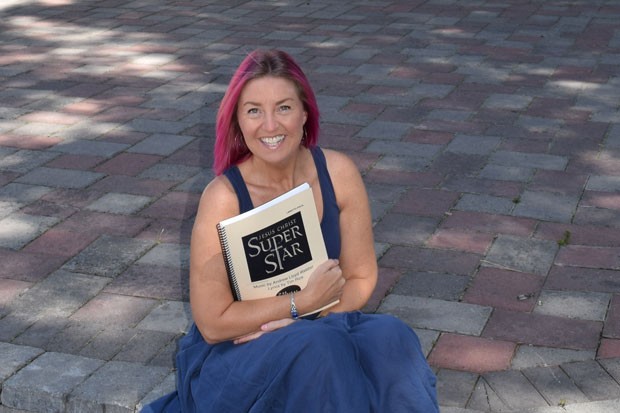 "Jesus Christ, Superstar," a dramatized, musical version of the last seven days in the life of Jesus of Nazareth as seen through the eyes of Judas Iscariot, is coming to Drake Park this summer, on stage Friday and Saturday, Aug. 24 and 25. It's a brand new venture for presenter Lay It Out Events, which brought Shakespeare in the Park to Bend for the past five years. (Disclosure: LIOE is owned by the same company as the Source Weekly.)

"They needed a new vehicle to support 'Superstar,' so they came up with Theater in the Park," says director Michele Mejaski. Mejaski has been choreographing and teaching dance in Bend for more than 20 years, but this will be her directorial debut. Mejaski told the Source Weekly how the idea to start the new program came about.

"I had a dance studio that I ran for 15 years and I sold it to have Mejaski Choreography. I want to branch out even more – but I needed a venue." Mejaski says she tried the community college and Les Schwab Amphitheater, but found that neither one was amenable for her needs. She approached Lay It Out Events' Producer Aaron Switzer to get some ideas. "I thought, I'm going to talk to Aaron, because he's followed my career. I've known him for 20 years.

"It was serendipitous. He said, 'I'm meeting in a couple of hours with the Shakespeare in the Park people and I was going to cancel it. Why don't we just switch it?' And that's how it started. So now my venue is Drake Park."

The production boasts a large ensemble cast, in addition to the primary characters. "I was hoping that with my 20 years' experience in the community, enough people would want to come to work with me again, or would want to be a part of Superstar, because it is such an amazing rock opera. I was hoping for a cast of 30. We have 40!"

"We need a performing arts center. There's enough talent to support one. All of the high schools have theater programs, but not at the college." —Michele Mejaski tweet this

The cast will be about half female and half male, with some of the apostles portrayed by female actors. "We went with whoever we felt were the strongest vocally for the roles." Christie Capucci will play the role of Simon. "She's a rocker. That's what we wanted for Simon. She came out there and rock-starred it." Other players include Rick Johnson as Jesus, Matthew Vigil as Judas, Cait Ford as Mary and Thor Erikson as King Herod.

Mejaski says that people have been asking how she is going to set the play, since the original was set in the early '70s, while the latest Broadway revival cast characters in black leather and modern soldier uniforms. "I'm going to do a meld. We are going to tell the story as of today, 2018, but it's going to have a 1970s flair. So our actors might be tattooed, pierced, shorter hair. We're not going to play it as 1973."

Mejaski is already thinking well past the August production. While the director will continue to work in the venues that are currently available to her, she shares a larger goal with the greater Central Oregon theater community – to bring a real performing arts center to Bend.

"We need a performing arts center. There's enough talent to support one. All of the high schools have theater programs, but not at the college." She envisions a performance space with wings, a fly system – all the amenities that are currently unavailable for local productions here. "The shows I want to do are too big for community theater. And COCC doesn't rent out their auditorium. I want something bigger. I want to branch out even more." She says the idea has run into opposition in the past, but enthusiasm in the theater community is still high.

Beer and food tents will be available in the park beginning at 6 p.m. VIP ticket holders can pick up their meal and beverages, provided by Hola! of Bend, beginning at 5:30. The VIP tent area will be open to all ticket holders. Ticket prices are based on seating location.