From the Bars of Miami

What started as a one-man band by Robbie Hunter has grown into much, much more.

Now assembled with the skills of Pat Howard (drums) and John Coughlin (guitar), Magic City Hippies have moved from the bars of Miami (paid in free beer, I'm told) to playing festivals on their bucket list like Bonnaroo and Electric Forest. 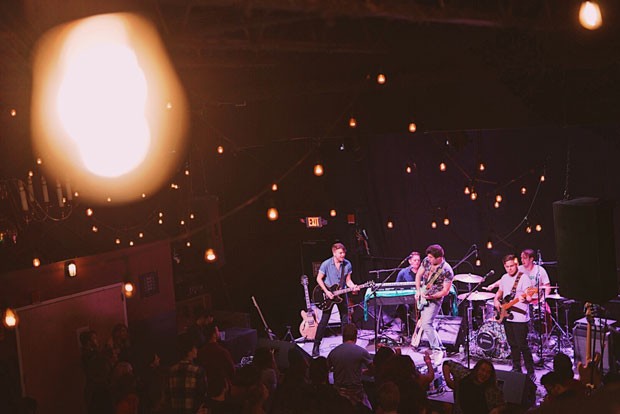 "I used to climb the awning of a bank to steal electricity for my guitar and speakers," Hunter details of his early days. "I had a little boost pedal and did some hip-hop covers and stuff like that. Eventually the cops came and shut it down."

Currently on tour until February, life on the road has been going well for the guys – almost a little too well, actually. The guys say that usually by now MCH would have had a flat tire or some other van-related issue, but not yet. The biggest problems so far? Gas station coffee, chewing gum in the backseat (no garbage) and the lack of scenery on some drives. All three of the guys literally cheered into the phone as they crossed into Colorado from Nebraska.

When you listen to a Magic City Hippie's song, the next one will probably sound a little different than the last. Take two of the band's 2018 singles, for instance: "Franny" is an energetic party ballad that swings for the fences, whereas "Body Like a Weapon" is a smooth electro-R&B jam that looks into your eyes, puts sunglasses on and says "sup" – before coolly strutting away.

"We call it indie funk," says Howard about the group's sound. "It's not super specific, but it's groove-based music. Even what we would consider our ballads or slower songs still kind of have that balance. It's rooted in funk."

Even though MCH is getting pretty familiar with big crowds now, the nerves still kick in from time to time. The boys listed bottled water, Stella Artois and Red Bull as the "trifecta" that carries them through on show nights.

That's basically the same message as "an apple a day," right? Close enough, if you're a Magic City Hippy.