From the Stage to the Construction Site | Local News | Bend | The Source Weekly - Bend, Oregon

From the Stage to the Construction Site

The year 2020 hasn't exactly been a walk in the park for most. For artists, musicians, event coordinators, "theatre people" and the like, the rapid spread of COVID-19 means a lack of employment as well as a major cultural void. 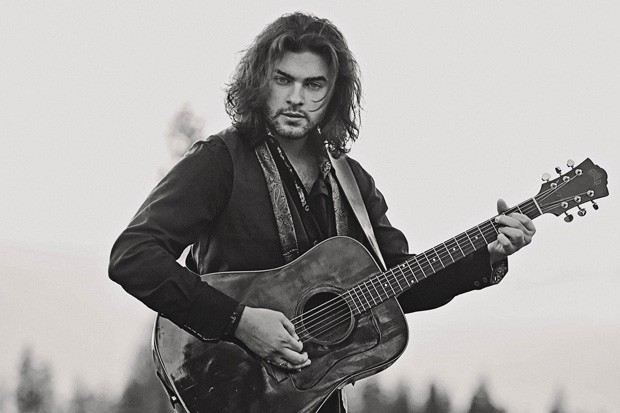 Michalis Patterson, one of Bend's local musicians, works behind the scenes in the music industry when he isn't onstage, giving him a unique perspective on the entertainment-related issues that the rise of the novel coronavirus has brought about.

"Before I moved back to Bend, I was living in Portland and working with Monqui Presents," Patterson said. Monqui Presents is a Portland-based production company, in business since 1983. "They do all of the Les Schwab shows and a lot of shows in Portland. I was working shows at the MODA Center, but all of that work came to a halt at the beginning of March, as soon as there were restrictions on the amount of people allowed at a venue. I was a stagehand, that was my day job. Not only was I out of work, but I had to cancel all of my tours. My whole life got turned around."

Patterson began working in construction to make ends meet. "I wasn't eligible for unemployment because I worked for so many different event companies and had so many employers," he said. "Construction was really the only job available."

In addition to the stagehand gigs, he said he used to make a decent amount of money playing local shows. The last one he played was one of the last live shows in Central Oregon before the shutdown.

“I encourage other artists—everyone—to take this time to better yourself and become the version of yourself that you want to be. You’re never going to get this time again. The world is on pause; take advantage.”—Michalis Patterson tweet this

"I played at the Brown Owl, and the very next day everything got shut down. I had to cancel a lot of shows... I was supposed to leave for Italy on March 30 and that got completely shut down. As soon as restrictions lifted, I immediately started getting booked. But it was kind of like as soon as things opened, people let out the air they had been holding in for the last couple of months. They were like, 'OK, cool, we can be chaotic and dangerous again.' I'd see people without masks on, not social distancing, coming up and giving each other hugs and stuff," he said. "There were always safety measures put in place by the venues, but they were definitely not respected and not always enforced. I saw the direction playing live shows was going, so I made the decision to shut it down myself."

Patterson canceled all of the shows slated to take place indoors, including a show at Northside Bar and Grill. "Playing indoor venues just isn't worth it," he said. "A lot of the people that come to shows right now are tourists. They don't care enough to stay within state lines, so the chances are that they won't respect our guidelines."

As is the case with many in the entertainment industry, everything remains completely up in the air. "I know I won't be able to do shows again until 2021," Patterson said. "A lot of bands refuse to tour unless there's a vaccine in place. I used to tour 10 months out of the year; I don't think that will ever be the same. For me, that's the biggest thing. I don't think my life will be back to normal for at least half a decade."

And like other artists, this unusual time in history is one he's tapping for creative and personal growth. "I've been working my ass off framing so that I can afford to make this new album that I've been working on," he explained. "I've been taking this difficult circumstance head-on and feeling every emotion, then using that emotion to create something powerful in these unprecedented and difficult times. I encourage other artists—everyone—to take this time to better yourself and become the version of yourself that you want to be. You're never going to get this time again. The world is on pause; take advantage."