Lukas Nelson and his band bring a full-on show of funk, blues, country and rock to Bend 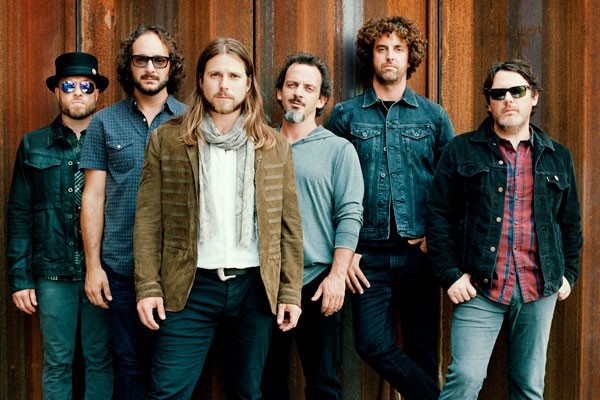 Lukas Nelson has been releasing music and touring for nearly a decade now, but he's treating the recently released self-titled album from his band, "Lukas Nelson and Promise of the Real" as if it's a second beginning to his music career.

There's plenty of logic to that thinking. The past few years have seen the band's profile expand considerably, mainly through a pair of notable collaborations.

After seeing Lukas Nelson & Promise of the Real perform at Farm Aid in 2010, Neil Young befriended the group, and a few years later drafted them to be his backing band on "The Monsanto Years," his 2015 album that blasted the use of genetically modified foods. The group also backed Young on the album tour.

Young's 2016 live album, "Earth," was drawn from the 2015 "The Monsanto Years" tour, and Young and the group then resumed their collaboration on Young's 2017 studio release, "The Visitor." The group has also contributed to the soundtrack of a new Neil Young film, "Paradox," and Lukas and his brother, Micah, will appear in leading roles alongside Young in the movie, which will be released this spring.

"The Visitor" arrived alongside a fall 2017 album that united Lukas and Micah with their father, country legend Willie Nelson—"Willie Nelson and the Boys: Willie's Stash Vol. 2," an album on which the three Nelsons perform a selection of favorite country songs.

Last fall also saw the release of the "Lukas Nelson & Promise of the Real," the group's first album as part of a new contract with Fantasy Records. That affiliation has given the group the kind of recording budget, distribution and promotion that was never available for their earlier albums.

Nelson, 28, knew the attention generated by the projects with Young and his father, coupled with the new record deal, meant a far larger audience.

To that end, Nelson not only chose the best songs from a large pool of newly written tunes, but also cut new versions of several tunes that had appeared on earlier albums.

"I just wanted it to be a lights-out record, something that really got a lot of attention for us, something that was accessible to a wide audience and that a lot of people would love," Nelson said. "And we picked the songs that fit that description."

Nelson, along with producer John Alagia, wanted to give the self-titled album a cinematic and more varied sound than on the three earlier Lukas Nelson & Promise of the Real albums, which favored more of a riffy guitar rock sound.

"So we do a lot of the new record and the new material, and then toward the end we'll throw in some real rockers from 'Something Real'" —Lukas Nelson click to tweet

The opening track on the self-titled album, "Set Me Down on a Cloud," is even more beautiful and spacious than the original version, and also gets a previously absent measure of gospel, thanks to the backing vocals of Jess Wolfe and Holly Lessig of the duo Lucius.

The songs "Die Alone" and "Four Letter Word" recall the chunky country rock and soul of J.J. Cale and early Eric Clapton, while the group's country roots shine on the ballads, "Just Outside of Austin" and "Runnin' Shine." Funk, blues, country and rock all filter into the sprightly "Fool Me Once" and on "Find Yourself," which features sassy guest vocals from Lady Gaga.

Nelson met Lady Gaga during work on the much-anticipated remake of the 1976 movie, "A Star is Born," which will star Gaga and Bradley Cooper in the roles previously played by Barbra Streisand and Kris Kristofferson.

"I don't know how much I can say (about the movie), but I know there are a lot of great songs on there," Nelson said. "I wrote a lot of songs for the movie with her and on my own."

"We like to just make sure it's a high-energy show," Nelson said. "So we do a lot of the new record and the new material, and then toward the end we'll throw in some real rockers from 'Something Real' (or the other albums) because there are a lot of fans that we have that love our old material, and we don't quit playing that."

Lukas Nelson & Promise of the Real