January 09, 2020
2 comments
A fundraiser aimed at offering support for a Redmond woman allegedly attacked because of her ethnic background nearly met its goal in a single day.

The 70-year-old owner of the Hub Motel in Redmond was beaten and strangled on New Year's Eve, according to a press release from Redmond Police. Cops arrested James David Lamb of Eugene in connection to the attack. 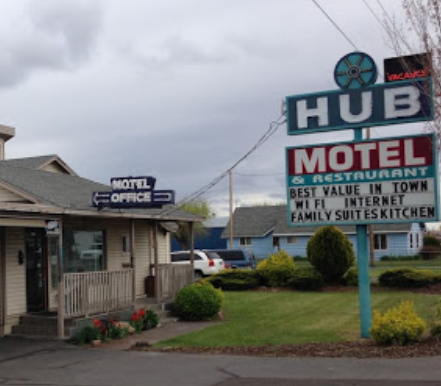 "An initial investigation determined Mr. Lamb used a garbage can to smash the window of the entry door in order to gain entry to the office and carry out the attack. After the attack, Mr. Lamb returned to a room he was renting at the Hub Motel," wrote Sgt. Jonny Dickson of Redmond Police. The victim suffered significant, non-life-threatening injuries, according to police. The victim's country of origin is India, according to a release from the office of Deschutes County District Attorney John Hummel.


"We would like to show this family that hate will NOT win in Central Oregon and support them with food, money for medical supplies and anything else they need," Perkins wrote. tweet this

“The victim of this unprovoked assault provided heroic testimony to the grand jury from her hospital bed," Hummel wrote in a press release. "Too many people in Oregon are silenced by intimidation and violence because of how they look, who they love, or to whom they pray. Because of this woman’s strength, and because the Oregon Legislature passed a law last year to strengthen Oregon’s hate crime law, justice will be delivered in this case. Hate is not tolerated in Deschutes County.” 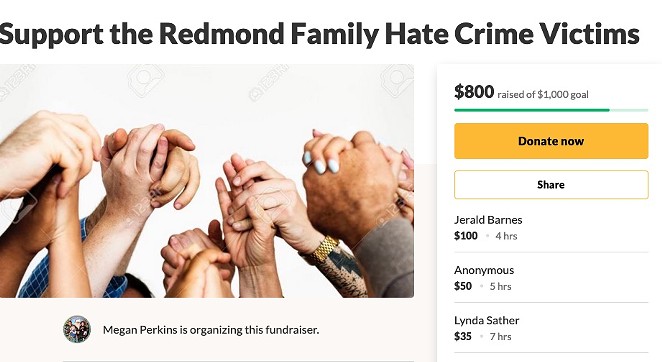 On Wednesday, Bendite Megan Perkins of Embrace Bend, a local group that according to its website is aimed at "dismantling white supremacy through community support, learning opportunities and increased activism," launched a Go Fund Me fundraiser for the victim.

"She has been in the hospital for some time and still has a long road ahead (her neck was broken among other things). Their hotel received damage as well. We would like to show this family that hate will NOT win in Central Oregon and support them with food, money for medical supplies and anything else they need," Perkins wrote.

Of the $1000 goal, people had already donated $800 within the first day. The fundraiser was still active as of Thursday.