"Ready Player One" is a burst of pop culture nostalgia 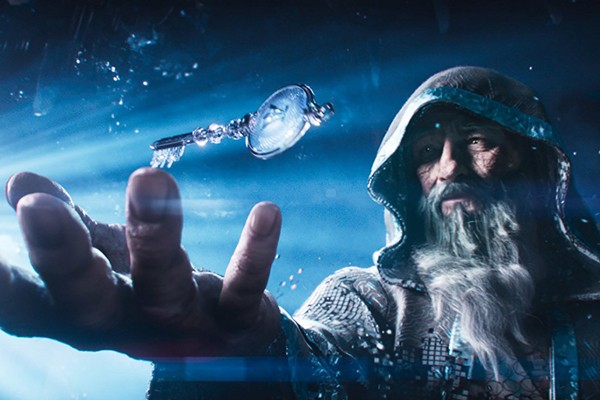 My name is Jared Rasic and I've been collecting comic books and movies since 1986. I was beaten up in Catholic school and relentlessly mocked in public school for being a fat geek who should put down the books and pick up a basketball. Over the last decade, geek culture left the basement and became a juggernaut in Hollywood, the mass marketing of nostalgia morphed into a lucrative business practice. Seemingly overnight, everything that was deemed nerd fodder became cool.

Ernest Cline exploited this paradigm shift brilliantly in his 2011 novel, "Ready Player One," which took his love of 1980s pop culture and spun an entire world out of it. Steven Spielberg's adaptation improves on the book in every way.

"Ready Player One" tells the story of Wade Watts, an 18-year-old geek living in a future where most of the world is constantly plugged into a virtual reality massively multiplayer online role-playing game known as the OASIS. The OASIS is basically the Internet with everyone walking around in custom built avatars as they stay plugged into visors, gloves and body suits in their own crustier environments.

When James Halliday, the creator of the OASIS (and a thin pastiche of Willy Wonka and Steve Jobs), passes away, a pre-designed game is released into the OASIS: an Easter egg hunt for three magical keys spread out over a myriad of virtual worlds. Whoever finds the three eggs gains controlling interest of the OASIS, as well as Halliday's entire estate, worth over half a billion dollars. The entire movie is basically Wade and his new friends hunting for the keys before an evil tech conglomerate can find them.

In any other director's hands, "Ready Player One" would have been impenetrable to anyone not well versed in geek culture and video games. Instead, Spielberg instills the characters with enough heart to make us care about all of the technical wizardry. As amazing as it is to see a race in which our hero drives the DeLorean from "Back to the Future" through a deadly track protected by a T-Rex and King Kong, it wouldn't matter if the audience was indifferent to the drivers.

If an entire movie filled with pop culture references and computer generated imagery sounds miserable to you, then it will be. Even Spielberg can't make that kind of magic. As misogynistic and ugly as geek culture has become over the years, with Gamergate and the #metoo movement, it's nice to see things as they were before boys got angry when girls started playing with their toys and wondering why they weren't included.

With references to just about every major '80s-'90s pop culture event, "Ready Player One" is really just a love letter to all the things that made me happy when I was 12. That's such a personal thing that it's impossible to know whether the average cinemagoer will even care about the OASIS and everything it contains. That's OK. This one's for Catholic school Jared. He needs it.