Games For The Whole Family

Getting together with the family over the holidays is great—but to keep the good mojo going sometimes you need a little extra help, and board games are often an easy solution to bring everyone together. 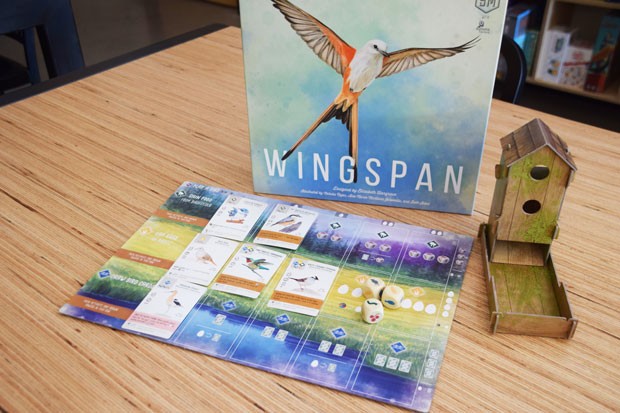 As with any family gathering there will be different age groups, so finding games for everyone can get tricky (especially if you don't want the adults to scare the children). I stopped in at Modern Games in The Box Factory to chat with store owner Brian Evans about some of the new games on the scene that are perfect for these familial occasions.

"I kind of grew up around some games, whether it was playing chess with dad, or whatever it is. So, I had those kinds of traditional experiences growing up," Evans tells the Source. "I didn't really get into some of these newer games until my daughter was a teenager. It was something I did with her—get her off the phone for a little bit, to just sit down and play a game. It was something we could do together. So board games were always important for us."

Games for the whole crew 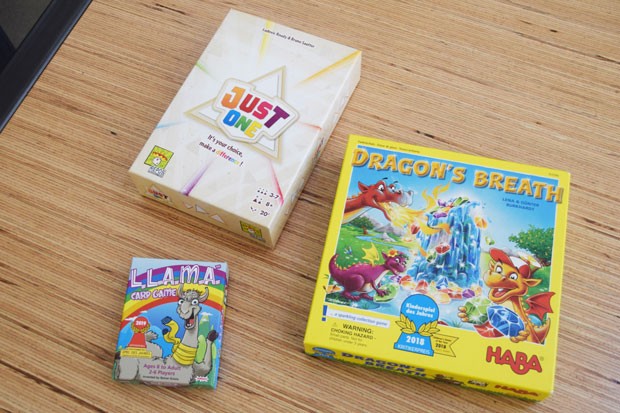 Off the bat, he mentions "Just One" as the perfect cooperative-family game. Three to seven players work together to try to help their teammate solve the mystery words on each card by writing one-word clues on their stand. The kicker? Any clues that are duplicated by the table cancel out, so the person guessing can't see them. Players need to use their brains creatively to make different clues—but not too different.

Evans also brings out the "L.L.A.M.A." card game, which is sort of like Uno, but with a little more strategy. Players have a hand of six cards and will try to either lay a matching card on top of the discard pile or play the card one value above it. If you can't lay a card, you can either draw or quit that round—because in "L.L.A.M.A," you take points for cards left in your hand at the end of the round. Rounds end when a player empties their hand or if all players quit. The game ends when one player hits 40 points. Lowest score wins.

"Wingspan" is a perfect game for tweens, teens or adults who are looking for a game with a bit more strategy. The big bonus here is that it's also one of the most aesthetically pleasing games you'll find in stores today. Each player represents some kind of bird enthusiast, looking to discover and bring in the best-suited birds to your different environments. Players can gain food tokens from the birdfeeder tower and lay eggs as they work to build the best habitat. There are over 100 different cards, each featuring a unique bird species—plus a fun fact about what they do in the real world. The player with the most points after four rounds wins.

"What I've seen is that people who know something about board games—so maybe they've played 'Ticket To Ride' or they've played a 'Catan,' one of these new classics, they can easily come in and pick it up," adds Evans.

Evans suggests these games for the adult table, and says they offer a few more elements than other adult games like "Cards Against Humanity."

"The trick with 'Cards Against Humanity' is that it can play out pretty quickly, right? So, how do we do something that is a little smarter than that, while still being silly?" 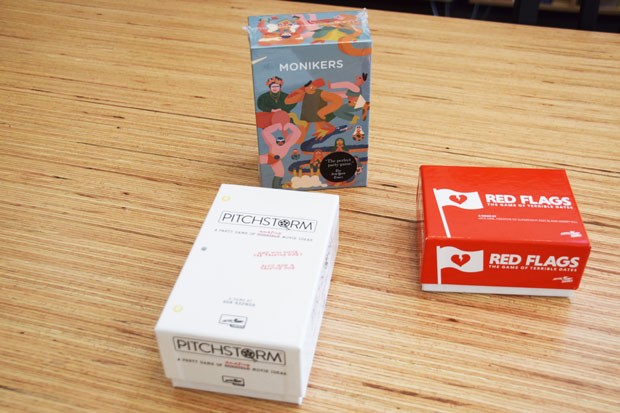 "Monikers" is a great party game where players take turns trying to help their teammates guess famous people (or things relating to those people, like Hitler's brain). Players cycle through three rounds of guessing: In round one, clue givers can say anything except the name on the card. In the second round, clue givers can only say one word to describe their card. Round three? Time for charades. Each card is worth its own set of points.

Two other games, "Pitchstorm" and "Red Flags," offer similar play styles and easy setups. The former is based on continuing great and zany movie ideas, and the latter about spotting those dangerous red flags on a date.