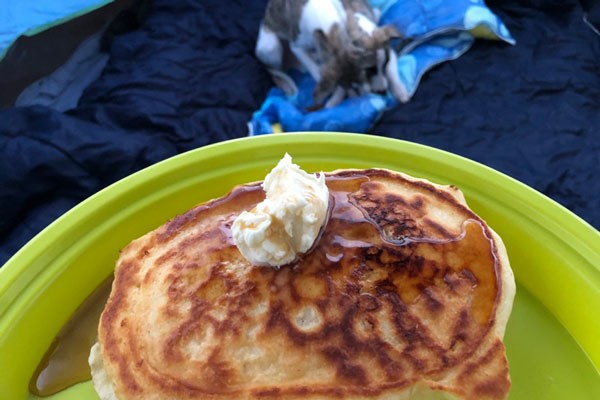 You never know where life will take you. Linda Ly had no idea moving into a cute 1920s bungalow on a quarter acre in the South Bay of Los Angeles in 2010 would turn her into a cookbook author. When Ly arrived there in summer, she said, "It was bursting with tons of fruits and veggies." Ly had never gardened before, so she learned through trial and error. The time she spent with her hands in the dirt was relaxing—so different than her life as a graphic designer and web developer. She shared her gardening adventures with her urban friends, who were so interested in what she was doing that she started a blog, Garden Betty, so they could follow her story. After a few years and winning a Blue Ribbon Blogger Award from Country Living, the blog caught the attention of the folks at Quarto Publishing, who wanted her to write a cookbook. Ly'd been thinking of writing a book for a while.

Inspired by the Garden Betty blog, the book's titled, "The CSA Cookbook: No-Waste Recipes for Cooking Your Way Through a Community Supported Agriculture Box, Farmers' Market or Backyard Bounty." It was published in 2014 when the community-supported agriculture movement was gaining popularity and lots of people were finding themselves with new vegetables they didn't know what to do with.

When it came time for a second book, Ly wanted to write one "about her life outside in the wild, where there are no distractions and the food tastes better," she said. "The New Camp Cookbook: Gourmet Grub for Campers, Road Trippers, and Adventurers," was released in July. Like her first book, this one fills a void in the market. There aren't a lot of camping cookbooks, and "The New Camp Cookbook" is jam-packed with gorgeous full-color photography and modern recipes mixing global flavors and real food. The book is clearly written for people who love outdoor adventures just as much as they enjoy good food and the effort it takes to prepare it.

If you've never cooked while camping, or want some new tips, it's a must read. Ly tells you what equipment to bring, how to stock your pantry and organize your food. tweet this

On a recent camping trip to Suttle Lake, I made Ly's buttermilk pancakes with maple syrup, mascarpone and berries. Like some recipes in the book, I had to do a bit of prep at home. I premade the multipurpose baking mix—a dry mixture of flour, sugar, baking powder, baking soda and salt. At camp I whisked buttermilk, mascarpone, eggs and butter into the dry mixture. After heating a skillet on my propane stove, I buttered the surface and poured in some batter. The pancake started to cook and bubbles broke on the surface. When I flipped the pancake over it fluffed up instantly. I served the pancake with mascarpone sweetened with powdered sugar and a drizzle of real maple syrup. My camping companion and I both agreed, these were some of the best pancakes we've ever had, on or off the trail. That sweet, creamy mascarpone took the humble pancake to the next level.

In addition to recipes for breakfast, lunch, snacks, dinner, drinks and desserts, Ly has included a section on setting up a camp kitchen. If you've never cooked while camping, or want some new tips, it's a must read. Ly tells you what equipment to bring, how to stock your pantry and organize your food. She doesn't stop there; she lets you know how to build a fire, master the grill, cook in foil, cook in a Dutch oven or on a camp stove, and how to do your dishes without running water.

"The New Camp Cookbook" is perfect for life in Central Oregon. The recipes are great for backyard barbecues, adventures in the mountains or along the river.

When Ly was on tour with her first book she took a side trip to Bend with her husband before their first child was born. They both knew they wanted a lifestyle change from Southern California, and after visiting Bend during each season, they decided to make it home in late 2017. Central Oregon is providing new challenges in gardening for Ly, including building a chicken coop and an off-grid solar greenhouse to see what she can grow in the high desert.

Both of Ly's cookbooks are available online. Keep up with her adventures on her blog, Garden Betty.