Get off the Couch and Curl | Outside Features | Bend | The Source Weekly - Bend, Oregon

Get off the Couch and Curl

The closest many people have gotten to the sport of curling is by watching matches during the Winter Olympics on TV, maybe thinking "I think I can do that." With the opening of The Pavilion ice rink in 2016 and the founding of the Bend Curling Club, that distance from couch to ice has narrowed.

"I had never curled before The Pavilion opened," said Jason Burge, president of the Bend Curling Club. "I had watched curling for a very long time, and so when The Pavilion was built a friend was signing her husband up and she said he needed some teammates to join his team, so I said, 'Curling's here? Cool!'"

"Immediately after The Pavilion opened, a few of us recognized the need to form a curling club, and we started with 24 members right off the bat," said Pietrowski. Four or five of those original members became Level 1 certified instructors through USA Curling to instruct and develop curling programs with BPRD. "I'd conservatively say that over the past four to five years we've introduced 500 to 600 people to the sport of curling," said Pietrowski.

Burge likens curling to "chess on ice." Though instructors can teach someone to push off from the "hack" to throw a "stone" within an hour, it takes longer to understand strategy. "Fundamentally, I can teach you how to move the chess pieces and then we can play a game, but it may take a lifetime to master that game," said Burge. 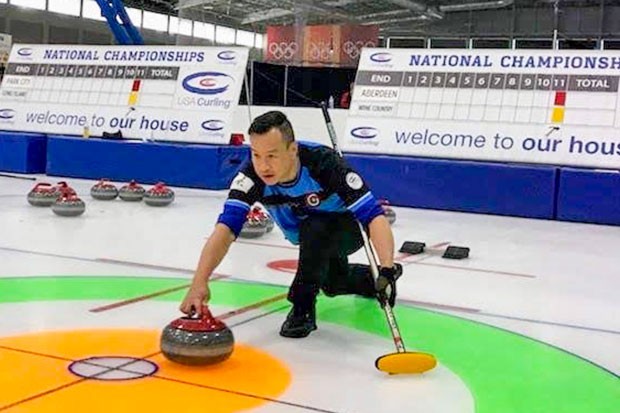 Basically, two teams of four players slide eight heavy granite stones or "rocks" across the ice, known as the curling sheet, toward a circular target at the other end identified as "the house." The house consists of four concentric rings. Stones closest to the center, known as the button, score points. The stones don't necessarily travel in a straight line and may follow a curved path. This movement gives the sport its name: curling. A match consists of eight or 10 "ends," sort of like innings in baseball.

"The Pavilion does a great job of allocating ice time," said Burge. Besides the Sunday curling league with 44 teams, BPRD also offers Learn to Curl sessions on Friday mornings with instructors from the curling club teaching the sport to beginners. For other newbies, BCC's Saturday night Beginner's League mixes advanced curlers with those new to the sport. Following the Beginner's League, the club has ice time for its own league.

"One of the great things about the sport is it's a gentleperson's game," said Burges. "You celebrate the success of the other team just as much as you do your teammates." Curling is also an adaptive sport, with players unable to bend down using a long-handled pole to push the stone from the hack toward the house. 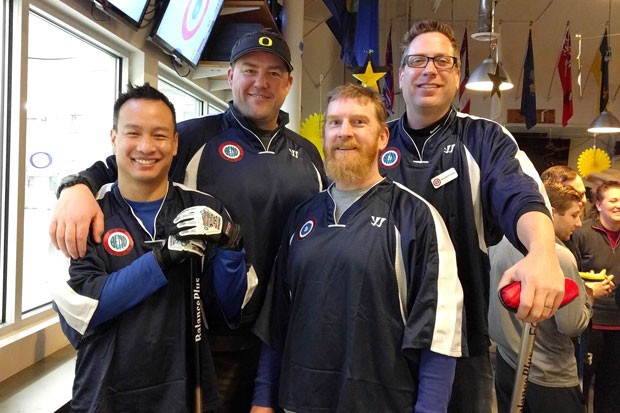 Burges said the current club has about 55 to 60 members, not counting the beginner group. As interest in curling grows, BCC is investigating having its own dedicated curling facility. "You have to build membership first because that is what is going to support having our own ice over time," said Pietrowski. That growth is built one stone at a time.