Get the Lead Out! | The Source Weekly - Bend, Oregon

Get the Lead Out!

A case for banning lead ammunition

Back in 1951, I rolled into Bend on my grand old 1947 Harley, and within a year I was into the eagle conservation business. It was then I discovered what was previously unknown to me: the U.S. Government's role in killing wildlife. 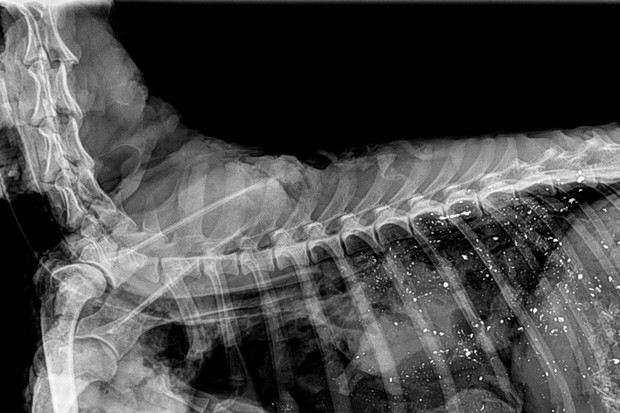 Government trappers from the U.S. Fish and Wildlife's Division of Predator and Rodent Control, (an oxymoron if there ever was one) were placing horsemeat bait stations, laced with 1080 poison, all over the high desert in an effort to kill coyotes, at the behest of the woolgrowers and cattlemen.

That 1080 (sodium fluoroacetate) was (and still is) bad stuff. There's no antidote for it and it's now banned from use in the U.S.—but for sale to any other nation who wants to use it. It not only kills coyotes, but also mice, packrats, songbirds, woodpeckers, owls, hawks, eagles, badgers, weasels and everything else that eats it.

The dead eagles, songbirds, woodpeckers and non-target mammals really bothered me—so much so, that I wrote a letter to the head of the USFWL. I can still remember his response: "Dear Mr. Anderson, Thank you for your concern about eagles. They are shot as nuisance in Alaska."

That's the way it was in 1952, even though there was a federal law on the books banning the shooting of bald eagles. (The Bald Eagle Protection Act of 1940, which now includes the protection of golden eagles.)

That set me to destroying bait stations, especially when I found out trappers had placed excessive poison sites in the field. One day a trapper caught me peeing on his bait stations. He told his supervisor in Portland what I was up to, who sicced the FBI on me for "destroying government property."

The coyote in the x-ray seen on this page is not a fake. It’s typical of what shooters leave behind for scavengers to eat. tweet this

While the government trappers were doing their best to poison, trap and shoot every coyote in the country, woolgrowers were blasting eagle nests off cliffs with dynamite. All this killing would, in my way of thinking, have a very serious negative impact on bird and mammal populations, especially golden eagles.

I complained to Oregon State University and the Oregon Game Commission—then the equivalent to today's Oregon Department of Fish and Wildlife—and anyone else who would listen. I guess something worked. The old PARC outfit was changed to the present day's "Wildlife Services," operated by the U.S. Department of Agriculture. The modified Bald and Golden Eagle Protection Act was passed, and now both bald and golden eagles are only being shot by the people who just have to kill something. But in the '60s it was too late for the bald eagles killed in Alaska and other parts of the U.S. and Canada. The shooters had all but finished them off.

Then, some forward-thinking politicians got busy in the '70s and began an effort to save our American eagle. Among the scientists hired to take on the project was Frank Isaacs, a bright grad from the University of Michigan who went to work in the Wildlife Unit of OSU for the plight of the bald eagle. 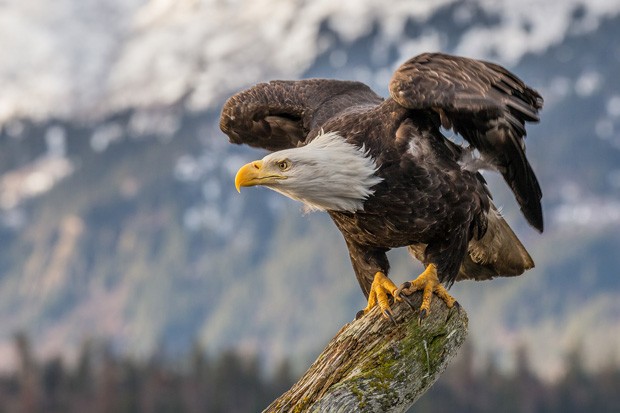 The bald eagles you see flying and nesting around Oregon today are the handiwork of Isaacs and his team. Today, my wife, Sue, and I have the distinct honor and pleasure of working with Isaacs, who's conducting a USFWL statewide survey on the welfare of our native golden eagle, Aquila chrysaetos. From Latin aquila, ("eagle") + Ancient Greek χρυσετος (chrysaetos, "golden")

Sue and I began working on our portion of the statewide survey 11 years ago, checking a list of historic GOEA nests (GOEA is the acronym for Golden Eagles) in the area between Bend and Burns, and down to Lakeview.

In our pursuit of these historic locations we also looked at and placed several nests on Frank's master map, where I banded baby GOEA eaglets from the time I received my U.S. Master Bander permit in 1962. Over time he's added nests he's discovered, nests we've spotted and others given to us by the Bureau of Land Management, USFS and the state. We now have a total of 150 breeding areas we check every season, and Frank has a total of 150 he and volunteers are keeping an eye on, statewide.

Unfortunately, shooters are still taking a heavy toll on eagles and other raptors. Yes, some by shooting them, but also because of lead-based ammunition they use. The coyote in the X-ray seen on this page is not a fake. It's typical of what shooters leave behind for scavengers to eat: carrion laced with lead shot.

If an eagle suffering from ingested lead can be saved—and all too often they die—wildlife rehab facilities can spend up to a year eliminating lead from the victim's blood and body. Unfortunately, lead contamination in raptors is also a limiting factor to the recovery of the California condor in the U.S., and why California is banning lead ammunition. Why not? Lead was banned in waterfowl hunting over 25 years ago.