Get Your Gravel On | Outside Features | Bend | The Source Weekly - Bend, Oregon

Get Your Gravel On

Winter, spring, summer or fall, cycling on pavement is not your only option 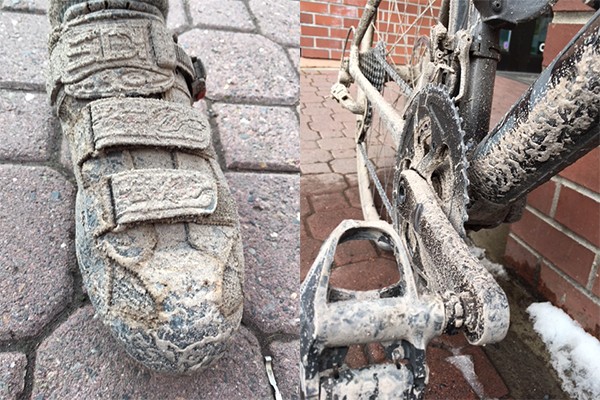 Central Oregon is a prime destination for cyclists, with recreational and professional spinners alike coveting the diversity and accessibility of the road and trail networks. Mountain bikes get the most attention—and for good reason. Over 300 miles of single track await those who like the dirt. Plenty of road riders seek the roadways as well, and with a string of volcanos dotting the western horizon, it's no wonder.

Still, there's is a new player in the pedaling game. Enter gravel bikes.

Blending the off-road nature of MTB and the efficiency of road, gravel bikes are similar in nature to cyclocross—but don't think for a red cinder minute that riding bikes on the gravel is as new as the Volumetrics diet. Since the early 19th century, riders have hit the dirt, double track and pavement with pedal power. Modern-day gravel riding began to take off decades ago as an alternative and complement to pounding the pavement, and as an option in fall/winter to maintain off-season form for competitors.

Zoe Roy, a local fitness fanatic, sums up why she loves gravel. "It's both the route finding and destinations that attract me. Piecing a route together is a major part of why I love it. And the adventure. And the camaraderie."

Gravel, Open Road, Adventure or Light Touring—to some these variations might look like an industry smokescreen, a way to boost dwindling sales by rebranding road and cyclocross bikes. Indeed, the generally slow-to-adapt cycling industry has jumped on the bandwagon. A January article in Bicycle Retailer and Industry News states that although bike sales fell nationally over the previous year, the gravel category showed steady growth, only outmatched by e-Bikes and indoor trainers.

Gravel advocates, including Alex Gardner, owner of Modus Sports group say, "Gravel is a movement, not a bike. The bikes are similar to a CX bike, but have more utility. Wider tire clearance and a lower bottom bracket, combined with more comfortable frame geometry, give better performance over varied terrain than other drop bar bikes. Borrowing from the mountain bike side, the addition of disk brakes, 1x drivetrains and tubeless tires makes for greater mechanical efficiency. But you can use any bike for the experience. The movement is new, it's approachable, it's fun and the coolest bikes are yet to come," he says.

Also lending to the growth is safety.

"Getting off the tarmac lends itself to a safer experience," says Matt Lieto, Bend resident and professional athlete. "I've had more than the lion's share of close calls over the years, and getting off main roads was as much a life preservation choice than anything. More drivers with more distractions is the trend, so riding on the gravel changes the risk factor statistically. Gravel takes you to more remote roads which again is a safer option then expecting that every driver that passes me is going to do so safely. You simply can't ignore the statistical probability."

Lieto adds, "There's nothing extreme about riding on gravel, but you need basic skills like mapping a route and changing a flat. Gravel rides give you a sense of solitude that is difficult to find on the pavement, but if you haven't done your research you could end up walking for hours, because you are lost or have a broken bike," he adds.

Event developers, including Chad Sperry of Breakaway Promotions, are also keen on the change. "As a promoter, I had always wanted to incorporate gravel into our road races. We first introduced gravel at the Cherry Blossom Stage Race in 2009. No one else I knew of was doing this sort of thing. People loved it, so we began introducing more of it to our races. In 2012 we launched the Gorge Roubaix, modeled after the spring classics races in Europe like the Paris-Roubaix and De Ronde, mixing sections of gravel along with sections of pavement."

Recent trends have helped, Sperry says. "In the last two-three years we have seen the market transition again. Traditional road racing is declining and riders want more gravel in their rides. We changed the name to Gorge Gravel Grinder, as more riders want an experience more than a race. We now offer long rides that are fully supported and have between 70 to 90 percent gravel on them. It is more about finishing a hard ride, enjoying a beer and great lunch, than banging handle bars and sprinting to the finish. We still do chip timing so riders can see how they stack up, but it is more about the adventure than competitive racing."

Whether cruising the paved paths of Sunriver or grinding gravel from Bend to Sisters, the benefits of riding are plenty. 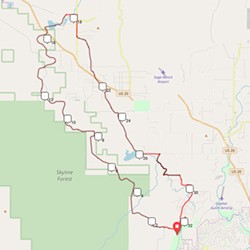 "I can ride Phil's Trail any time, but figuring out a new route to Sisters, having lunch with friends, then riding home makes for a great day," says Roy. "OK, sometimes I call a friend for a shuttle ride home, but hey, it's supposed to be fun, right?"