Get Your Mushroom Permit 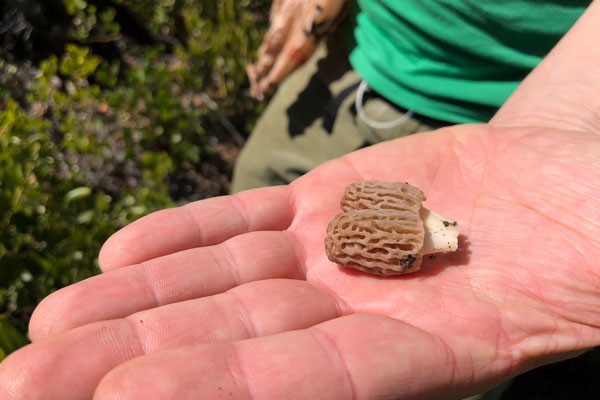 All the fires from last season mean the mushrooms are popping now. Before you head out to hunt, get a permit. It's free and you can collect up to 2 gallons per person, per day. Any mushrooms you pick should be cut in half lengthwise at time of harvest. You aren't allowed to sell your mushrooms unless you purchase a commercial permit for $20. When you're out, don't disturb the surrounding vegetation and leave some fruiting bodies to produce spores for next year. You also don't want to remove or scrape away the duff layer—the dead plant material that's fallen to the ground—and no raking is allowed. It's important to know the rules before you go, helping conserve resources for future years. For more information visit fs.usda.gov.

Citizen Bar & Kitchen is now open for dinner seven days a week in the former High Tides Seafood Grill location in downtown Bend. The restaurant was started by Bowtie Catering owners, Sanda Costello and Gene Soto. Costello said, "I just became an American citizen three weeks ago—hence the name." If you enjoyed the food at French Market when it first opened, you'll be stoked to know Luke Mason is the executive chef. Expect thoughtfully prepared plates that are almost 100 percent locally sourced.