Getting Back on the Bike | Sound Stories & Interviews | Bend | The Source Weekly - Bend, Oregon

Getting Back on the Bike

Brent Cowles is a modern mix of soul that sticks. To me, he's like a quality peanut butter: His unique tone can get down to the gravel – that's the chunky, if you will. Then you don't expect it, but Cowles is able to hit these sweet falsetto notes that are yes, I'm going there – creamy. 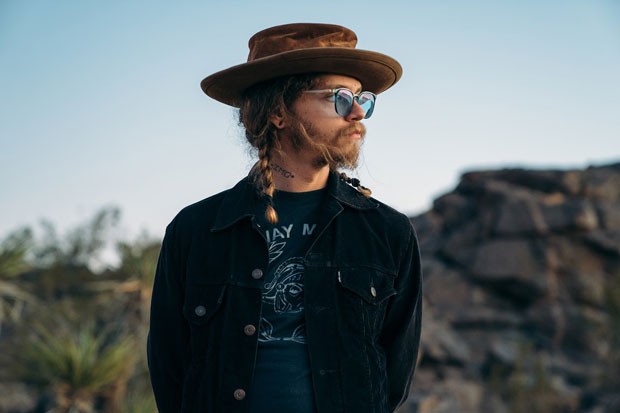 After a tenure with band You Me & Apollo—which Cowles was in since a teenager, the band had to go its separate ways. Following that, the Denver-based artist reconnected himself with music before releasing his debut album last October. "How to Be Okay Alone," will hit the year mark in June.

"I'm probably more proud of that album than I am of anything else I've ever done," reflects Cowles. "I thought I was going to make a list one day of bullet points on how to be OK alone. I put a title at the top of the page and never really did anything after that and it became this blank sheet of paper. Later I was flipping back through my notebook and realized it was pretty significant."

Seeing those words atop the page really made Cowles think, and fueled his writing process. Two weeks before he was set to record, Cowles broke his hand in a bike wreck as he flew over his handlebars (I didn't know this going into the interview, but here we are – a bike accident story in our bike issue). Cowles remembers the shock of the accident and the moment he got the cast off, because the eventual title-track of the album poured out of him in like 15 minutes after he started writing and playing again. It also changed the entire recording process, something Cowles says he wouldn't change.

"The last two records – "How to Be Okay Alone" and the "Cold Times" EP – are significant to me because it's coming back from that grieving time of You Me & Apollo breaking up, and now I feel like I'm whole again," says Cowles. "It was significant for me to kind of just get back in the game. So, I'm grateful for the team that I'm surrounded by and the people that are believing in this. It takes a lot more than just somebody writing the tunes for this to be a thing."

Moving on to new projects wasn't something he planned, but Cowles is definitely hitting his stride. In 2018 NPR placed him on their Slingshot list, which features the artists and groups coming up that are worth watching. Some names mentioned with Cowles include Tierra Whack, Cautious Clay, Tash Sultana and more. That's some really good company to be in, as all of those artists are making big statements in their respected scenes. The aftermath of You Me and Apollo's breakup was tough on Cowles at first, but his love for music has helped him grow miles since.

"It's almost like a marriage. And then you have that first heartbreak where the band doesn't work out. A few months later it hit me and I was like 'This is in my blood. I don't have a choice in this. I don't want a plan B. I'm gonna live in my Tahoe for six months and make music,'" says Cowles of the aftermath. "I eliminated all of my overhead and adapted to my lifestyle. I learned a lot from being in You Me & Apollo and I wouldn't trade those years for anything. It's good to just have this new perspective and be excited about music. And that's where I want to stay."