Getting Educators Vaccinated Early is a Path to a Speedier Recovery | Editorial | Bend | The Source Weekly - Bend, Oregon

Getting Educators Vaccinated Early is a Path to a Speedier Recovery

Earlier this month, as news of two prospective COVID-19 vaccines began to go from a possibility to a reality, an interactive module offered by The New York Times, "Find Your Place in the Vaccine Line," allowed people to get a sense of where they would stand in the line to get vaccinated against the virus, when vaccines became available.

A teacher in Oregon plugged her information into the module, which asks people about their age, profession and where they live and COVID health risk. The module shared that she was behind 1.7 million others in Oregon to receive the vaccine. Her ex-husband, meanwhile, designs fire sprinkler systems. When he plugged his information in, it revealed that he was behind 1.6 million others—essentially ahead of the teacher by 100,000 people. Neither have health risks. Both were behind health care workers, nursing home residents, first responders, those with health risks, and "other elderly," with teachers falling behind "other essential workers." 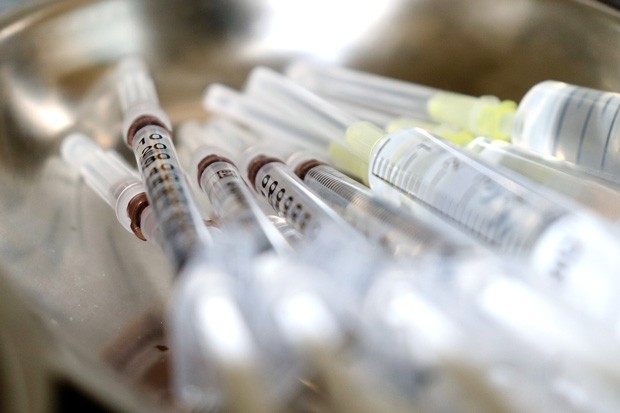 While the module is only an estimate for a vaccine rollout that is going to require massive coordination and education on a global scale, it's troubling to hear that a teacher who continues to see students lose interest and struggle academically and mentally due to distance learning is ostensibly prioritized below a person whose job lends itself to independent work via computer. The devil is in the details, as they say—and right now, the details are few about who gets the vaccine after health care workers and nursing homes.

According to the Oregon Health Authority Dec. 14, "Priority groups in Phase 2 will be determined at a later time."

Earlier this month, a diverse group of elected officials in Bend sent a letter to Gov. Kate Brown, urging her to reopen schools in January, and to consider the negative impacts that an entire year of distance learning is having on local kids. Our community has varied opinions on whether to get kids back into school buildings, based on their varying levels of concern about the virus' spread and its potential for harm against the negative ripple effects to the rest of the community. However; much of that conversation was framed during a time when vaccinations—now beginning to be distributed in Oregon and the rest of the United States—were not yet a reality. It is wise to first prioritize health care and nursing home workers who are exposed most frequently to the virus, and to then vaccinate the people whose lives are most in jeopardy should they contract it. But after that, there lies a gray zone where state leaders have the opportunity to weigh the broad impacts of the virus—the economic ones, the educational ones and the health-risk ones, all—to determine who goes after that.

The sooner we can vaccinate teachers and school workers, the better for a broad swath of society—and not just those interacting with schools.

We cannot say it any better than The Wall Street Journal, which weighed in Nov. 19:

"Many states have made reopening nonessential businesses such as retail shops, bars and restaurants, malls and entertainment venues a priority. But without open schools, many parents can't go to work. Some 12% of U.S. households have school-age children with no in-home caretaker options. The demands of at-home lessons are already rippling through the workforce; labor-force participation rates have fallen significantly for women with children at home. Vaccinating teachers could make it possible to open schools permanently and get these parents back to work. That would help the economy recover. Thinking long-term, education is the foundation of future economic growth." As WSJ further pointed out, the National Academies of Sciences, Engineering and Medicine recommended a four-phase rollout of the vaccines, with high-risk health care workers and first responders first, and K-12 teachers second. While the CDC has already added nursing home workers and residents to its first recommended cohort, we agree that educators should come second.

Back when the vaccine was less of a reality and more of a broad hope to hold onto, prioritizing economic prosperity was, for many people, less of a consideration than protecting people's health. We are in a new era now, and with the advent of not one but very likely two vaccines this month, it's time to take a broader view of how we recover economically, academically, socially and otherwise. Getting teachers vaccinated before other workers who are able to wait a bit longer and to continue their essential work from home makes sense.