The new exhibit "highlights the historical significance of running in Native cultures in the Western United States and the ways that some Native people today are drawing on running as a means of empowerment, sovereignty and cultural revitalization," a museum news release said. "Running is a staple of Indigenous culture and traditions, and the exhibit features stories of contemporary runners following in the paths of their Elders," the release added. 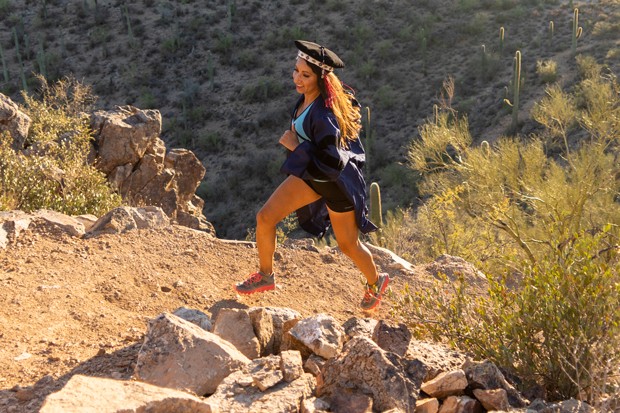 The display will feature Indigenous runners, their stories and a large-scale photograph of each running in the landscape. Jordan Marie Brings Three White Horses Daniel is one runner presented in the exhibit. Daniel brought awareness of missing and murdered Indigenous women to the Boston Marathon in 2019 and continues to enlighten people on the situation via the "Carrying Messages" exhibit. Avid runner and Ph.D. holder Lydia Jennings' story is also part of the exhibit, focusing on noting the value of knowledge associated with Indigenous lands and the ecology and cultural significance of these locations.

This showcasing is perfectly timed with National Native American Heritage Month that happens every November. The exhibit will be accessible on Nov. 20 through April 3, 2022.