"As being someone who has been on the narcotics team for over four years, I think this is a progressive way to look at this problem," says Lt. Clint Burleigh of Bend Police. Burleigh and his colleagues recently returned from a national conference, where they learned of other jurisdictions implementing similar programs. "It's also a response to the reclassification at the legislature of these type of drugs," Burleigh says, referring to the recent change in state laws reclassifying six schedule A drugs. "Having seen the vicious cycle of narcotics, I think this is a good step and we're supporting the DA in this program."

"As being someone who has been on the narcotics team for over four years, I think this is a progressive way to look at this problem,." — Lt. Clint Burleigh tweet this 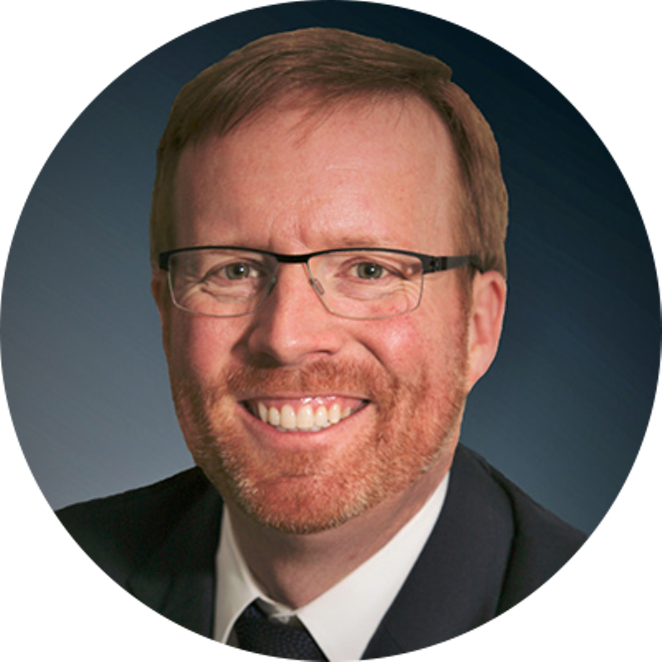 t the beginning of his term, John Hummel aimed high. Relatively new as District Attorney, he was searching for strategies to help prevent crime in Deschutes County. "I didn't want to be a traditional DA, who sits back and lets crime occur," Hummel says. A 31-strong community advisory board of law enforcement, drug and alcohol prevention professionals, education and public safety experts suggested increasing high school education rates, reducing poverty and essentially gave all the "big picture ideas," he said in a Nov 1. Drug Prevention presentation to the Bend City Council. "But, we can't realistically move the needle on those issues," he said, "so what can we work on to see a tangible result?"

"The hope is to get people quick, entire medical treatment and aid them instead of punishing them." — John Hummel tweet this

Hummel says his team narrowed its scope, gathered data across numerous enforcement agencies and started to look deeper into what the common denominators were with criminal activity in Central Oregon. The group found that people using drugs were using theft to subsidize their habit, with the rate of offenders being charged for both crime types at a whopping 34 percent. That huge correlation tied recidivism rates— the act of being charged with the same crime over and over again— between those that were charged with drug offenses and those charged with theft crimes.

"Thirty-four percent of those convicted in Deschutes County with drug offenses were convicted with theft offenses," Hummel told the council, "with some having an astounding nine-time recidivism rate.

s reported in the Source's July. 18 story, "Dope Times," new Oregon state laws changed the classification of "user quantities" of six schedule A type drugs, in an effort to tackle the opioid epidemic and offer treatment rather than immediate incarceration. Though Hummel says this project is not in response to these new laws, since the project has been being in development for more than two and a half years, he says that from now on, if someone is found in possession of a controlled substance, police officers are asked to use their discretion and issue citations instead of making arrests, "provided the suspect doesn't have an active warrant, isn't violent, isn't under the influence of drugs and could be seen as in any imminent danger."

The offender then has a chance to go to an orientation meeting where Hummel, a defense attorney and a drug and alcohol assessment counselor assess whether the offender is a candidate for a drug or alcohol treatment program. If qualified, they will go "immediately to Mosaic Medical or La Pine Community Center," Hummel says. If they show up for their first appointment, the District Attorney will cancel the arrestee's impending court date. If they stay clean and don't reoffend within the year, the "case will be gone," says Hummel, but if they reoffend, then he will "revive the case."

"The hope is to get people quick, entire medical treatment and aid them instead of punishing them," said Hummel. He notes that the rehabilitation aspect is different than traditional methods because it "gives complete medical care."

"If you're dealing drugs... we're going to seek the maximum penalty...I will refer all cases to federal prosecution and the United States Attorney to be prosecuted federally." — District Attorney John Hummel tweet this

The apparent leniency for drug offenses is meant to address the growing amount of drug abuse within the county. Those who have already gone through the system will, as Hummel puts it, be moved or start in "Step Two... which means you might need the stick, instead of the carrot." These offenders will face traditional prosecution, jail, probation and so on.

On the flip side, the exact opposite of leniency—in the form of stricter penalties— will happen for those accused of trafficking and distributing drugs.

"If you're dealing drugs... we're going to seek the maximum penalty," says Hummel. "I will refer all cases to federal prosecution and the United States Attorney to be prosecuted federally." Hummel says this is meant to be in line with U.S. Attorney General Jeff Sessions' tougher stance on federal drug crimes, since federal drug abuse sentences often end up with longer prison terms. Hummel says he's spoken with the U.S. Attorney's office and that they are interested in taking on more cases, though, they aren't committed to taking all cases. "If they don't take the case," says Hummel, "then we will prosecute locally with stiffer sentencing."

And as Bend Mayor Casey Roats inquired at last week's meeting, "It's probably cheaper to do this, than incarcerate?"

Hummel agreed, though said that public safety was the ultimate goal. He did concede, however, that, "Yes, it is going to save us money."

Hummel hopes to see a 30 percent reduction in offenses and recidivism through the new approach. And if it doesn't work? "We're not going back to the status quo," says Hummel. "We'll keep inventing new ideas to deal with this growing problem."

More info on the Goldlilocks program in Deschutes county:

Freelancer at the Source Weekly
Read More about Magdalena Bokowa