An online celebration of life for Blaine Davis, who died while kayaking last month

From the 100+ posts on the remembrance page for local kayaker Blaine Davis, it's clear that he was a beloved member of the outdoors and wider Central Oregon community. The page, Blaine Davis Remembrance, includes hundreds of photos and comments and notes from the many lives and communities he touched as far away as New Zealand.

Twenty-year-old Davis of Sunriver died during a kayaking accident on Nov. 15—only four days after returning from a year traveling in New Zealand. A 911 call from his friends reported that he got trapped under water while whitewater kayaking in Canyon Creek near Vancouver, Washington, KATU news reported. He's survived by mother Joan, father Mark and brother Walker, who remember him as a talented athlete, musician, philosopher and mentor. 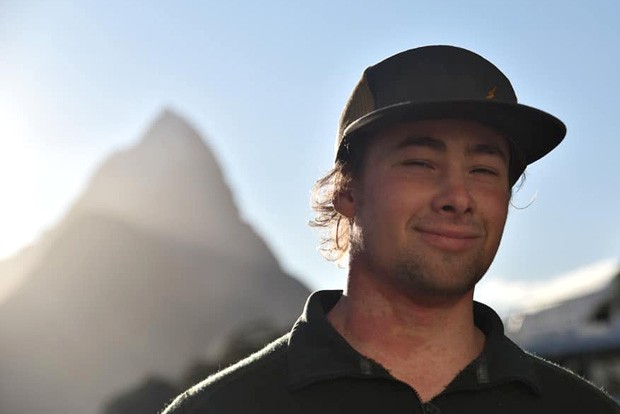 Gavin Biancucci, a fellow hometown kayaker, wrote on the remembrance page, "Words can't really describe this kid, he touched each of our lives in such positive ways. I really am gonna miss him... He was one of the people that would push me to do my best on and off the water. He is a great, great friend. Love you Blaine."

Hailing from a family tradition of whitewater, Davis grew up rafting from a young age. At 10 years old he began kayaking and enjoyed yearly trips to sun-drenched Kelly's Whitewater Park in Idaho with his family. Brother Walker Davis told the Source Weekly that Blaine Davis honed his play boat skills on these trips, so that he could roll his kayak back up after a capsize anywhere, on any water.

Other adventurous family experiences at a young age, such as cruising British Columbia on a sailboat, winter RV ski vacations and backpacking trips, likely poised him for ease in the outdoors and athletic success.

Although Davis had a clear penchant for skiing and kayaking, his first love was gymnastics. He began competing at six years old; by 18 he had qualified for Nationals four times, placing 10th in the Junior Olympic National Championship finals during his last year of eligibility.

"We used to call him the Energizer Bunny," said his dad, Mark Davis, recounting all the school yards, hallways and football games his son would hot lap with cartwheels, round-offs, back flips and back handsprings.

“Sitting and watching Blaine play was paradise.”—Mark Davis tweet this

Gail Landis Ngo remembers Blaine's natural leadership in the gymnastics community. "Though Blaine was several [skill] levels above my son, he always had kind words of encouragement for all the boys on the team. Through the years he really took a leadership role on the gymnastics team... Blaine single-handedly stood up for the younger boys and the team as whole...  All the boys looked up to him; he was a true leader, friend and inspiration... He will be missed; he had such an insatiable spirit."

Mother Joan Davis told the Source that gymnastics was Blaine's tool for crossing over and excelling in everything from kayaking to skiing and climbing, to life. All this, despite significant life-long health struggles revolving around the atopic triad of allergies, eczema and asthma.

In school, Davis discovered his music talents while attending Bend's Highland Magnet School and REALMS middle school. His father remembers Davis picking away at a guitar while Mom Joan accompanied with a banjo on the back porch.

A traveler, searcher and seeker, Joan Davis said Blaine Davis, "Sought to understand life and live it to the fullest. He was empathetic, genuine and possessed excellent emotional intelligence. He was very humble about his gymnastics and other accomplishments. When he competed, he didn't care about winning, he just wanted to do his best and glean as many life lessons as he could." Davis' mother said she feels gymnastics gave him a foundation in all other sports and taught him how to "conquer his inner fears."

"Even complete strangers like waitresses in restaurants would call him an old soul. He had a sparkle. He was a peacemaker. He was an amazing person that way," Mark Davis recalls.

While in New Zealand, Davis discovered an interest in pursuing a helicopter pilot license. The year prior, he dedicated himself to learning the art of organic farming. All who knew Blaine Davis—a massive network of kayakers, gymnasts, New Zealanders and Bend locals, insist his friendship and community contributions were far beyond his years. Many continue to feel his presence and look to him as a daily inspiration.