March 18, 2019
1 comment
Devastating fires and pervasive smoke are becoming something of a norm during Oregon summers. To address the issue, Gov. Kate Brown has formed a new statewide wildfire council.

Today, Brown announced the formation of the Oregon Wildfire Response Council, tasked with reviewing Oregon's model for wildfire preparedness, prevention and response. The group met for the first time in Portland today. The council will oversee the state's current models, making judgements on whether the systems in place are going to be adequate in addressing increasing numbers of wildfires, along with changes happening in the climate. 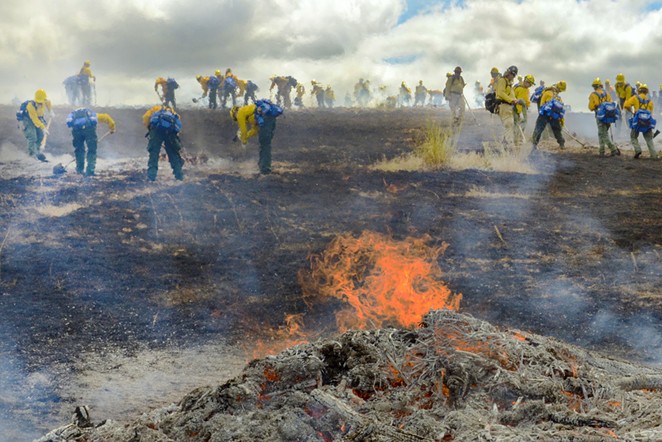 "Every fire season since I first became governor has been a historic fire season, and each season, we've seen unprecedented damage to our homes, livelihoods, and Oregon's natural environment," said Brown in a news release. "We need to be prepared and proactive to get ahead of this threat, which is why I have convened this council on wildfire response. We need to make sure we are doing everything we can, employing best practices, and investing in new tools, technology and people power."

The first meeting was dedicated to identifying threats and setting goals, with input from various federal partners, including Chief of the U.S. Forest Service, Vicki Christiansen, and Under Secretary for Natural Resources and Environment, Jim Hubbard.

The Council has three different subcommittees focused on mitigation, suppression and recovery. The council and its subcommittees will present its recommendations to upgrade the current systems to Brown by September 30, 2019.