March 05, 2018
comment
While not directly addressing the issue of gun violence in schools, students and gun safety advocates were among those on hand at the Oregon State Capitol in Salem today to witness Gov. Kate Brown signing HB 4145, Oregon's "boyfriend loophole" bill, into law. 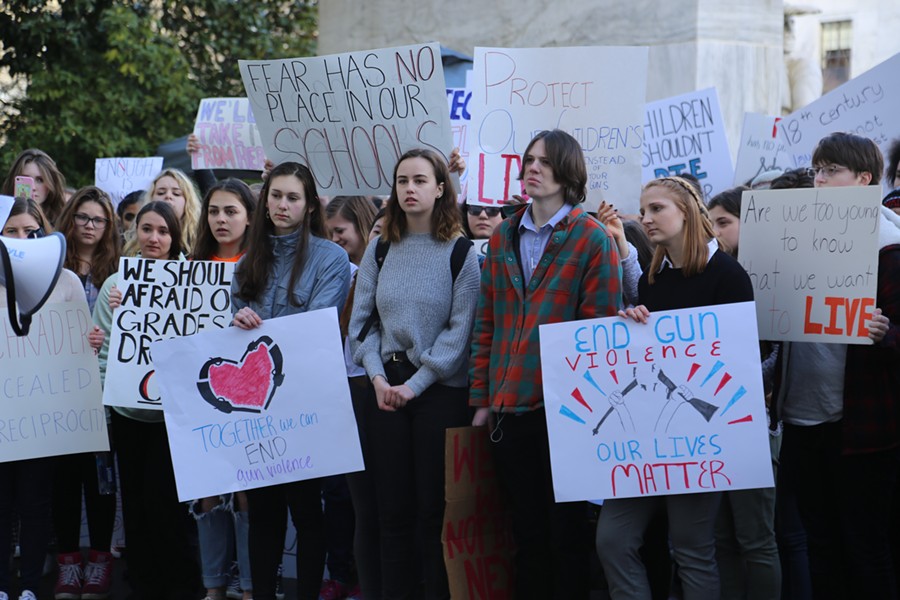 Around 300 students attended the event today, according to a release from the governor's office.


"I'm proud to sign this bill, making Oregon the first state to take action to prevent senseless gun violence since the tragedy in Parkland, Florida," Brown said. "Today marks an important milestone, but we know we have more to do. It's long past time we hold the White House and Congress accountable. Now's the time to enact real change and federal gun safety legislation."


March 14 has been designated nationally as National School Walkout day, during which students will leave class for 17 minutes to protest "Congress’ inaction to do more than tweet thoughts and prayers in response to the gun violence plaguing our schools and neighborhoods."