Bend-La Pine Schools' on-time graduation rate is the highest ever; rates for students of color jump up

Students in Bend-La Pine Schools graduated on time, percentage-wise, at a higher rate during the 2016-2017 school year than any other year on record—with 82 percent of high school students graduating on time.

According to a report from the Oregon Department of Education, all the high schools in the district saw increases in graduation rates. The district's graduation rate was over 3 percentage points higher than the state average of 78.7 percent, but still below the national average of 84 percent. 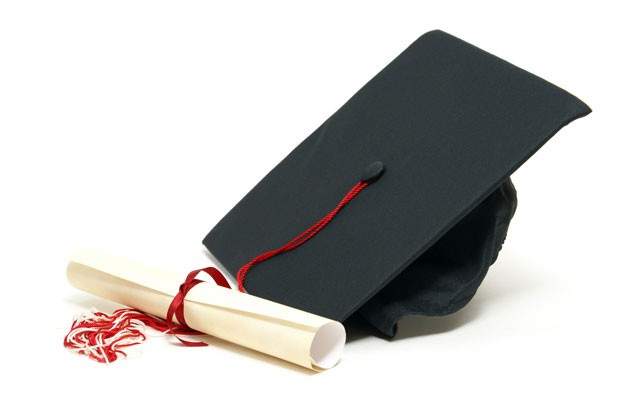 "Today I want to recognize our many dedicated staff members and their commitment to building positive relationships with students because it is those connections that make all the difference," Shay Mikalson, Bend-La Pine Schools superintendent said in a press release. "Their commitment to knowing every student by name, strength and need has helped us reach this milestone accomplishment. While we are celebrating today, we also will not be satisfied until all of our students graduate ready for the future that they choose."

Part of Gov. Kate Brown's recent re-election platform was getting the high school graduation rate to 85 percent by the end of her final term. Oregon's state ranking has hovered somewhere near the bottom five in the nation for nearly a decade.

In a release by ODE, data shows Oregon made a 2-percentage point increase in on-time graduation rates in the last year, increasing by 6.7 percentage points over the prior four years.

"It's important to remember that we are talking about students, not statistics," Colt Gill, ODE director said in the release. "In this case, a two-point increase in graduation means an additional 950 students getting their diplomas within four years of starting high school. Under the leadership of Gov. Kate Brown, we have enacted equity-focused supports that have helped students of color, students navigating poverty and tribal students graduate at a higher rate than before."

Increases for students of color

Gov. Brown is proposing a $2 billion investment in education that would dedicate $794 million to reduce class sizes in early grades and lengthen the school year, according to ODE. The governor's proposal includes $133 million to fully fund the High School Success (Measure 98) program, $7.7 million for Native American student programs and a $6 million increase for the African American/Black Student Success program.

"How our state provides for the needs of our children is a marker of who we are as a community," Brown said in the ODE release. "Every student in Oregon deserves an education that sets them up for success and helps them graduate from high school with a plan for the future."