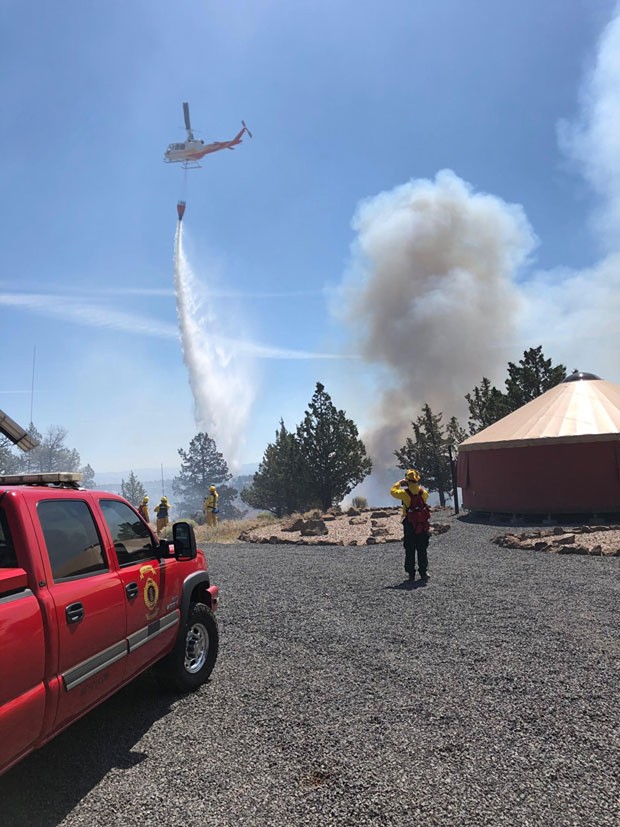 The Graham Fire, first reported June 21 near the town of Culver, burned nearly 2,200 acres and was 85 percent contained as of June 26, according to the Central Oregon Fire Information. The blaze burned two houses and five outbuildings in the Three Rivers Subdivision near Lake Billy Chinook, according to KTVZ.

It could have been worse though, officials say.

"Given the intensity of the fire and the strong winds driving it east, the fire had potential to leave dozens of families without a home today," Lake Chinook Fire Chief Don Colfels said in a release June 24.