Just how many wins will Olivia Rodrigo take home? We look at some nominees for the 64th Annual Grammy Awards

The Oscars just happened this past weekend, with "CODA" taking home Best Picture, "Dune" hauling in six other awards, Jessica Chastain winning Best Actress and Will Smith with Best Actor. But the fun isn't over for pop culture fans just yet as this weekend we're about to be treated once more with the Grammy Awards! After a delay due to the COVID-19 Omicron variant the show will be held on April 3 from 5-8:30pm PST on CBS. So get ready for your Twitter timelines to explode yet again—although, I'm not sure things will pop off quite like they did with the Oscars.

Music's biggest night is back, so as is tradition, I'll be checking out a few categories to see what should win, and what will most likely win on the biggest stage. Here we go.

Should Win: Honestly kind of a tough, yet confusing category with what is considered a "new artist." But for those where that title feels right, there are clear standouts. Baby Keem put out one of the best hip-hop albums of last year, Arlo Parks shined insanely bright for R&B, all while Olivia Rodrigo became a new pop juggernaut. One of these three should take the crown.

Will Win: If Olivia Rodrigo doesn't win this I would be incredibly shocked. She's on a different level of stardom right now compared to everyone in this category. 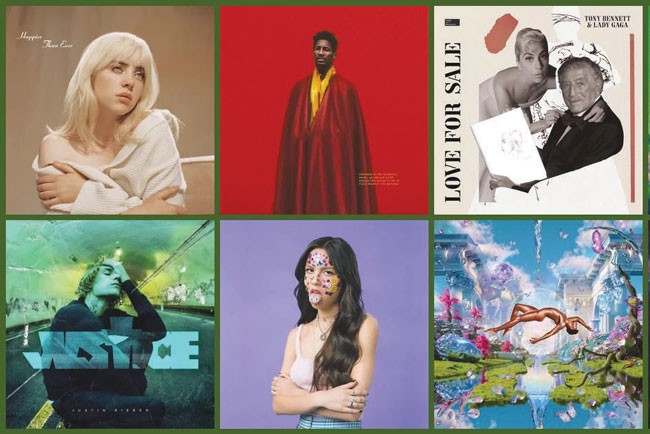 Should Win: Japanese Breakfast needs this win. There's a chance it will happen, but I don't have a lot of faith. I would also accept an Arlo Parks victory for her stunning album "Collapsed In Sunshine."

Should Win: Tyler, The Creator brought back DJ Drama and the Gangsta Grillz Mixtape vibe in such an incredible and innovative manner. He truly deserves it.

Will Win: Drake or Nas.

Should Win: Justin Bieber's "Peaches" is honestly a bop. It's catchy, fun and feels like summer. His flip on the track during his Tiny Desk performance might even be better. Doja Cat's "Kiss Me More" is another one of these crazy-infectious songs that went nuclear on the radio and Tik Tok. Having SZA featured on the track was a brilliant move. Then of course, "driver's license," which got so big SNL even tackled it with a skit. It's not even Rodrigo's best song, but that thing blew up.

Will Win: Probably Rodrigo with "drivers license." The only thing that I think comes close to maybe stopping it is Doja Cat's "Kiss Me More."

Should Win: This is a category that always underwhelms for me because it always feels like the real standouts get left behind. However, some albums here are really strong. It ultimately comes down to three for me: Doja Cat (who recently said she was going to quit music and then apologized) released a really fun album that pushes pop to exciting places; Billie Eilish who continues to improve and grow with each release, seemingly becoming a mainstay at the top of the music pantheon; and then Olivia Rodrigo's "Sour." She put out a great debut album and looks to stick around just as Eilish has.

Will Win: Again, Olivia Rodrigo might have this thing locked up.

There are plenty more categories that will be dishing out wins, and you can find them all online. But the big story here is we might be seeing history again with Oliva Rodrigo. She has seven total nominations this year, and we could see the young star sweep all of those or the big four (best album, best new artist, song of the year, record of the year) just as Billie Eilish accomplished the latter at the 62nd annual Grammy Awards. Eilish has seven total wins out of 17 nominations so far in her career, and Rodrigo may be following down that road with her early buzz and success. I wouldn't be surprised by the outcome, as I embarrassingly ordered $90 worth of "Sour" album merchandise one night after too many edibles when the album first released. One might also call that music's biggest night.