Gramping Her Style and Debt Valley

My friend just joined a dating site for elite creative professionals. Unfortunately, it grabs your age from Facebook, so you can't shave off years. At 50, she's outside of most men's search parameters—even older men's. What gives? —Concerned 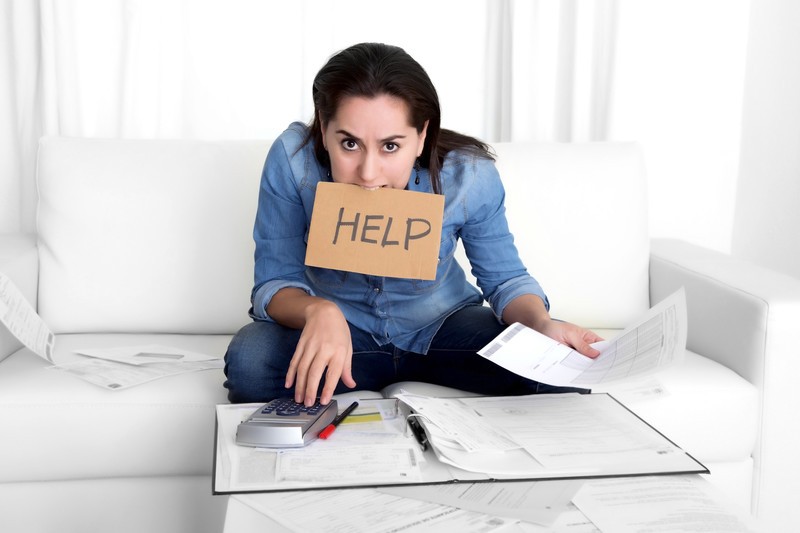 Aging is especially unkind to straight women on dating sites. At a certain point (usually age 46 on), women find their options narrowed to men who wear jewelry—the kind that sends the message, "I've fallen, and I can't get up!"

A study by psychologist Jan Antfolk and his colleagues looked at sex differences in the preferred age of romantic partners. They found—as have other researchers—that "women are interested in same-aged to somewhat older men" throughout their lives. Men, on the other hand, "show a tendency to be sexually interested in women in their mid-twenties," a preference that emerges in their teen years and (sorry, ladies!) remains consistent as men age. And age. And age.

Men's continuing attraction to 20-something women makes evolutionary sense, as, the researchers note, "the highest fertility" in women "has been estimated to occur in the mid-twenties." However, when older men are asked to think practically—when asked not which women are running naked through their mind at the checkout stand but whom they'd have a relationship with—women more similar in age have a shot. For example, research led by evolutionary social psychologist Abraham Buunk found that "men of 60 years old would marry a woman of 55."

Unfortunately, the online dating world—with the seemingly endless stream of hot 20-something women—is not exactly fertile ground for practicality and realism. It isn't that men on dating sites who are aging into the grandpa zone could necessarily get the 20-something chickies. But I suspect that these women's mere presence—hordes and hordes of them—has what's called an "anchoring effect."

This is a term from research on decision-making by psychologists Amos Tversky and Daniel Kahneman. They found that a person's "initial exposure" (to a particular price, for example) "serves as a reference point and influences subsequent judgments about value." Accordingly, in online dating, I suspect there's a reference point that gets set—and it is 22 and bombshellicious and has yet to have a whole lot of meaningful contact with gravity.

Putting this in a less depressing way, in seeking male partners, context matters. Your friend will have more interest from men when she's in a room—in real life—where the female competition is limited in number and is around her age. She might have better luck in online dating at a site specifically for older people. Sites that aren't for the over-50 crowd only are likely to be a continuing disappointment—along the lines of "Hmm...could it be that I accidentally set my preferences to 'wants to die alone in an avalanche of her own cats'?!"

I'm a single chick in my early 30s, and I'm having financial difficulties. I got laid off, and depressingly, it's really hard to find work. Though I want to talk to my friends about it, I'm afraid they'd think I was trying to borrow money, so I've been keeping to myself. —Unemployed

When you've been unemployed for a while, it becomes awkward to propose get-togethers: "Hey, wanna go out on Friday night for a glass of air?"

However, avoiding your friends is probably making things worse—or at least keeping you from feeling better—because social relationships seem to buffer stress, including stress from one's currently grim "socioeconomic status." This term, explains social psychologist Emily D. Hooker, refers to "an individual's relative rank in society based on their income, education, and employment." Hooker notes that lower socioeconomic status—whether measured by such things as income and occupational prestige or mere perception of one's own status—is associated with higher mortality and poorer health. (Great, huh? You're not only short on cash; you're being rushed into an urn.)

But there's good news from Hooker's research. When participants were exposed to social stress in a lab situation, those who perceived themselves to have lower socioeconomic status but felt they had social support from others in their lives had lower levels of the stress hormone cortisol (as compared with those with a more "Eek! I'm all alone!" orientation).

As for you, guess what: People who care about you want to know what's going on with you. Ask your friends to join you in activities that don't cost money, like gallery openings, and they'll get that you're just looking for company, not moocher-tunities. You really can have both the support and fun of friendship and a bank account that resembles one of those shells of a building in the Old West with a few tumbleweeds blowing through it.