A few weeks ago, I wrote about movies that changed the world—and now here we are, coming up on two of them that have the power to do just that. Local nonprofit, The Father's Group, is taking over the pop-up drive-in for a night, showing one of the most powerful documentaries to have come out over the last decade.

After an encore screening of "The Last Blockbuster" on 9/11 and a showing of the James Baldwin masterpiece "I Am Not Your Negro" on 9/12, BendFilm and The Father's Group are teaming up to show "John Lewis: Good Trouble," a documentary focused on the life of the civil rights icon and longtime legislator. Proceeds from the screening will not only support The Father's Group, but they're also handing out backpacks and school supplies to children and families whose resources have been depleted by COVID. 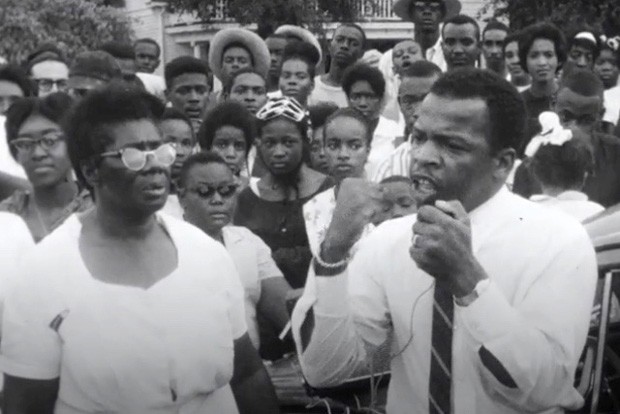 The Father's Group started initially as just a few dads getting together and talking about what was going on in the community with school systems, policing and leadership—basically discussing ways to make the community better for their kids. It was the murder of George Floyd, however, that made the group start becoming proactive instead of reactive.

Now, it's more than just conversations. I talked to Marcus LeGrand of The Father's Group, who explained how they're looking to become a powerful resource for the community. "We're going to work with the police," says LeGrand, "to develop a leadership development program. We're also working with the Bend-LaPine school district to help overcome some of the racial tensions and concerns that happen with parents and students of color—but work together to use restorative justice practices to make that happen. Let's go in with an open heart and an open mind in this community in terms of trying to overcome some of these things and work together to make change."

Lewis was much more than just an icon, and the documentary explores not only his history and achievements, but also really sheds light on the man, demystifying him for generations to come. "I want our community to see more than just a civil rights leader," says LeGrand. "He was a father, husband, and a profoundly spiritual and philanthropic gentleman. For years, he has been the gold standard for African American men, and his contribution to the world needs to be celebrated."

Lewis just passed away in July. With the election coming up and worries of voter suppression becoming a part of the debate, we have to hold tight to the fight Lewis dedicated his life to, because it's nowhere near over.

"Imagine if you're a person of color, African American or Latino or Native American, and you're trying to make change for your community, but you don't know how the systems work," says LeGrand. "You don't know where the money and the resources come from. Yeah, you're going to school every day but no one told you, I hate to say it, you're an full-time equivalent. You're a number, you're a resource. So if they know how these systems work then they know how to navigate that system and make it an advantage for their community to be stronger. Every parent wants the same thing: they want their kids to be better citizens and have the option to navigate this without having any strife."

LeGrand hopes the film inspires conversation as well as raising funds for kids. "Hopefully this will be an opportunity to have meaningful discussions with your family, friends and co-workers about how the violent and social justice in the documentary is very similar to today," says LeGrand. As we see the struggle for social justice being fought all across the country every day, Lewis' message is just as imperative now as when he participated in the Freedom Ride in 1961. Hopefully, for once, we all hear it together.