Cyclists across the nation are foregoing the smoothness of tarmac in favor of gravel and dirt. Bike manufacturers are building bikes that are more comfortable, compliant and approachable. And event promoters are leading the charge, offering more scenic, challenging and adventurous routes for the gravel fanatics. A big one happens this week around Bend. 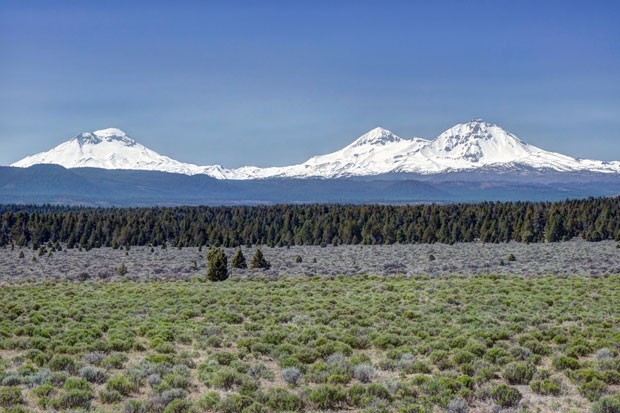 The Oregon Gravel Grinder Series is the brainchild of organizer Chad Sperry and his team at Breakaway Promotions. It's an evolution of his popular Gorge Roubaix gravel race. Sperry is a well-known promoter with events such as the Mt. Hood and Cascade Cycling Classic, Tour of Utah, and the U.S. Nationals under his belt.

"As a promoter I had always wanted to incorporate gravel into our road races. We first introduced gravel at the Cherry Blossom Stage Race in 2009. No one else I knew of was doing this sort of thing. People loved it so we began introducing more of it to our races. In 2012 we launched the Gorge Roubaix, modeled after the spring classics races in Europe, like the Tour of Flanders and Paris-Roubaix, mixing sections of gravel and dirt along with sections of pavement. (In the last 5 years) we have seen the market transition again," says Sperry. Race promoters are seeing a decline in participation in traditional road racing, with riders wanting more gravel in their rides.

That has much to do with the increase in drivers and the lack of infrastructure to support such events. Combined with the high percentage of distracted drivers, it's no wonder cyclists are moving away from pavement. Statistics show that while the overall number of bicycle accidents in the country is declining, the number of fatal bike accidents is on the rise. In 2015, according to People Powered Movement, there were 45,000 reported bicycle accidents in the U.S., down from 50,000 the prior year. However, the number of fatal accidents increased by more than 12 percent during this same time.

Sperry says, "Gravel bike tech has created more traction, comfort and control which has helped in the growth. Bikes are super light, super fast and super fun to ride."

"We now offer a series of long rides that are fully supported and have between 70 and 90 percent gravel on them. It is more about finishing a hard ride, enjoying a beer and great lunch, than banging handle bars and sprinting to the finish. We still do chip timing so riders can see how they stack up, but it is more about the adventure than competitive racing."

"Gravel riding is a common junction for cyclists. Riders from all disciplines (road, triathlon, cyclocross, MTB) gather at these events. It's a common meeting place for cyclists," he says. "It's what makes it such a great discipline. Its more laid back and social than 'winning at all cost.' There is a much higher level of camaraderie within the riders," he continues. "We create these events with a party type atmosphere, with beer and music and great food that lends itself to the community aspect of cycling. Gravel events are breathing new life to the sport of cycling. It's the gateway to growth we have been looking for in the past decade."